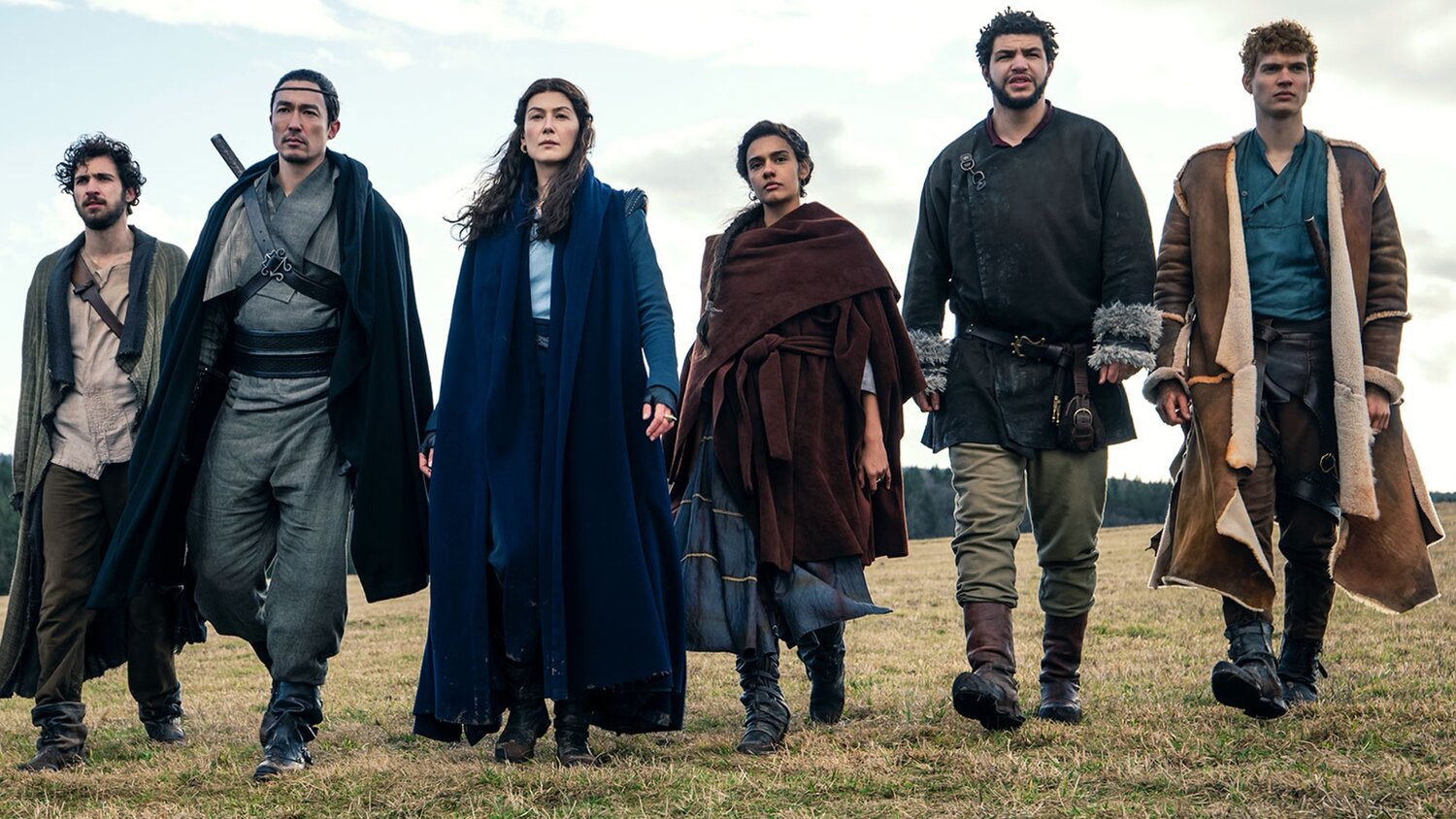 Amazon has shared a few photos from its upcoming adaptation of the fantasy book series The Wheel of Time giving us a first look at what we can expect from the show. We also have some new details to share with you thanks to members of the cast and crew talking about the show with EW.

The series stars Rosamund Pike, and the story “is set in a high fantasy world where magic exists, but only certain women are allowed to access it. The story follows Moiraine (Pike) a member of a magical, shadowy, and influential all-female organization who leads five young people on a journey around the world, one of whom is prophesied to be the Dragon Reborn (Josha Stradowski), a powerful individual who will either save humanity or destroy it.

“Moiraine, a member of a magical. shadowy and influential all-female organization who leads five young people on a journey around the world while trying to learn which one of them will fulfill the prophecy of the Dragon Reborn. It’s explained that she rescues a handful of young villagers after monsters attack their community of Two Rivers. The group of new refugees doesn’t trust her, but Pike shared, “Moiraine is the guide figure in this world, the mysterious stranger who comes to town and changes their lives forever. They leave with her on a journey that will either save or destroy humanity.”

EW explains that as a member of the Aes Sedai, “Moiraine is a master at channeling a magical force called the One Power. Lifetimes earlier, both men and women were able to access the magic, but an evil known as the Dark One tainted the male half. Now any man capable of mysticism is hunted by the Aes Sedai and stripped of his abilities (a process that can turn fatal). Exemplifying this fate is Logain (Álvaro Morte), a man capable of channeling the One Power who attempts to assert himself as the reincarnation of the Dragon, a long-lost messiah. In the photos above, you can can get a glimpse of what the Aes Sedai do to him as a result.”

Showrunner of the series Rafe Judkins explains, “Just as men are often trying to shut down female power in our world, the Aes Sedai are trying to stop this man from becoming too powerful. If, hypothetically, one of our male characters were able to use the One Power, they understand the stakes of it from what they see of Logain.”

If you’re a fan of the books that the series is based on, you’ll be happy to hear that Judkins tries to “stick to the spine and the heart of the books, and bring that to the screen.” He goes on to say, “If I can successfully do that, the story and the characters will sell themselves.”

The series is set to drop on Amazon in November 2021.