As the name suggests, Blackwater Holylight employs stark contrasts in sound throughout their entire body of work and manages to be brutally heavy, without being all together musically heavy at all. Silence/Motion is an emotionally devastating dark divergence for the Portland, OR-based outfit that embodies grief and recovery both throughout the world and personally. Those who discovered the band with their self-titled album or Veils of Winter, or both, might be surprised at the darker spaces Silence/Motion inhabits.

Opening on a somber note, “Delusional” employs an insane juxtaposition of doomy fuzz, innocent vocals from Allison “Sunny” Faris, backed by black metal style vocals from Thou‘s Bryan Funck. This opening track sets an impressive tone for the level of sonic exploration the album will take from beginning to end.

“Who The Hell” brings a darker 80s vibe to the forefront, with the slower pacing creating an ethereal, but almost threatening atmosphere. Title track “Silence/Motion” takes yet another genre shift into an acoustic opening to string-laced midsection surge. Unlike the previous tracks “Falling Faster” has a sense of hope in the opening notes, ebbing and flowing between comfortable and painful waters.

“MDIII” brings back the delicious fuzz from delusional and the vocals veer into soaring notes without abandoning their lullaby quality. But the soaring in these vocals isn’t the hopeful or epic type, but rather like a swan song, carrying the thread of pain that ties this album together. It is also nice to hear both the title track and “MDIII” utilize some tremolo picking in their buildups, without completely veering off into left field.

“Around You” features an easygoing yet rhythm that is easy to get lost in, before closing with “Every Corner”, a track that induces paranoia with the notes and features the savage backing vocals of Mike Paparo of Inter Arma.

Blackwater Holylight have been and remain a largely deeply accessible band, that manage to find the balance of sonic exploration while working with classic verse/chorus structures, vibrant harmonies, and catchiness. Silence/Motion feels like a sinister lullaby, with the bookending tracks of “Delusional” and “Every Corner” setting the tone of deceptively savage melancholy.

However, while accessible, Silence/Motion takes a much darker turn from previous works and merits multiple listens to fully encapsulate the power held in the lines of the lyrics and the notes of each track. Track by track, Silence/Motion is a devastating journey of visceral pain and catharsis – with each track serving as a blow of emotional reality – with the final shrill scream on “Every Corner” being the cathartic release we all need. 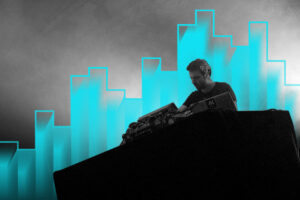 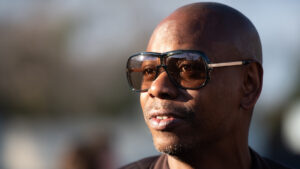 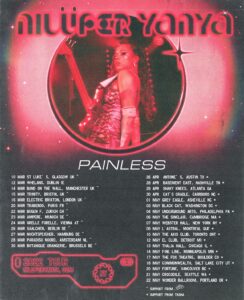