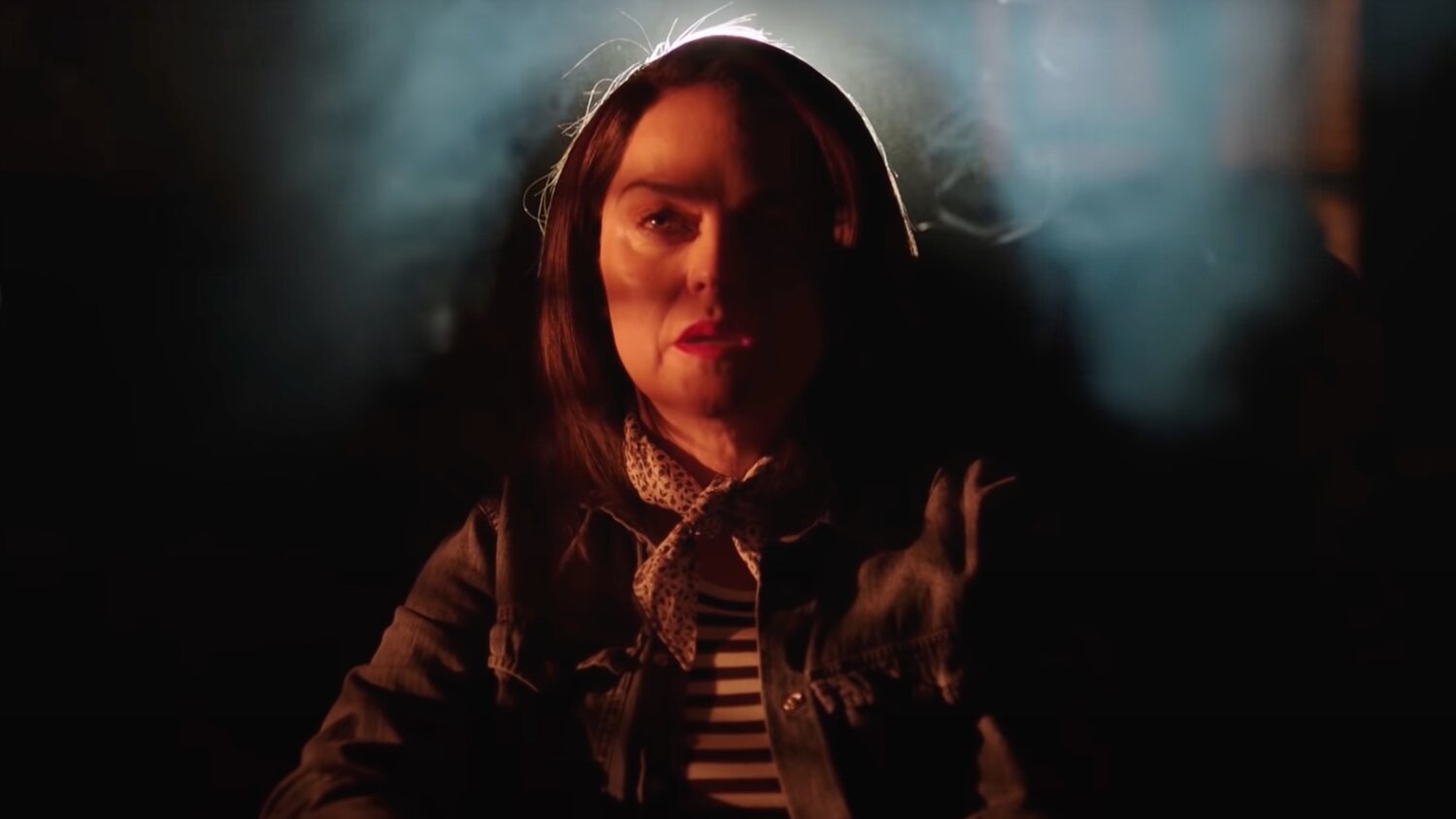 BET has released a trailer for an upcoming suburban thriller titled Karen which is about a racist woman who makes life a living hell for a Black family that moved in next door to her. As you’ll see, the woman, who is played by Taryn Manning, has no filter and she has no issues with making her new neighbors feel super uncomfortable. I mean, she makes comments about her neighbor “slaving away” in the kitchen.

The film comes from director Coke Daniels and he’s looking to explore the fears and struggles of Black people in a movie thriller format, kinda like what Jordan Peele has done with his films, but this one doesn’t look as good as the films that Peele makes.

Here’s the official synopsis for Karen:

Karen Drexler (Taryn Manning), a racist white woman who makes it her personal mission to displace the new Black family that has just moved in next door to her. Community activist Malik (Cory Hardrict) and his wife Imani (Jasmine Burke) are the couple who have just moved to the Atlanta suburb, but they won’t be backing down without a fight.

There’s no release date for the film set yet, but does it look like something you’d be interested in watching?