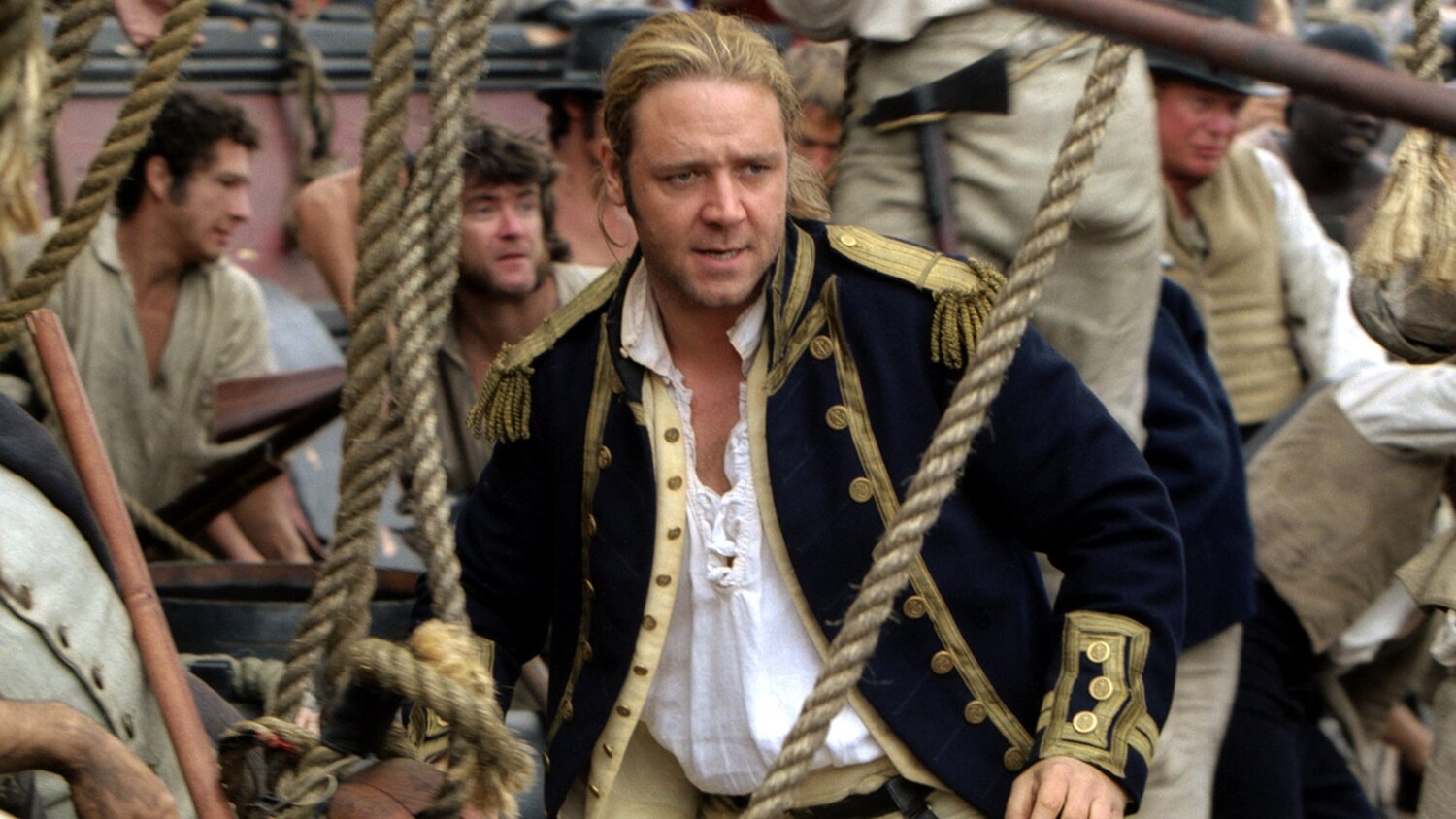 I’m a huge fan of the 2003 adaptation Master and Commander: The Far Side of the World, it’s a favorite movie of mine, and I’ve been wanting to see a sequel for that movie for years!

That original movie came from director Peter Weir and starred Russell Crowe as Captain Jack Aubrey. The story is set during the Napoleonic Wars, and the Captain pushes his ship and crew to their limits in pursuit of a formidable French war vessel around South America. The film is based on of Patrick O’Brian’s book series that consists of 20 novels that follow the adventures of the Jack Aubrey of the Royal Navy and his crew.

Well, after all these years we’re actually going to get a new Master and Commander movie! 20th Century producing the movie and it’s being written by A Monster Calls scribe Patrick Ness. However, this movie will not be a sequel. They’re basically going to start from scratch and try to build a new franchise.

The report says that this new film would be based on the first book in the series, “which shows a young Aubrey when he is given his first command and also explores how his friendship with his naval surgeon, Stephen Maturin, who was played by Paul Bettany in the original film, begins.”

Since this story is set in the early days of Aubrey’s life, we can expect to see new younger actors cast in the lead roles. My hope is that this film will have the same level of storytelling quality and production value as the original film. I’m happy that we are getting a new Master and Commander movie, but they have a high standard to reach.

Master and Commander: The Far Side of the World went on to make more than $200 million worldwide and received 10 Oscar nominations for including one for Best Picture. It was the same year that The Lord of the Rings: Return of the King won Best Picture.

What do you think about the fact that we are getting a new Master and Commander movie?