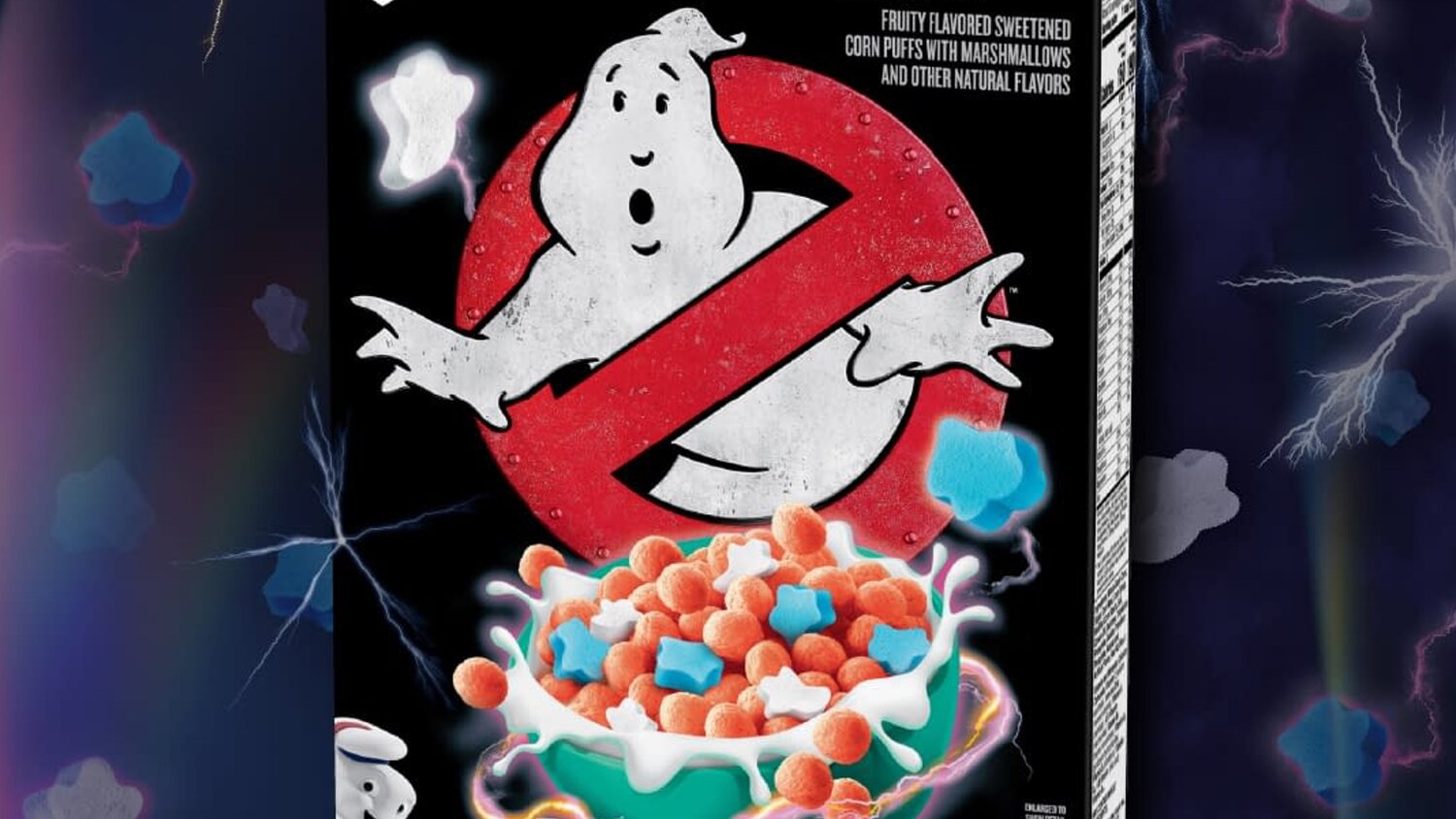 Man, this brings back some memories! I remember eating Ghostbusters cereal when I was a kid! It was easily one of my favorites. That original product came from Ralston and was produced from the mid-1980s to the early 1990s, I was super bummed out when the cereal was discontinued and I couldn’t have it anymore.

Well, thanks to the upcoming film Ghostbusters: Afterlife and General Mills, we are getting a new Ghostbusters cereal similar to the original, and I couldn’t be more excited! I’m gonna stalk up on this shit!

Ghostbusters cereal borrows inspo from the upcoming movie release which is a continuation of the iconic 80’s flick, premiering later this year. In anticipation for the sequel, enjoy fruity flavored sweetened corn puffs with ghost and ectoplasm-shaped marshmallows. Who you gonna call?! Ghostbusters!

The blue ghost marshmallows are based on a new blue ghost being introduced in the film called Muncher. The original cereal had white ghosts as marshmallows and the fruity flavored corn puffs were shaped like the Ghostbuster’s logo.

I just hope that when I eat this new cereal the flavor transports me back to when I used to eat the cereal as a kid. The Ghostbusters: Afterlife cereal will be available in family size boxes for $3.99 and regular boxes for $2.50. There’s no release date, but the cereal is expected to hit shelves in early to mid-April.

Ghostbusters: Afterlife is set decades after the events of 1989’s Ghostbusters II. The story focuses on a young family related to a member of the original Ghostbusters team who move to a farm in Oklahoma. They end up encountering and fighting a variety of supernatural threats in their new home as well as exploring their family legacy. The movie is slated for release in November 2021.