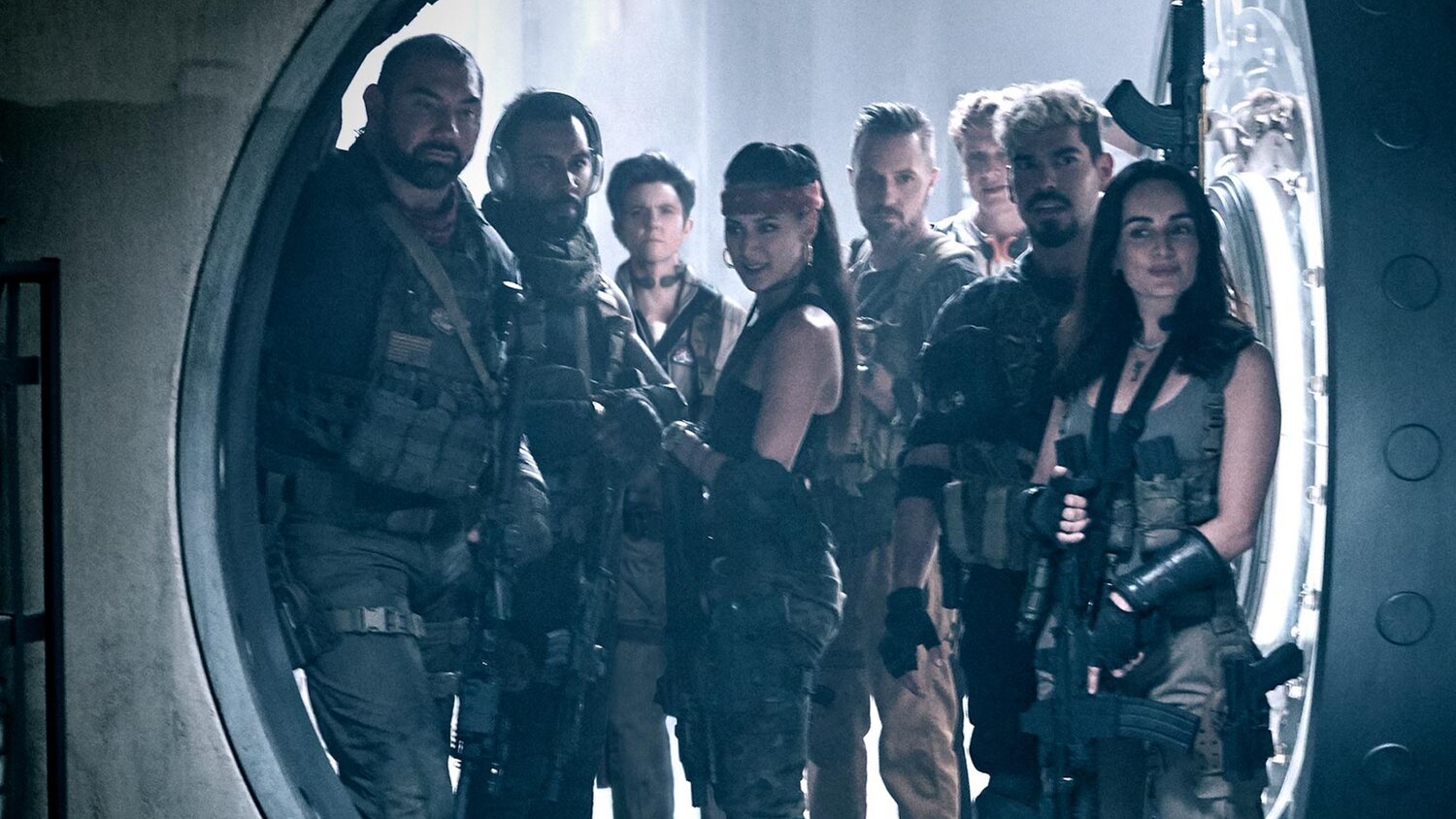 A couple of new photos have been shared for Zack Snyder’s upcoming zombie heist movie, Army of the Dead.

The new images were shared by EW, and the site also offers up some new details on the film thanks to an interview with Snyder. The film focuses on one “capable hero who assembles a team of undesirables to infiltrate an impregnable fortress (in this case, a Las Vegas casino) during an undead uprising.”

When talking about the film, Snyder looks to get fans pumped up saying:

“It is a full-blown, balls-to-the-wall zombie heist movie, so it’s genre-on-genre in a great way. So you expect pure zombie mayhem, and you get that, 100 percent. But also you get these really amazing characters on a fantastic journey. It’s going to surprise people that there’s a lot of warmth and real emotion with these great characters.”

Snyder’s inspiration for the movie came not long after making his remake of George A. Romero’s classic Dawn of the Dead. It’s explained that the new film’s setup is that “a plague has been released from Nevada’s secretive Area 51 military base. The U.S. government has managed to contain the outbreak by building a wall around an overrun Sin City. But there’s still all that cash in zombie-infested casinos, if only somebody is brave (or dumb) enough to try to go and get it.”

Snyder went on to say:

“With Dawn, we made a zombie movie but tried to do it all the way with all of those tropes of the genre. That was so fun, so I started to think of what were other genres that story didn’t have room for. It’s this tone where you have fun with the genre but you don’t make fun of the genre — it’s a fine line.”

Snyder explained that he took the project initially to Warner Bros. but they didn’t want to spend a lot of money on a zombie movie. While he tried to explain to them that it was more than just a zombie movie, they just weren’t interested. Then Netflix came to the table.

“We were in a meeting at Netflix and I was talking about some of these scripts I was working on and I mentioned the idea to [Netflix head of original films Scott Stuber] and he was like, ‘That is the movie! Go write that movie and let’s make it.’ I was like, ‘What, do you mean now?’ And he’s like, ‘Go write it tomorrow and we’ll do shoot it in a week.'”

That must’ve been a super cool experience for Snyder! It’s safe to say that’s never happened to him in his career. It’s a rare thing to happen in general!

Netflix is also producing a four-hour animated prequel series that will tell the origin story of the plague. Snyder explains, “I’ve done a very deep dive with the why of the zombie plague and where it starts. Sufficed to say, that it does come from Area 51 — that’s in the film’s opening scene – and then the whole cast is in the animated series, along with Christian Slater as the bad guy. We really do a super deep dive on where this like zombie plague came from.”

Some other details that Snyder revealed for the film is that there will be different levels of zombies and says that “there’s a line where the president says going to nuke the city of Las Vegas to end the zombie plague – that it’s kind of patriotic to do it on the Fourth of July.”

Dave Bautista is set to star in the film movie. He didn’t want to do it at first, but after reading the script he was sold. He even turned down a role in James Gunn’s The Suicide Squad to star in Army of the Dead. When talking about the movie, he said, “We’re running around killing zombies on craps tables. It’s just a ton of fun.”

Army of the Dead will be released on Netflix sometime in 2021.