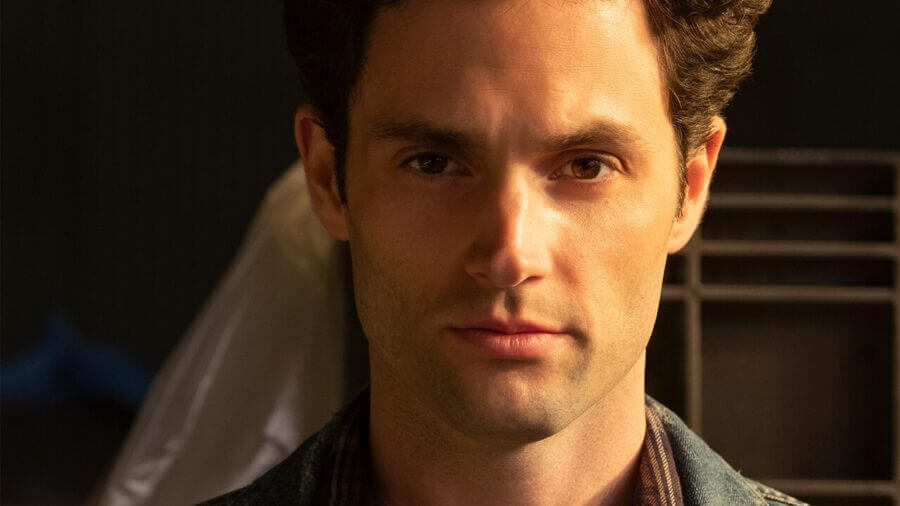 You season 3 has been renewed by Netflix and is due to release in 2021. We’ve gotten a few snippets of information regarding the third season including four new characters (two of which have been cast) and some production updates. Here’s our complete guide to what we can expect from season 3 of You.

In less than a month after its season two release, Netflix has confirmed its commitment to You, by renewing the popular psychological-crime drama for a third season. It shouldn’t come as any particular surprise given the second season was viewed by over 54 million people.

The second season saw a change of scenery for Joe, moving from the Big Apple that is New York to the Golden Coast of Los Angeles.

Changing his name to ‘Will’ it didn’t take long before his new muse arrived, Love Quinn. Despite his determination to change his murderous way, naturally, people just seemed to die around Joe. A climactic finale left fans wanting more, and thankfully Netflix will be providing the goods eventually.

Now let’s get into everything we know about season 3 of You.

Has You been renewed for season 3 at Netflix?

According to our sources, season 3 of You was in “active development” shortly before its season two release date. Our sources also indicate that Greg Berlanti and Sera Gamble will remain the showrunners for season 3 and it’s due to be filmed in California once again.

The series was given an official renewal on January 14th, 2020 with a short teaser. It mentions “New Year, New You“.

See you soon, neighbor. YOU S3 is coming. pic.twitter.com/rCJx7K9v0P

For season 3, the You writers now have their own Twitter account as of February 27th and will likely be chronicling their progress.

Hello, You. Yes, YOU @Twitter. We have arrived #YouNetflix #FirstTweet

What to expect from season 3 of You on Netflix

Below, we’ll now cover what we know and speculate about what we can expect to see from season 3 of You.

New and returning cast for season 3 of You

In September 2020, we learned that You is currently casting a brand new member of the cast. His name is Dante and here’s what the casting call says about the character:

“A veteran whose sight was damaged in combat, Dante works at the local library. A step-father to his partner Ted’s two boys, Dante is sarcastic, world-weary, and unfailingly dependable. We are looking for an Actor who is Visually Impaired – this includes LOW VISION (degenerating vision), LEGALLY BLIND or Totally BLIND.”

A casting grid also confirms (not to anyone’s surprise) that Penn Badgley, Victoria Pedretti, and Saffron Burrows are also set to return.

In October 2020, we got word via Netflix Queue that two new cast members had joined for season 3.

Shalita Grant is the first new name who is known for her stints on NCIS and NCIS: New Orleans where she plays Sonja Percy. Her new role on the show is as Sherry.

Travis VanWinkle is the second new casting who seemingly will be quite close to Joe in season 3 as he “invites Joe into his inner circle”. Travis is known for his roles mainly in the 2009 horror movie Friday the 13th.

Shalita Grant will play Sherry, a “Mom-fluencer” who appears down to earth, but is actually a mean girl who only pretends to welcome Love into her social circle.

Travis VanWinkle will play the wealthy Cary, who invites Joe into his inner circle pic.twitter.com/Js70prlmZv

On October 21st, Netflix Queue announced another addition to the cast with Scott Speedman joining the cast as Matthew. Scott is previously known for roles on Underworld and The Strangers.

Scott Speedman has joined the cast of YOU Season 3!

He’ll play Matthew, a successful CEO, husband, and uncommunicative father. He’s reserved, mysterious, and has a tendency to be withdrawn … all of which masks a deep well of emotion underneath pic.twitter.com/EYp7Xfg65u

What will happen in season 3 of You?

Season 3 is set to continue adapting Hidden Bodies by Caroline Kepnes with episode 1 currently titled “And They Lived Happily Ever After”. Episode 1 is written by Sera Gamble and Mairin Reed and directed by Silver Tree. You can see the script posted by the writers account below.

Season 3 script for You

The second season saw a huge twist at the end of the ninth episode when it was revealed that Love Quinn, had murdered Delilah. Joe was out Joe’d by Love when she revealed she had been following him and knew of his antics all along, but loved him all the same. She also revealed she framed her brother, Forty and killed his lover when they were teenagers.

Forty, unaware of his sister’s actions, attempted to protect her from Joe but ultimately lead to his death. Attempting to execute Joe, Forty was shot and killed by Officer Vasquez, who had followed Delilah’s sister to Anavrin. With Forty’s attempted murder and Quinn’s money situation resolved, Joe was wiped off the suspect list for Henderson’s death.

Moving to a home in the suburbs, with a heavily pregnant girlfriend, the third season is set up when Joe heavily hints his new “victim” will be his next-door neighbor.

Lead actor, Penn Badgley has his own theory on what to expect from Joe, in season 3. He believes that Joe will seek to find what was taken from him in his childhood, heavily insinuating that Joe will try to uncover what made him become a sociopath.

With the books story ending at the second season, a third season will see the largest leap yet away from the source material. Caroline Kepnes’ book Hidden Bodies was the inspiration for the story of the second season, and despite the series deterring from the main plot of the book, it was still a wealth of information on the characters. Caroline Kepnes’s only work since that release being Providence, a separate story altogether.

Showrunner Sera Gamble has stated that they do have plans for season 3 having said back in January 2019: “I will say that we have an idea for season 3 that is SO exciting that people talk about it in the [writer’s] room every day.”

Where is You season 3 in production?

As of March 2020, the series third season was still in the writing phase and we were expecting filming to get underway in the summer. However, with all the COVID-19 disruption that never came to fruition.

All of the writers worked on writing the series exclusively from home as they shared on their collective Twitter account.

We hope you’re doing your best to social distance/stay home right now. I know it’s hard, but it’s important right now. And we hope our new writing partners bring you some joy. Feel free to post pics of your isolation buddies in this thread too. Much love ❤️

Digital Spy had stated that filming will begin in February 2021, and will still arrive in 2021 however that’s now thoroughly debunked.

In September 2020, we got word via scooper Daniel Richtman that You season 3 is tentatively due to begin filming in early November 2020 and then film until “Late April 2021”. He also revealed the set, as with most other Netflix productions, will have strict COVID-19 restrictions.

On November 2nd, 2020 we got official confirmation that season 3 was in production.

We recommend you stay at least 6 feet from Joe Goldberg at all times.

YOU Season 3 is back in production. pic.twitter.com/ijti25tPFk

It’s also worth noting that around the time the series should conclude filming, Caroline Kepnes (the author of You) has revealed that the third book of the series, You Love Me, is scheduled to be published on April 6th, 2021.

When will season 3 of You release on Netflix?

The most important question of all. When could we expect to see You season 3 on Netflix?

So far, only a broad 2021 release date has been announced. As we mentioned in our production tracking above, we’re expecting the series to be filmed from late 2020 into 2021.

That means that, right now, we’re expecting a Q3-Q4 2021 You season 3 Netflix release date. That means anywhere between July 1st to the end of 2021.

Are you looking forward to another season of You? Let us know in the comments.