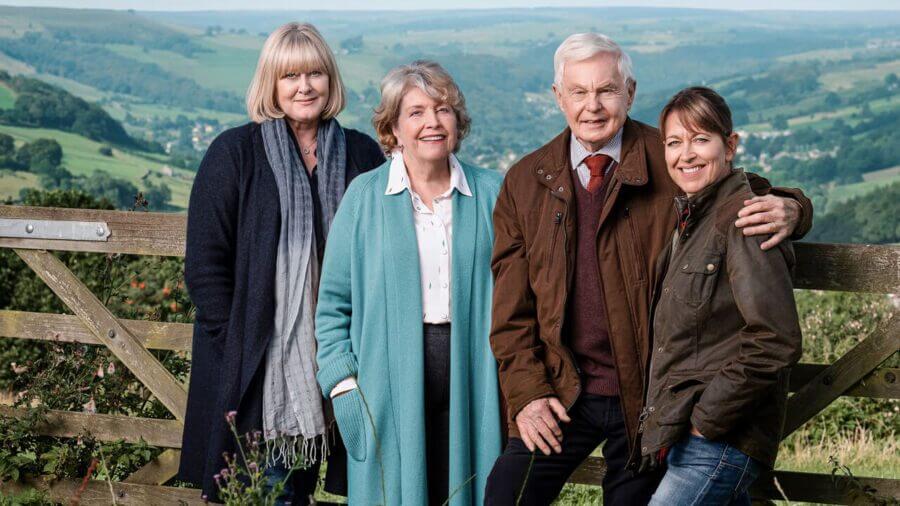 Before we dig into the future of the show on Netflix, let’s quickly walk you through the series if you’re not familiar.

The British series, written by Sally Wainwright, is about a couple who reunite 50 years after their relationship began.

The series airs first on BBC in the UK but also airs in the United States on PBS.

When we first wrote this piece looking into whether season four would come to Netflix, we had no idea the path the series would take with our original prediction of summer 2016 being well and truly incorrect.

That’s because the series went effectively on hiatus on Netflix with the series actually being pulled in full from Netflix US in November 2019. It wasn’t long until they were re-added with all three seasons returning to Netflix US in February 2020.

When will season four of Last Tango in Halifax be on Netflix?

There is some good news and bad news for season four of Last Tango in Halifax which aired back in December 2016.

The good news is that after four long years, Netflix US is finally set to get season four of the series in January 2021. It’s currently due to arrive on Netflix on January 12th, 2021.

The bad news is that it’s a very short season. In fact, it’s only two episodes in total.

When will season five of Last Tango in Halifax be on Netflix?

Season five aired on the BBC in early 2020 with an expanded (at least compared to season four) episode count, with four episodes airing.

As for when they’ll come to Netflix though is anyone’s guess, unfortunately. A lot of the time we can figure out license renewals based on annual occurrences but with BBC titles and especially one with erratic release schedules as Last Tango in Halifax, it’s very hard to predict.

Our money would be on either some point later in 2020 or in early 2021 given that’s when Netflix has picked up S4 and returned S1-3.

Are you looking forward to more episodes of Last Tango in Halifax returning to Netflix with new episodes? Let us know in the comments.