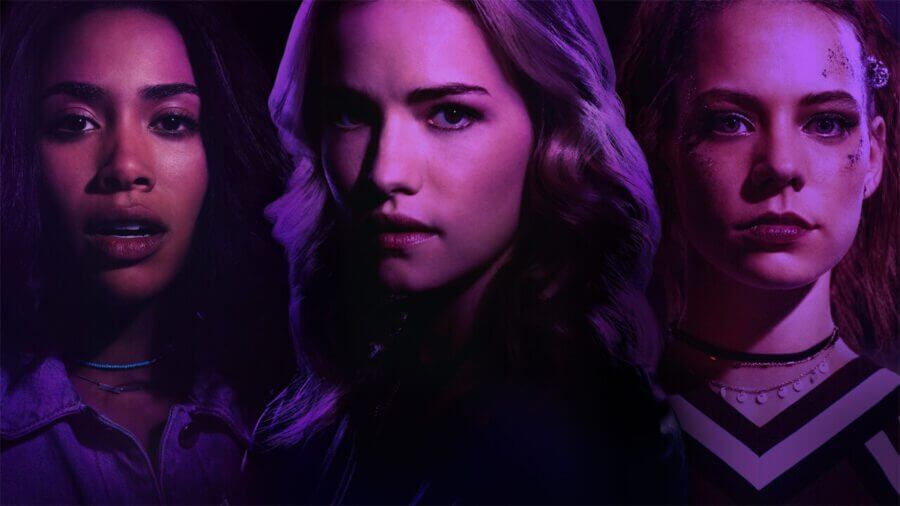 Dare Me season 1 just touched down on Netflix USA long after it aired on USA Network and we feel slightly bad for the title as unfortunately, it’s highly unlike Dare Me season 2 will ever be coming to Netflix. Here’s why.

Before we get into the nitty-gritty of why there won’t be a season 2 (or why it’s highly unlikely to happen) let’s quickly recap Netflix’s involvement and what the show is for those who may be looking at this to determine whether or not to watch season 1.

The teen drama series followed a cutthroat cheerleader squad from the Midwest. It’s based on the 2012 novel by Megan Abbott and ran for 10 episodes on its run between December 2019 and March 2020.

Netflix’s involvement in the show is often confused but the show’s run on Netflix international is more down to them being the international distributor as opposed to a full co-production although the results are the same.

Since the show was added to Netflix US on December 30th, the show has remained in the top 10s ever since and is sitting at number 6 as of January 5th, 2021.

Will Dare Me be back for season 2?

A month after the series concluded, it had been announced that USA Network had decided not to renew the show.

No official reason was ever really given for the show’s cancelation with most citing the excellent reviews the shows picked up. THR speculated that it marked more of a sign of USA Network’s changing strategy focusing more on unscripted programming. It scored relatively well with its ratings.

Could Netflix revive the series solo?

Please note: this section is speculative.

The likelihood is that Netflix has already had the chance to revive the show itself but has opted not to. In a TVLine piece about the cancelation, they say the show is being shopped to other outlets but coming up on a year later, that seems like it’s a very remote possibility.

That hasn’t meant fans already asking for Netflix to continue Dare Me for a second season.

Can Netflix take Dare Me and make a season 2 pls😩

Netflix’s customer support channel even gave a fan a reply saying to follow for social media announcements (although don’t get your hopes up, this is a canned response).

Hey there! We currently don’t have any news on season 2 of Dare Me but make sure to continue following us on social media for future release announcements. 👍 -CA

Would you like to have seen Netflix continue Dare Me for season 2? Let us know in the comments down below.