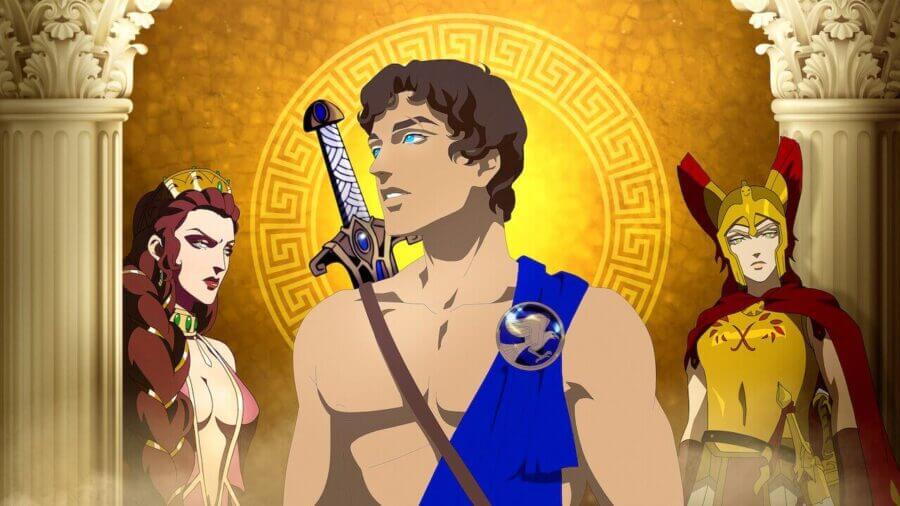 It’s a quiet Tuesday on Netflix with the addition of three new titles to the UK library. Anime fans will be happy to see today’s highlight. Here’s what’s new on Netflix UK, and the top 10s for October 27th, 2020.

First of all, here is today’s top highlight on Netflix UK:

The studio behind Seis Manos and Castlevania is back once again for another incredible season of anime. Taking inspiration from the plethora of Greek Mythology, we suspect Blood of Zeus will be a smash hit with anime subscribers.

In the world’s beginning the Gods of Olympus, lead by Zeus, defeated the Titans. In the wake of their victory, the last Titan cursed the Gods and unleashed the Giants on the world. Many years later, an army from the East, using the essence of fallen giants to fuel their armies power, descend upon Greece. On the outskirts of Greece, a commoner, Heron, learns of his heritage as the son of Zeus, and his destiny to save the world.

Rebecca continues its small run at the top and Barbaren unseats The Haunting of Bly Manor!

What are you going to be watching on Netflix UK today? Let us know in the comments below!