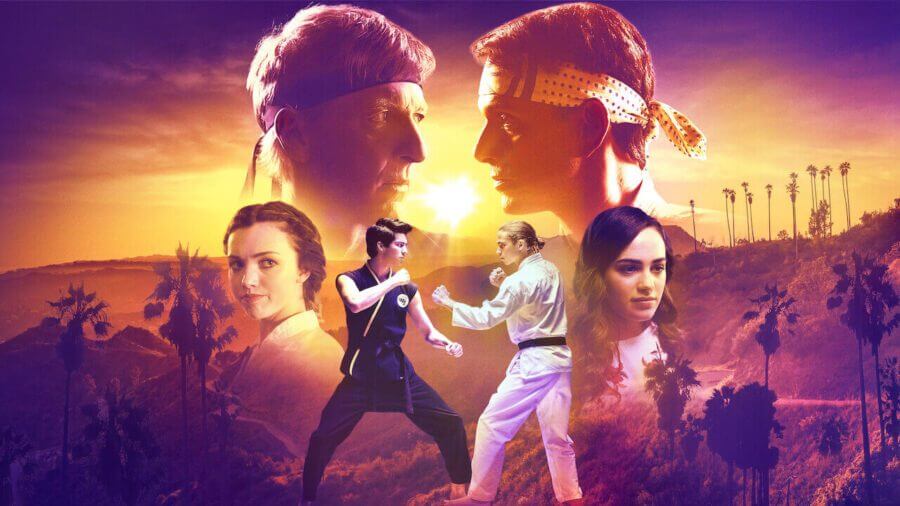 It’s been an extremely busy start to the year for Netflix Australia with the addition of 90 new titles. There’s a little something for everyone to kick start a new year, including some fantastic returning Netflix Originals. Here’s what’s new on Netflix Australia this week, and the top 10s for January 1st, 2021.

First of all, here are the past week’s top highlights on Netflix Australia:

Fans of Cobra Kai who previously watched the series on YouTube had to wait over a year and a half for the third season to arrive on Netflix. The wait has been more than worth it, and we imagine there will be plenty of other subscribers binge-watching season 3 this weekend.

30 years after the events of The Karate Kid, Daniel LaRusso and Johnny Lawrence continue their long-standing rivalry when Johnny reopens the Cobra Kai dojo.

The revival of the teenage witch with a twist has been very popular amongst Netflix subscribers but many fans have struggled to come to terms with Sabrina coming to an end with its climactic fourth season.

With her sixteenth birthday fast approaching, Sabrina must make a choice, live her life as a mortal, or join the path of night and hone her powers as a witch.

Over the past fifty years, we’ve seen many different variations of Scooby-Doo on our screens. Love or hate the various new movies and TV series, 2020 brought one of Scoob’s biggest animated adventures yet.

When a plot to unleash the ghost dog Cerberus is unveiled, it’s up to Scooby-Doo and the gang to stop it.

What are you going to be watching on Netflix Australia to start the new year? Let us know in the comments below!