She’s one bad witch, that Sabrina. After numerous hijinks and getting into trouble constantly throughout part three, we can already tell that Sabrina is going to get into double the trouble going into part four. Sadly, this will be the last we see of Sabrina on Netflix, as the series will conclude with part four. Until then, we’ll be keeping you up to date with all the latest news and info for Chilling Adventures of Sabrina part four.

As teen-dramas go, Chilling Adventures of Sabrina has been one of the most popular on Netflix to date. With millions of subscribers around the world tuning in to watch the teenage witch in action, it should come as no surprise that already fans can’t wait for part four.

When is the Netflix release date for Chilling Adventures of Sabrina part four?

The stars were aligned perfectly for Sabrina to arrive in October in time for her birthday but instead, the fourth and final part of Chilling Adventures of Sabrina will arrive on Netflix, on Thursday, 31st December 2020.

What time will Chilling Adventures of Sabrina part 4 be on Netflix?

Netflix launches all of its releases from midnight Pacific Standard Time. This means some subscribers will be able to stream Chilling Adventures of Sabrina in the early hours of New Year’s Eve morning.

If you happen to live on the other side of the world and don’t have any plans for New Year’s Eve, you can start the new year by binging Sabrina.

What to expect from part four of Chilling Adventures of Sabrina?

By the end of part three, we’ve been left with a whole multitude of questions for what’s going to happen in part four.

Hopefully, we can answer some of these questions below and what we can expect to see.

What could cause more trouble than one Sabrina Spellman? How about two of them. By the end of part three, Sabrina found herself caught up in a time loop which ultimately leads the teenage witch to have two versions of herself in the same timeline.

Ambrose, figuring out Sabrina has been hiding something, was able to coax her big secret. Visibly concerned, and rightfully so explains to Sabrina that she has now created a paradox that could ultimately lead to some disastrous consequences.

The first seed of potential disaster that has been planted is Father Blackwood getting his hands on the egg of an eldritch monster. With the egg successfully hatched thanks to Blackwood’s ritual, a truly evil horror has been unleashed on the world. As to why Sabrina is to blame for this is because in the time-loop the egg was used to send Sabrina back to the past after Ambrose kept it hidden for years.

Sabrina can now live her life as a teenager while her other self is now the Queen of Hell. We can imagine it won’t take long before her aunties Hilda and Zelda discover the truth as all of Sabrina’s secrets are revealed in the end.

The second Sabrina will have to watch her own back as her father Lucifer Morningstar and Lillith are expecting a baby. If the baby happens to be a boy, then Lucifer may try to usurp his own daughter and plant his son as the next King of Hell.

It looks like Sabrina’s selfishness will cause all kinds of trouble for Greendale in part four.

Prudence came very close to killing Father Blackwood, but it was thanks to her now teenage siblings and Ambrose that the former leader of the Church of Night was spared.

By the end of part three, Father Blackwood has recruited the now insane Agatha to work for him, who in turn murdered Dorcas. To top it all off he has taken back the twins and completed the ritual to hatch the eldritch egg.

Angered by these developments, Prudence blames Ambrose for the events that happened, suggesting that if he had allowed her to kill Father Blackwood in Scotland then none of this would have happened.  It’s very hard to see her logic in all of this, most of the problems were caused by Pagan Witches, Sabrina, and Lucifer. While Blackwood didn’t help the situation, for Prudence to blame Ambrose must be out of grief. If not then it’s just poor writing. Regardless, Prudence will be back on her mission to kill her father, but will she kill him? It’s more likely that fail in her attempt, but if anyone should be the one to do it then it should be Prudence. 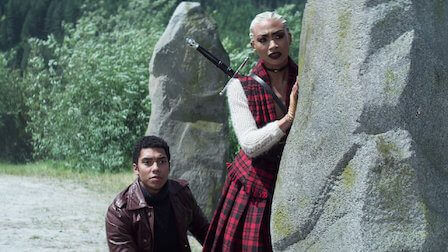 Prudence on the trail of Father Blackwood – Copyright. Berlanti Productions

Will Harvey and Sabrina ever get back together?

There were heavy hints that Harvey still holds a candle for Sabrina, even if he’s adamant he doesn’t. Doubling down on his commitment to Roz, the pair finally took their relationship to the next level by the end of part three.

As to whether or not Harvey and Sabrina get back together is a matter of fate. Harvey and Sabrina clearly hold a candle for each other still, but both are suppressing any lingering feelings. A lot can happen over the course of eight episodes, and if Harvey finds himself drawn to Sabrina again then Roz may notice this with her clairvoyance. 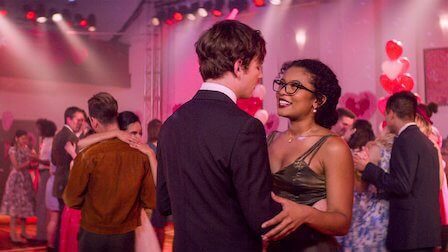 Does Aunt Zelda find new love? Hilda to be wed!?

Thanks to the coven’s change in worship this may result in them being cast out as heathens amongst the other covens that still worship Lucifer.

Zelda has also taken a keen interest in Mambo Marie, embracing her into the coven, sealing it with a kiss. The wise Haitian witch helped the Spellmans numerous times against the Pagans, so it’s only natural she’s earned their trust.

As for the loveable Aunt Hilda, she is now engaged to Mr. Cee! Hopefully, we’ll get to see Hilda tie the know without too many shenanigans in part four. 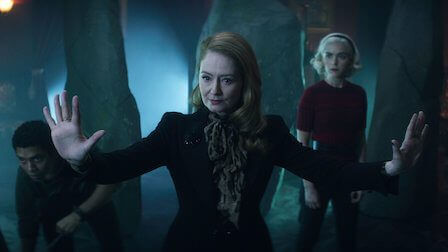 Where is filming up to for Chilling Adventures of Sabrina part four?

This will leave post-production with ample time to add all kinds of cool special effects that we’ve come to love in the series. 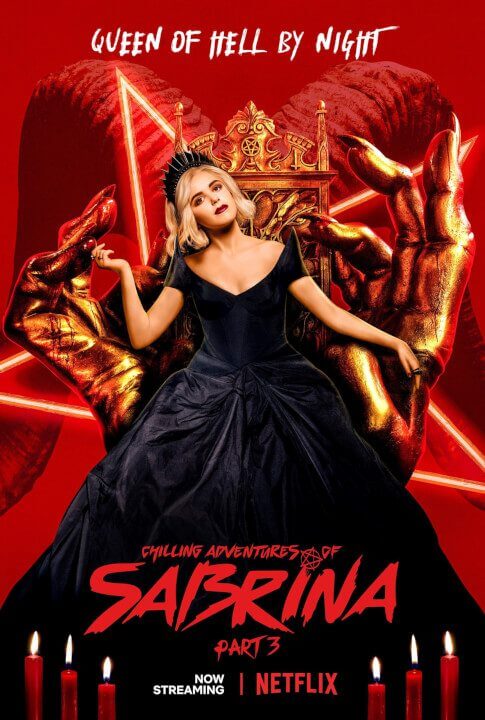 At the time of writing, there is no casting news for part four. We can expect to learn more once filming has concluded and when marketing for part four begins.

From the little we know, we are expecting the following cast members to make a return in part four:

Chilling Adventures of Sabrina will end with part four

After much rumor and speculation, Netflix has confirmed that Chilling Adventures of Sabrina will come to an end with part four of the series.

Working on ‘Chilling Adventures of Sabrina’ has been an incredible honor from day one. The cast, beginning with Kiernan as everyone’s favorite teen witch, has been an absolute joy. I am beyond thankful to the crew, writers, editors, assistants, and everyone for pouring so much love into this dark dream of a show,” said Aguirre-Sacasa. “I’m also grateful to our partners at Netflix, Warner Bros., Berlanti Television and Archie Comics for letting us tell the story we wanted to tell, the way we wanted to tell it. We can’t wait for everyone to see Part Four

Are you excited for the release of Chilling Adventures of Sabrina part four? Let us know in the comments below!