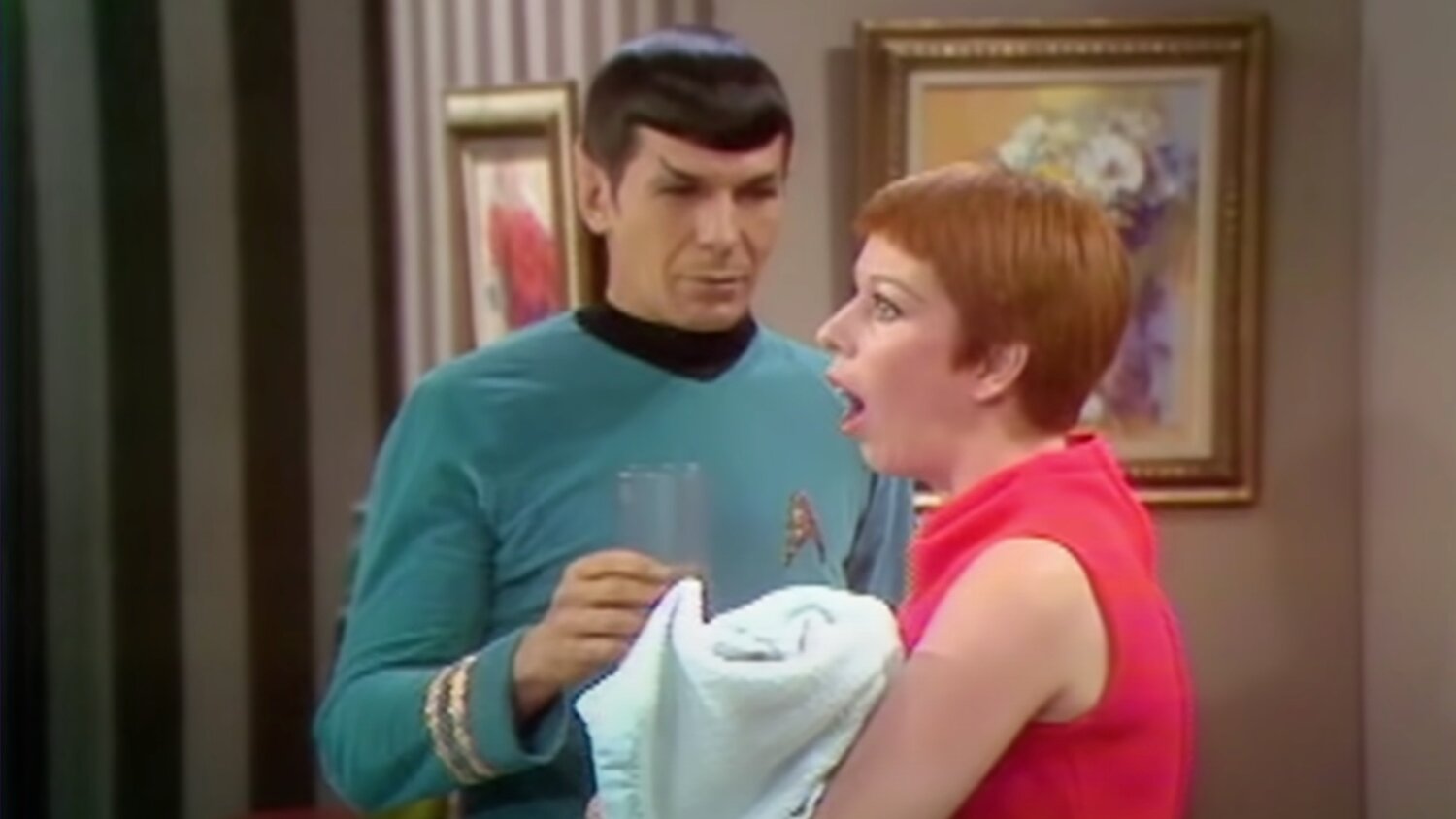 Back in 1967, Leonard Nimoy appeared on an episode of The Carol Burnett Show as his Star Trek character Spock.

In the episode, Burnett played “Mrs. Invisible Man”, a young mother whose baby is invisible, just like her husband. In the episode, she received a tonic to make the infant visible, and after her husband tried it himself, he walks out of the bedroom revealing himself to be Spock.

The video came with the following note:

The most absurd we ever saw Spock was in this 1967 cameo on The Carol Burnett Show!

I’ve actually never seen this episode of The Carol Burnett Show, but it’s pretty damn amusing. Watch it below and enjoy!