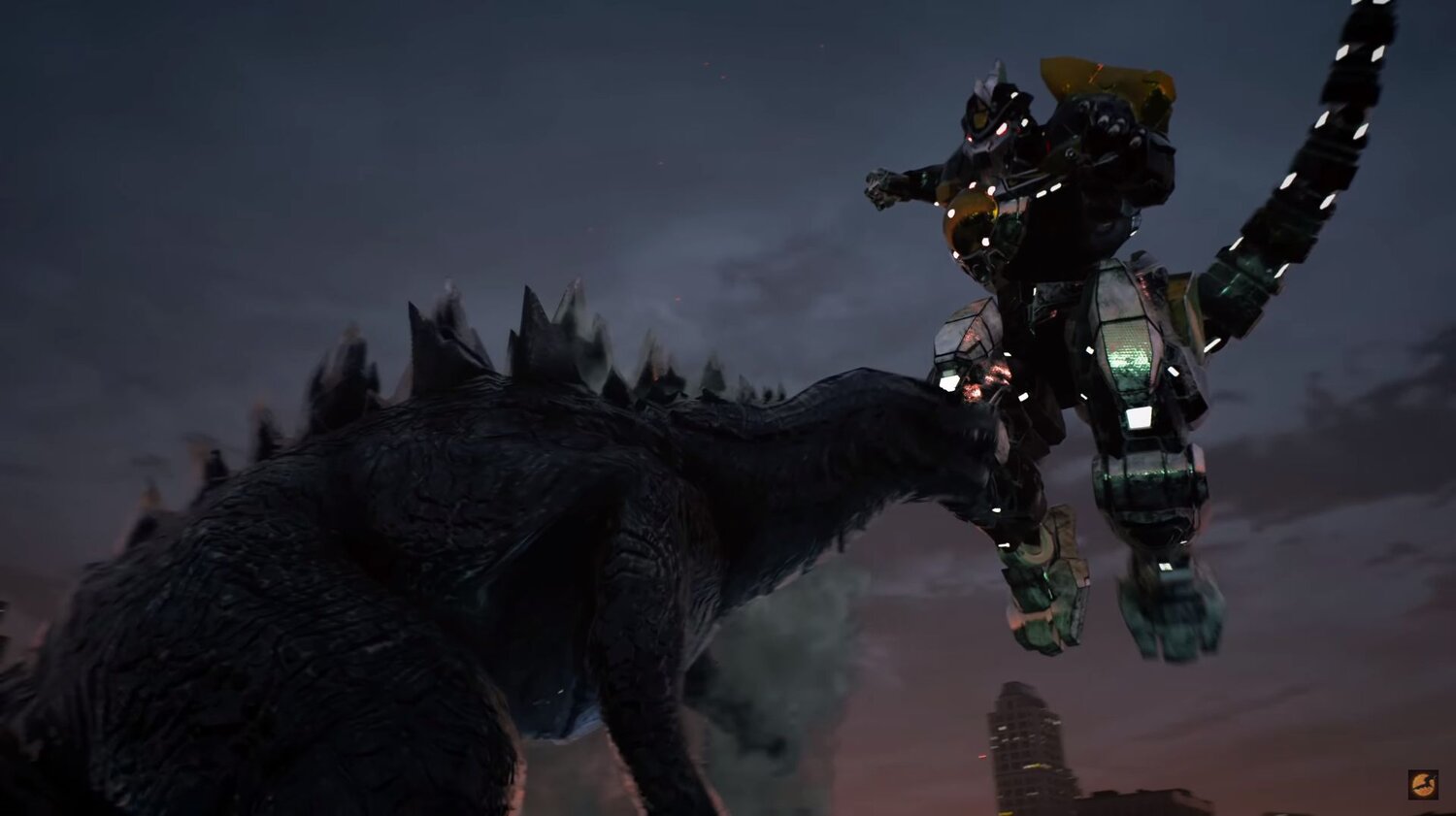 Super Power Beat Down is a fun series from batinthesun where the team pits two iconic pop culture characters against each other. The latest offering is Godzilla fighting Dragonzord from Power Rangers. There’s a nice voice cameo by Jason David Frank in the CGI video directed by Aaron Schoenke, and the fight is fun to watch. I do highly recommend checking out the fight even if I do have one complaint.

While I enjoyed the fight, I will say that I’m not a big fan of their redesign for the Dragonzord. I feel like they made it too sleek. I understand it helps the fight be a bit more interesting, but the arms feel too long and the legs feel too slim and athletic. I think it would’ve been cool if at some point the Dragonzord did call in the other Zords to become Dragonzord Battle Mode which is meant to be more of a fighter, but I can also understand why they didn’t have that happen as it created more of a dragon vs dragon feel to the fight.

What do you think of the outcome from the fight? I wholeheartedly agree with it and am excited for their next video which will be Wonder Woman vs Kratos!