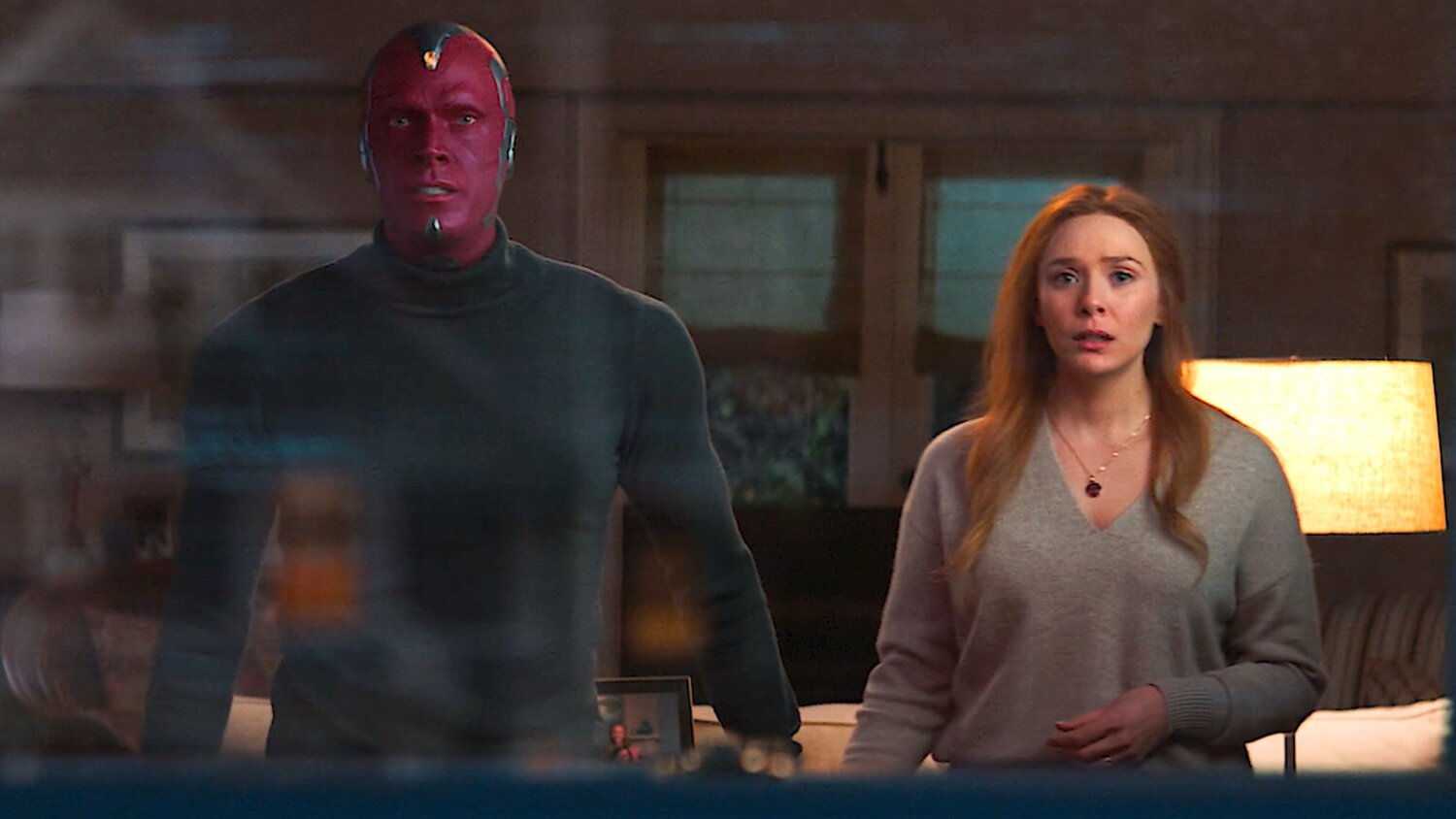 It’s been over a year since we’ve seen anything released from Marvel Studios, but that’s all going to change next week with the Disney+ release of WandaVision. We are finally going to be able to enjoy some Marvel magic again and this one is gonna be a crazy and wild mind-bending story!

During a recent interview with GamesRadar, Paul Bettany talked about the series a bit, saying:

“I think it will make everybody look at the Marvel Cinematic Universe in a whole new way. Marvel has always taken big swings… But we’re a really big swing. There are more VFX shots in WandaVision than we had in Endgame. That’s a big ask.”

I’m curious to know what he means when he says that it will make fans look at the MCU in a whole new way. It’s also interesting a cool to learn that WandaVision has more VFX shots than Avengers: Endgame!

When talking about the scope of the project, director Matt Shakman adds:

“Law and Order this is not. This was not six months of shooting people walking down the same hallway. Kevin [Feige] was really clear from the beginning that this show would be very different but it would also be as Marvel as anything else they’d ever made – including some of the biggest set pieces they’ve ever done.”

WandaVision will feature a blend of classic television and the Marvel Cinematic Universe in which Wanda Maximoff and Vision—two super-powered beings living idealized suburban lives—begin to suspect that everything is not as it seems.

Elizabeth Olsen and Bettany reprise their roles in the series and they will be joined by Teyonah Parris as the grown-up version of Monica Rambeau, Karthryn Hahn as Agatha Harkness, Kat Dennings reprising her role as Darcy Lewis, and Randall Park returning as FBI Agent Jimmy Woo from Ant-Man and the Wasp.

The series is being developed by Jac Schaeffer (Captain Marvel), who is also serving as the series’ producer, showrunner, and head writer.

WandaVision will consist of nine episodes and it will hit Disney+ on January 15th.