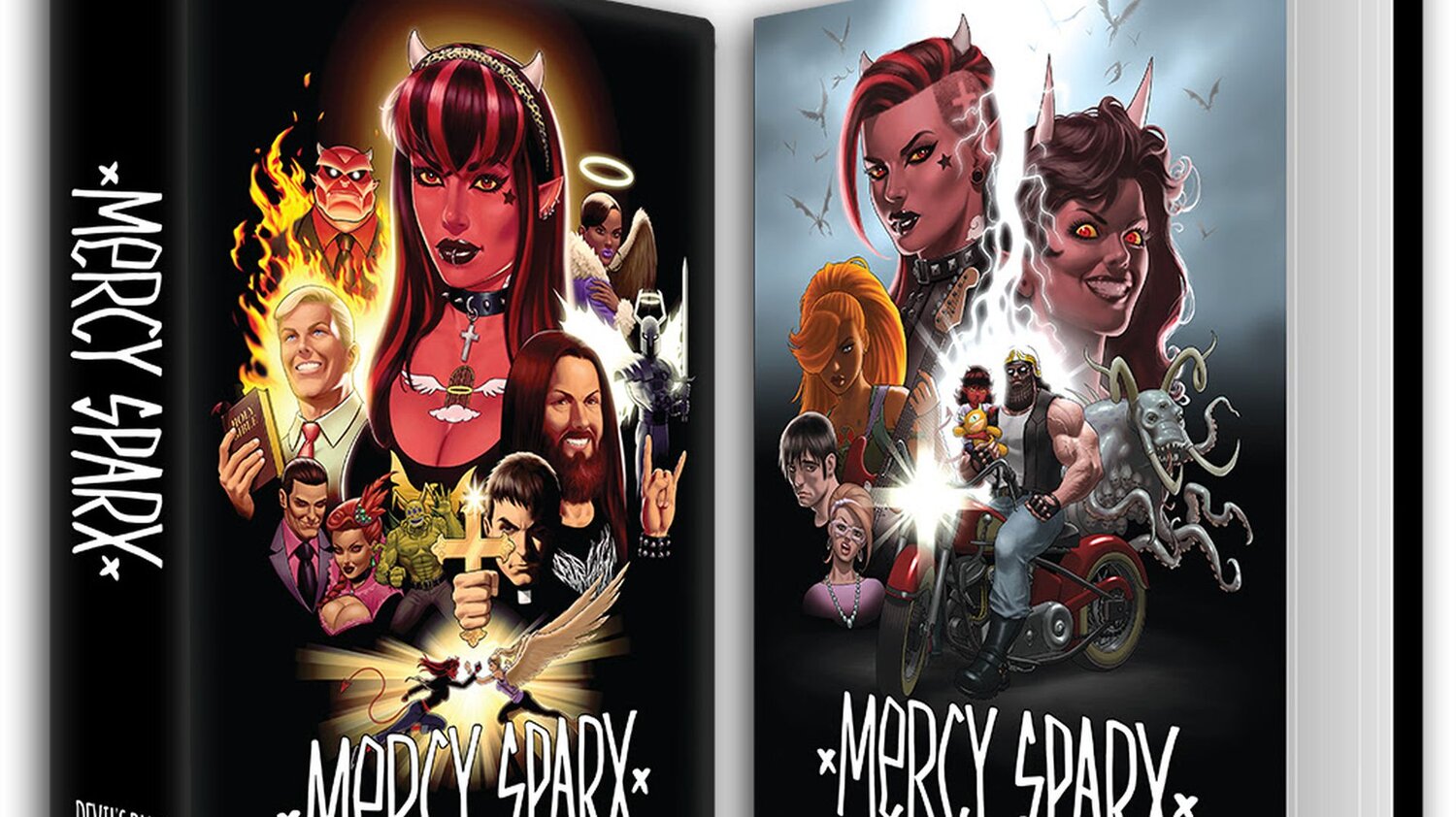 Mercy Sparx is a comic from Josh Blaylock and Devil’s Due Comics that follows a demon hunting rogue angels that are hiding on Earth. If you love the series or you’re wanting to get caught up on the comics before the movie comes out from MGM, a new Kickstarter is great for those who like to go all in or even those new to the franchise.

The Kickstarter offers the second volume of the Mercy Sparx Omnibus which features every Mercy Sparx comic released when combined with the first volume. However, both Omnibus volumes are now available in hardcover.

In addition, there are smaller pledge levels available for those who like digital copies or those who are just wanting a smaller volume of the comics. I know that I’ve been wanting to check out Mercy Sparx for a while and this may be a good way to do it. There’s even a sample you can download from the Kickstarter page to see if this comic is your thing or not.