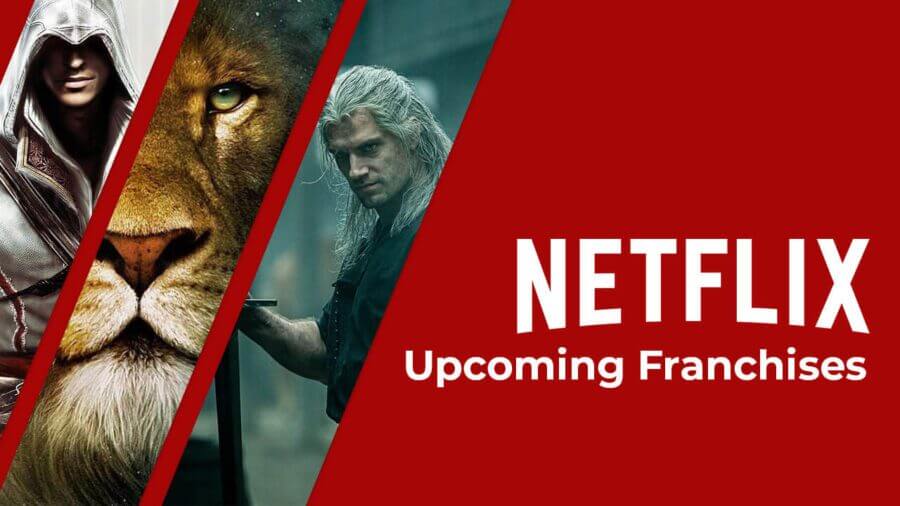 Netflix is investing in Netflix Original content from around the world but as numerous outlets have reported, Netflix is still searching to find a major franchise. Here’s our preview of all the franchise IP Netflix will soon be adapting not only into a single series or movie but have multiple spin-offs and titles in that world available on Netflix.

Last week, Disney dominated the headlines with the announcement that it was diving into two of its franchise further with 10 new series for both Star Wars and the Marvel Universe. This got us thinking about all the upcoming universes Netflix is investing in and here’s what we came up with.

Will Netflix be able to compete with the likes of Marvel, Harry Potter or Star Wars? Unlikely from day 1 but remember, Disney and Warner Brothers have been building up their franchises for decades and Netflix only got into the content space back in 2013.

Stranger Things will be notably absent from this list as we’re only including titles that have multiple titles across different formats included. While there’s been plenty of rumors of spin-offs nothing is officially confirmed.

Army of the Dead

Zack Snyder’s Army of the Dead looks to be getting the franchise treatment on Netflix. Before the movie is set to hit Netflix, it was announced that Netflix will be expanding the universe with an anime series and a prequel movie.

The historical action video game series from Ubisoft has spawned 24 games since the original 2007 release. It’s also seen plenty of books and other media formats cover the franchise including the big movie that ultimately flopped.

Now, Netflix is set to adapt the franchise into multiple titles including a live-action series, an animated series, and an anime series.

We’re hearing other Ubisoft IP is ripe for Netflix adaptations down the line with multiple Splinter Cell adaptations on the way but can’t include them without official confirmation.

For the kids, Netflix is hoping Carmen Sandiego will become a mega-franchise with the animated series and an interactive special currently available on the service globally. Next, Netflix is working on a live-action movie that’s being written by Mark Perez and Evan Daugherty and set to feature Gina Rodriguez.

The title is currently one of the earliest examples of Netflix leaning into the franchise game.

In terms of going up against the likes of DC and Marvel, Millarworld is potentially Netflix’s best bet to date.

Netflix acquired Mark Millar’s Millarworld back in 2017 but has been relatively quiet since then on what Netflix plans to do with it.

It has a wealth of stories and titles to adapt but like Marvel when they were first acquired it’ll likely take some time to get the superheroes featured into the zeitgeist.

The first series in the Millarverse to hit Netflix will be Jupiter’s Legacy in early 2021. While plenty of other titles are in development unfortunately a major setback occurred with the scrapping of The Magic Order.

You can see what else is currently planned from Millarworld in our comprehensive preview.

We’re stretching a little here to call this a franchise but it’s true, many of Netflix’s Christmas movies overlap with each other hence why we’re including it in this list.

You can see a bit more explained about how that happens here but for the addition of this article, we know that The Princess Switch is returning for another outing as is A Christmas Prince.

Resident Evil is a long-established video game IP that first debuted in 1996. Since then, it’s seen many iterations in both video games and movies. Now, Netflix looks to be getting its hands well and truly in the Resident Evil pie with at least two projects confirmed.

The first of the projects is a live-action series that’s due to start production in early 2021. It’s also got at least one anime/animated spin-off that’s due out in 2021 too.

The chances are you’ve read or watched a Roald Dahl adaptation in the past and Netflix will soon be creating a universe around the many titles well known by the prolific writer.

Currently, Charlie and the Chocolate Factory, Matilda and The BFG are in line for adaptations with more on the way down the line.

The Chronicles of Narnia

In late 2018, Netflix announced it would be picking up the rights to the entire Narnia franchise (something no other company including Disney has managed to do thus far).

Now in late 2020, beyond an “architect” for the franchise on Netflix, we’re still in the dark as to what’s coming. We believe a film will kickstart the franchise off on Netflix but we should hopefully get some more news in 2021.

You can see everything else we currently know about the upcoming titles in Narnia in our preview (warning: we don’t know a huge amount!)

The Witcher is Netflix’s real answer to the likes of Amazon picking up Lord of the Rings and Warner’s Game of Thrones. The first season, although didn’t light the world on fire, did score some of the best viewing figures for a debut series.

Now, Netflix is doubling down on the series with a prequel live-action series and anime title coming down the line.

A number of action movies look to be getting the franchise treatment.

Although not all confirmed these are the action franchises Netflix currently has confirmed or is thought to be coming down the line with future titles:

Have we missed any of the franchises Netflix plans to expand with universes in the future? Let us know in the comments.