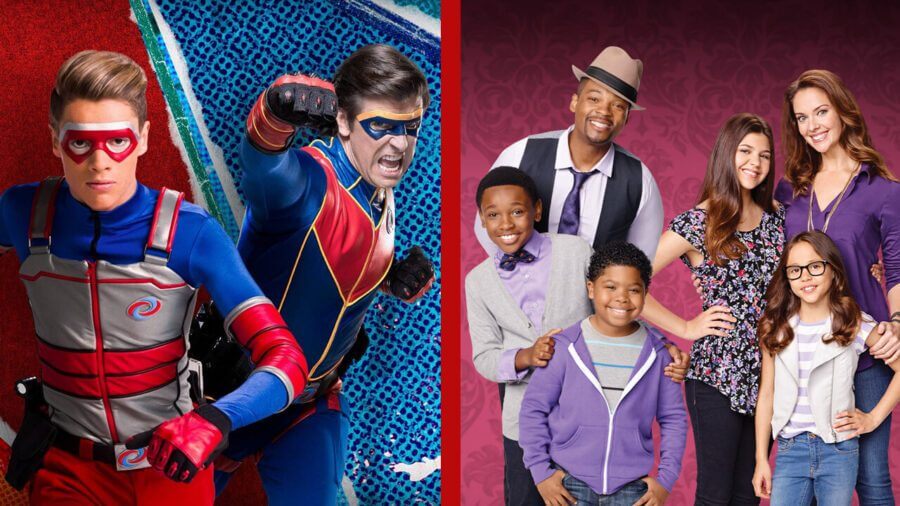 Two live-action Nickelodeon series will be joining Netflix in the United States in January 2021 with all seasons of Henry Danger and The Haunted Hathaways joining the service.

Henry Danger will see all three seasons added to Netflix US on January 15th. It aired between 2014 and 2020 and comes from Nickelodeon super-producer, Dan Schneider alongside Dana Olsen. It’s a superhero series about a 13-year-old sidekick to a superhero.

Review scores are mixed with it currently carrying a 5.6/10 on IMDb.

The other series to touch down on Netflix slightly earlier on January 1st is The Haunted Hathaways.

Running for two seasons across 47 episodes, the series followed a mother and her two daughters who move to New Orleans but discover their new house is haunted.

If you want to see more of what’s coming to Netflix in January ’21, check out our comprehensive preview that’s getting updated every few days.

The last time we got a real dump of Nickelodeon content was back in November 2019 with the release of 13 titles on Netflix. As it’s been well-documented, Nickelodeons library is well spread out across Hulu, Prime Video, and Netflix. Although Paramount+ is expected to house the majority of the content from the kid’s provider, it’s unclear whether their titles will be going exclusive.

In 2021 we should also be getting plenty more Nick content from the output deal that was announced a while back. The Loud House and Rise of TMNT movies should release on Netflix globally this year. We also know that Sharkdog and an untitled Spongebob Spinoff should be on the way too.

Are you looking forward to these two Nickelodeon shows hitting Netflix? Let us know which other Nick titles you’d like to see on Netflix in the comments.