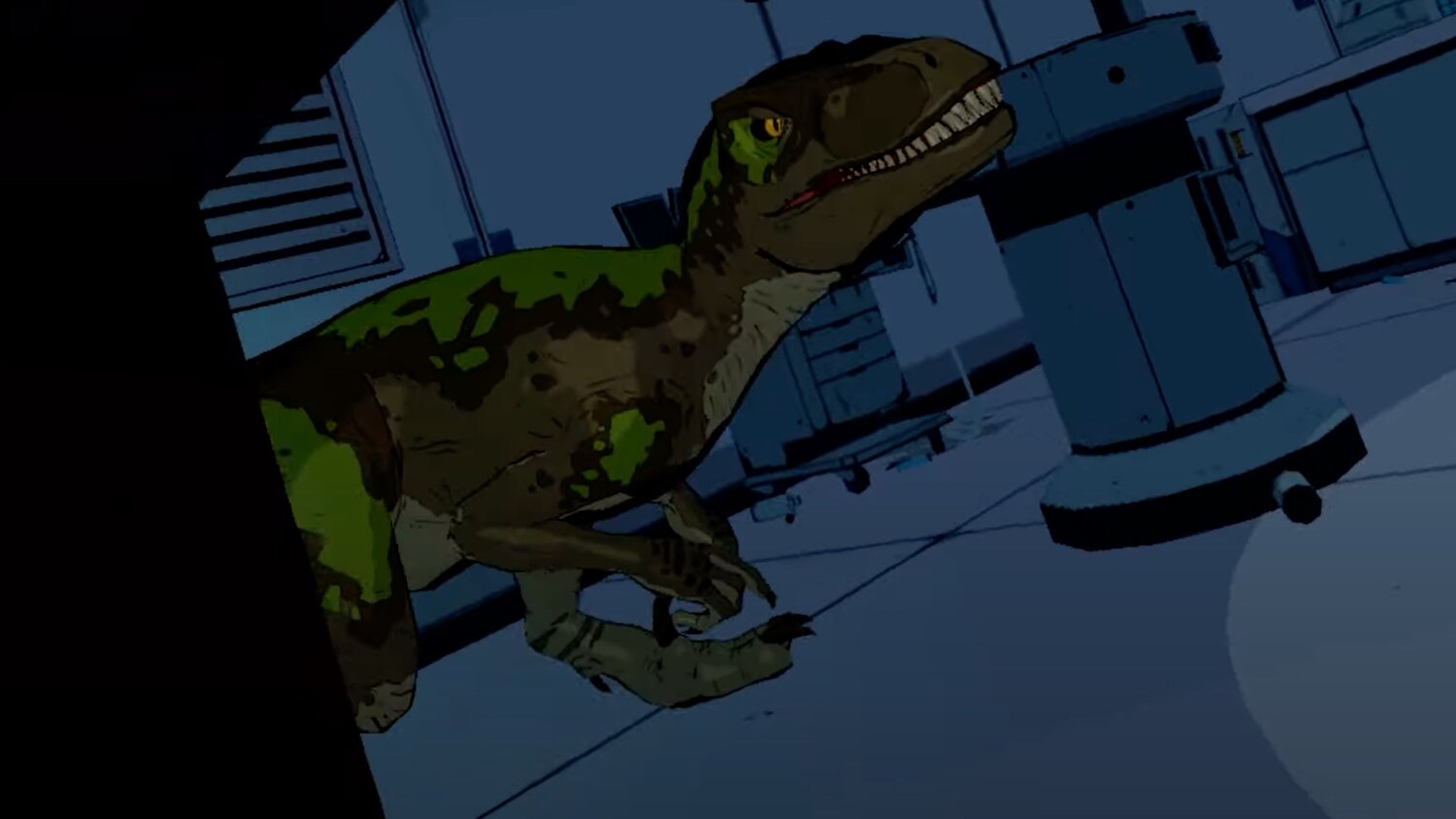 There’s a new VR gaming experience coming to the Oculus Quest that Jurassic Park and Jurassic World franchise fans might appreciate. The game is titled Jurassic World Aftermath, and we’ve got a new launch trailer for you to watch today.

This is an immersive experience, the story of which is set two years after the events of Jurassic World, and players are dropped on Isla Nublar. The goal of the game is to escape through exploration, a series of puzzles, and you’ll also be hiding from Velociraptors who are out on the prowl ready to tear you apart.

You’re basically playing hide and seek with some Velociraptors. Here’s the description that was shared for Jurassic World Aftermath:

Crash-landed on Isla Nublar two years after the fall of Jurassic World, your mission to recover valuable information goes disastrously wrong when you find yourself trapped in an abandoned research facility. Your only hope of escape is to recover the confidential research for your employers on the mainland as quickly as possible, all while being hunted by deadly Velociraptors unwittingly set loose during the island’s evacuation. To survive in this adventure, you’ll need to explore the research facility, solve puzzles, and find ways to distract and hide from the ferocious Velociraptors that stalk your every move.

Vibrant cell-shaded visuals enhance the intensity and the thrills. The result is an immersive Jurassic World experience designed exclusively for virtual reality.

“It’s about evasion. It’s about really learning the velociraptor’s [thinking] … being able to read its body language. You’re going to spend a lot of time sneaking around the facility, hiding under desks, hiding in lockers, hiding in ventilation shafts, and observing.

“There were countless hours spent trying to balance the velociraptor because she was just so damn good. AI really [progressed] to the point where it was very few of us that could actually survive her. And I think we finally got to the point where, when you first start, you’re probably going to die a lot. You’re going to die a lot until you start learning her behavior and … reading her body language and audio cues.”

Sounds like it could be a frustrating game to play at first, but I’ll give it a shot! I’ve been playing games on Oculus a lot recently, and I’m curious to see how this game plays out.

The new VR game is being developed by Universal Games and Digital Platforms Team in partnership with Coatsink Games. The game launches today, December 17th.