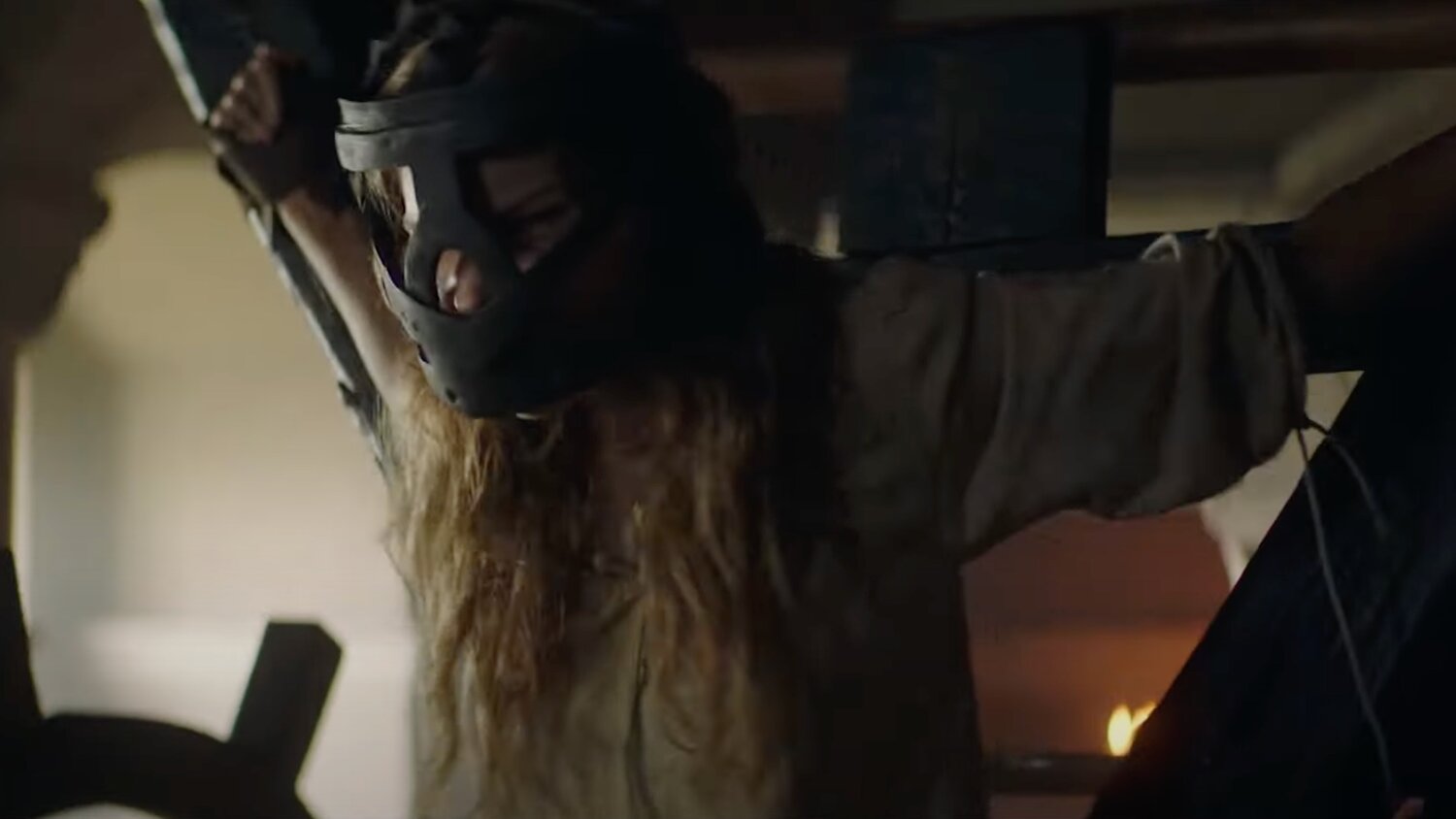 Director Neil Marshall (The Descent, Dog Soldiers, Centurion) has made a wicked cool looking new supernatural horror thriller titled The Reckoning, and we have an awesome first trailer to share with you. The story is set “around the witch hunts and the great plague in England in 1665.”

The film stars Charlotte Kirk (Ocean’s 8, First Kill), and she plays a character named Grace Haverstock, who after “losing her husband during the Great Plague, is unjustly accused of being a witch and placed in the custody of England’s most ruthless witch-hunter, Judge Moorcroft (Sean Pertwee). Forced to endure physical and emotional torture while steadfastly maintaining her innocence, Grace must face her own inner demons as the Devil himself starts to work his way into her mind.”

The movie definitely looks like the kind of genre film that I’d enjoy watching. I especially like the setting of this one being built around the witch hunts and the plague.

The Reckoning will be released in theaters, On Demand and Digital HD on February 5, 2021. It will then premiere on Shudder.