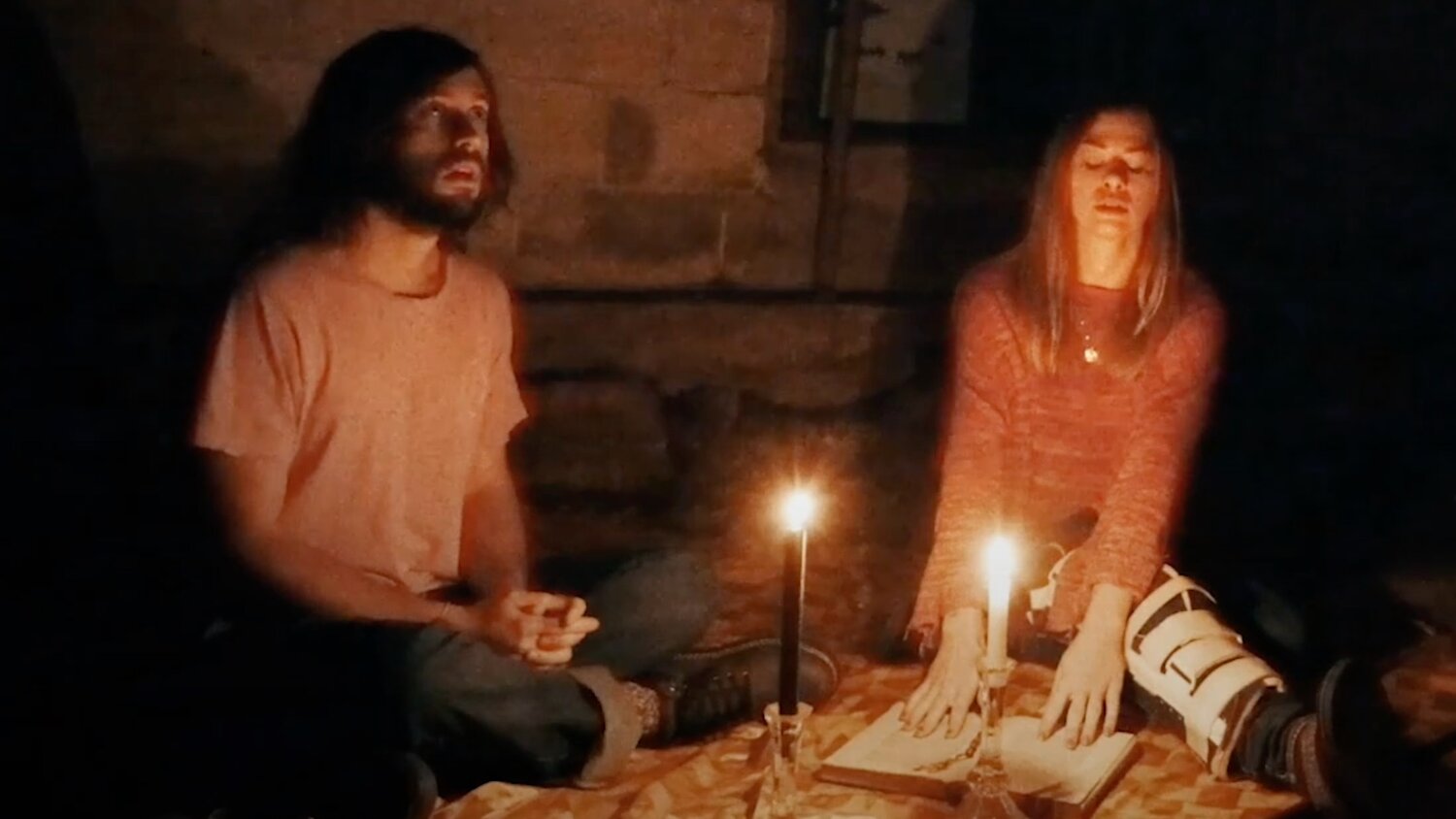 We’ve got a trailer to share with your today for a new found-footage paranormal horror thriller coming out titled Curse of Aurore.

Curse of Aurore tells the story of “what occurs when a ‘dark web’ USB drive reveals chilling footage of three American filmmakers researching a historic child murder in rural Quebec. The true child murder case is that of Aurore Gagnon — a girl who died as a result of brutal child abuse inflicted by her parents in 1920. As the three filmmakers search for inspiration in the quiet farm town of Fortierville, the place where Aurore died and is buried, they witness a number of bone chilling paranormal occurrences ultimately leading them to an attempt to communicate with the child. Armed with a stolen book called ‘Languages of the Dead,’ and a rosary from Aurore’s childhood home, the filmmakers take part in a makeshift seance, foolishly releasing a demonic force that can only be contained through a brutal & archaic ritual.”

The movie comes from director Mehran C. Torgoley, who talked about the film, saying, “My goal was to elevate the found footage genre by making the viewer not just a voyeur, but to feel like they are an active participant in the supernatural events of the film.”

The film doesn’t really look like anything unique, but it might make for a simple and fun ghost story to watch. The movie stars Llana Barron, Lex Wilson, Jordan Kaplan, Agathe Salzmann, Casey Nolan, Roxane Delisle, and Mike D. Smith.

Curse of Aurore will be released direct-to-VOD on January 12th, 2021.