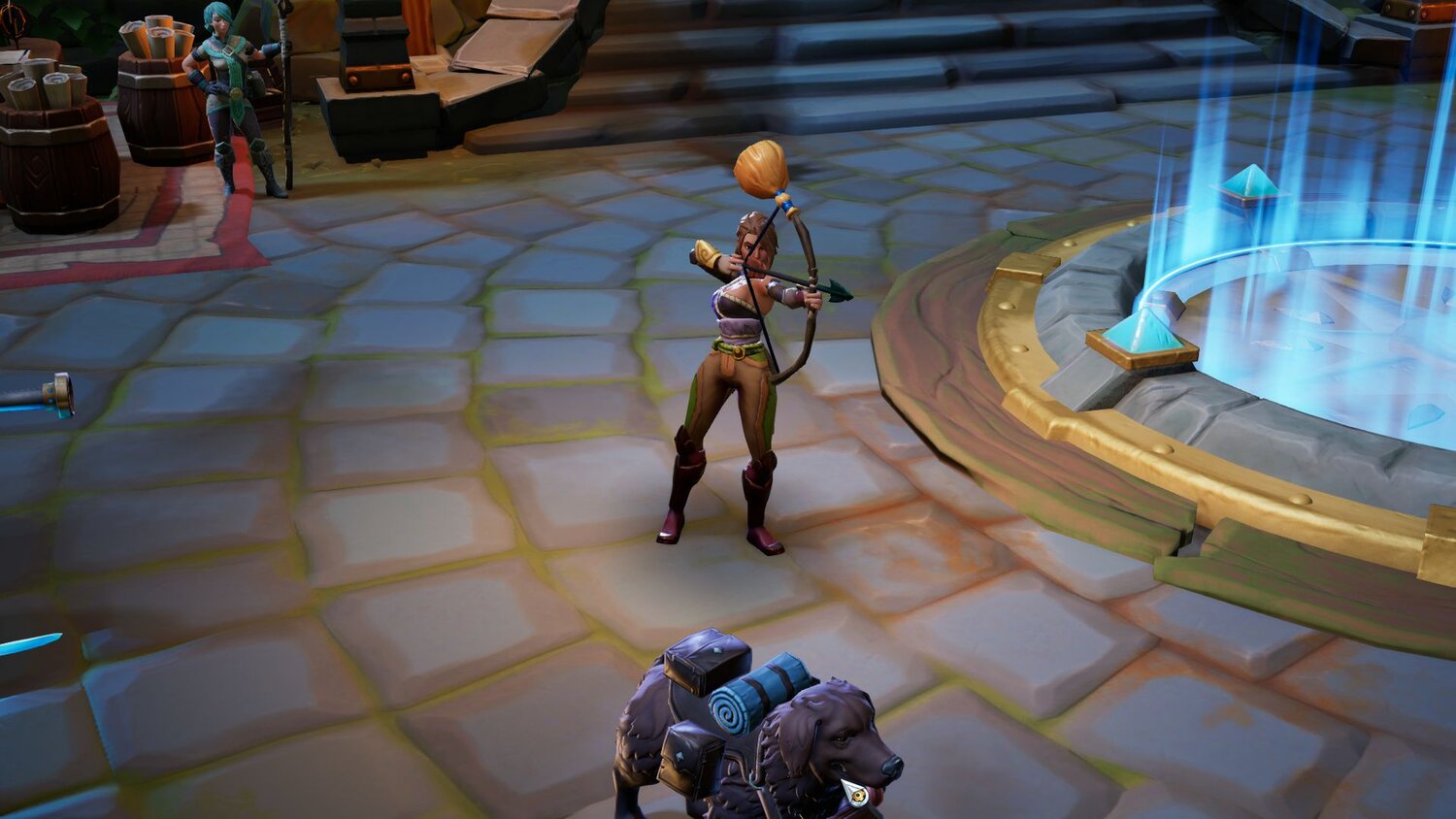 Last month, Torchlight III left the Early Access model and became available in full on PC, PS4, and Xbox with the Nintendo Switch version coming out a week or so later. Echtra Games and Perfect World Entertainment were kind enough to send me codes for PC and Nintendo Switch to review and as I’ve been playing I’ve developed some thoughts. The game is also available on PS4 and Xbox One.

I want to start on the downer notes today. First, I’m still frustrated that when you create your character you can change their hair, but there’s no way to rotate your character during creation and see what they look like from any angle other than the front. This still feels like a huge oversight that I imagine should be a simple fix.

My other main downer is the simple fact that you have different characters for single-player and multiplayer games. This is very annoying to me and I cannot think of any reason why it needs to be this way. If the concern is having overpowered characters helping lower-level characters, they could easily do things like adjusting a character’s level/power based on the area they’re in. The only other concern that I can think of is that some players may not want to do the multiplayer stuff, so that’s why they’re separate. Once again, I don’t understand why they essentially created two servers for each player then instead of allowing characters to flow back and forth depending on how players want to play. I started playing the game with my friend and then I decided I wanted to continue the story in an offline session. Well, you have to go back to the multiplayer window anyways and have others running around. In essence, it just feels like an MMO rather than an ARPG dungeon-crawler.

A side downer I have is that on console, there’s no couch co-op. I would’ve loved if I could’ve just sat down and played the game with my wife on our Switch together. Sadly, that’s not possible like in other ARPGs. Another side downer that is fairly minimal, but hopefully comes in the not distant future is the lack of cross saves. If you have Torchlight III on multiple platforms, you can’t move your characters around. I really hope that this changes.

Now, this is neither a positive nor a negative per se, but I wanted to talk about the controls on PC. A mouse and keyboard are my preferred method for this game. I feel like it is more accurate. Unfortunately, I feel like I’m clicking my mouse to death and I dislike the lack of strafing. You’re either attacking or you’re moving. Can’t do both. Meanwhile, if you use a controller, I feel like that helps with feeling more in control and more like you’re able to strafe (even though you still can’t), but it comes at the cost of feeling accurate since you can only aim in a direction and not actually click your target. This isn’t really all too different from other ARPGs, but thought it was worth mentioning.

Now, let’s talk about the positives. I actually like the art style for Torchlight III. It’s not super dark and serious, but rather more cartoonish and I personally enjoy it. The bright, vibrant colors really pop and help you feel like you’re in a cartoon similar to The Last Kids on Earth. This is very subjective, but I personally enjoy it.

Another aspect I was surprised by and really appreciated were Phase Beasts. Phase Beasts are purple, ethereal creatures you’ll come across in the world that will run away from you. However, if you slay the beast, you can access a Phase Beast Challenge which is a special kind of dungeon that is a nice way to earn some good loot. The challenges vary which is very refreshing, and it was a nice surprise when I stumbled upon my first one.

The story for Torchlight III is fine. I personally struggle with any story in ARPGs in general, and this one, while decent, wasn’t very different.

If you like ARPGs and are looking for something a bit brighter, Torchlight III is a decent choice. I would just recommend that you decide from the get-go whether you want to play with others or by yourself as you can’t have your character do both (please fix this). I would love to see the game see a few more changes though.