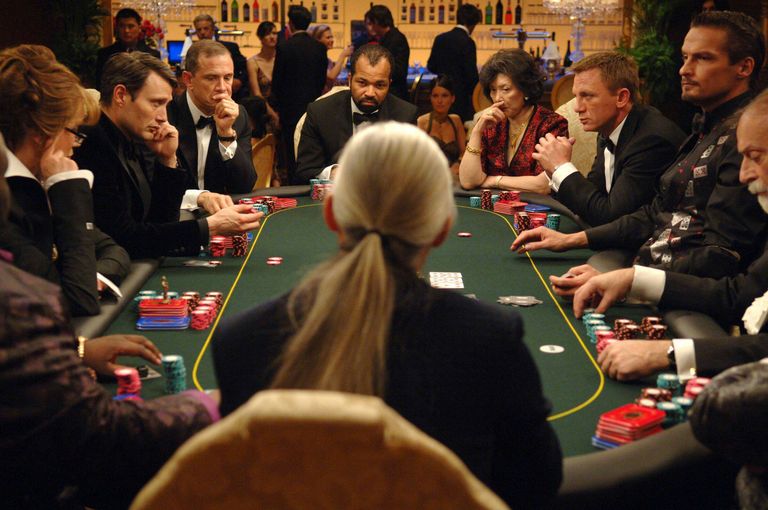 The classic gambling movies out there are many, too many if we are to be factual. But we have succeeded in digging through the archives to come up with the names that are seen as the best 10 gambling movies ever created. Now, you have to know that many gambling movies are not in this list, and you may not even agree that the ones that made this list are the best. We understand that. However, we tried to bring in gambling movies that cover the entire spectrum – from sports betting to casinos. It won’t be long before the online variety of casino sites like Nektan.Casino make their way into a Hollywood storyline. But for now, we’re  talking about casino gambling, hustling and many other gambling related topics. Above all, they are all great movies.

This movie is from Wayne Kramer, and in it, we see William H. Macy play a very unusual character. Here, he stars as the Cooler, which means a man who has such bad luck that he was employed by the casinos to stand at the table during hot streaks. Once he stands there, there will be a change of luck for the players, restoring the house edge. He cools the table. But later down the line, the Cooler’s luck experienced a turnaround, and it turned out that every gambler started searching for him. Because of this, the casinos that employed him loathed him. The central performance is amazing, and it is all about gambling myths and superstitions.

This does not have casino or online gambling as its central subject. Here, it is all about how a horse, a trainer, and a jockey rose from grass to grace. In the movie, Jeff Bridges’ character starts off depressed. However, while his luck and life were down, one thing kept him going, and that is Seabiscuit – a horse that is of no use, discovered by Chris Cooper, who is the cowboy trainer in the movie. The jockey in this movie is Toby Maguire, and it is a move that surprises many. He leads Seabisuit to a lot of victories in one of the best underdog sports stories of the last three centuries. The story is as real as you will find them.

Here, you will encounter Matt Damon as a youth, and he stars as an entrepreneur who trains himself in university with winnings made from poker tables. Here, you will encounter a lot of famous actors, like Edward Norton and John Malkovich. At the peak of the movie, you will encounter a lot of high stakes games, and here Damon engages in a hot battle with the poker baron in Malkovich, and must defeat him to go home with the prize. The movie presents a lot of amazing performances, with Norton throwing out a world class performance. The poker strategies are depicted in an authentic manner here and the table banter seems so real.

The name explains it all, and here, you will enjoy the story of James Caan as a university professor who is addicted to gambling. While the film goes on, he slips into self-destruction as his mental state deteriorates. It is a movie that promises a steady rise and an elegant climax. The professor’s borrowing got worse and his life hung on a balance due to his urge for thrills. Gaming purists who can attest to the type of character portrayed in the movie will love it. This also goes to warn people about gambling addiction and what it can do to them.

This is another film where a lot of good performances were registered. It stars Steve McQueen and the story is about an up and coming gambler who was brave enough to challenge Lancey Howard who was the highest roller at the time. Seeing that the kid had only engaged in a few small backroom competitions and that his girlfriend at the time was also a distraction to him, Edward G. Howard who plays Lancey Howard decides to play against McQueen. They raise their stakes in the game and one of them wins the game.

This is based on a very interesting true story, and it is one of the most modern of them all. It was made before the arrival of online gambling. Here a math professor embraces the task of teaching his brilliant students how to count cards in casinos in Vegas. Here, Kevin Spacey’s students ended up in a life of betrayal, trickery, hedonism and others.

This is a complete classic. Here, “Fast” Eddie Felson tries to square it out against the legendary Minnesota Fats in a pool hall. But he later witnesses a massive decline in the process. He will only come up again after undergoing some masterful mentoring by Bert Gordon, who becomes his manager. The movie is about the era of back rooms and pool halls in the gambling world.

Here, the duo of Robert Redford and Paul Newman normally collaborate to play games. They come as two con men, one representing a beginner and the other, a professional. They will now square it out against a gamble loving high flying crime boss and rip him off. It is a movie that comes with lots of twists and turns. Here, the plot gets complicated as the movie progresses and the adrenaline keeps pumping.

This version of Ian Fleming’s story is directed by Martin Campbell. You have Daniel Craig as the star, and James Bond as a villain in a breathtaking movie. In the movie, bond is always playing poker and inflicting harm on people. The movie culminates in Bond taking on his adversary in a never say die game. That was the crescendo, and the furious pace and jaw dropping gaming makes it a great movie.

This may be the most popular gambling movie out there, and in most reviewers’ all-time top 10s as the number one just like in ours. Here, you will encounter the story of a mob controlled casino system in Vegas.  In it, Joe Pesci plays a psychotic erratic enforcer, and Robert De Niro  plays as the casino owner. You will also be charmed by the romantic and gorgeous character of Sharon Stone, who gives the film most of its unforgettable moments. It’s a great watch, and a classic.