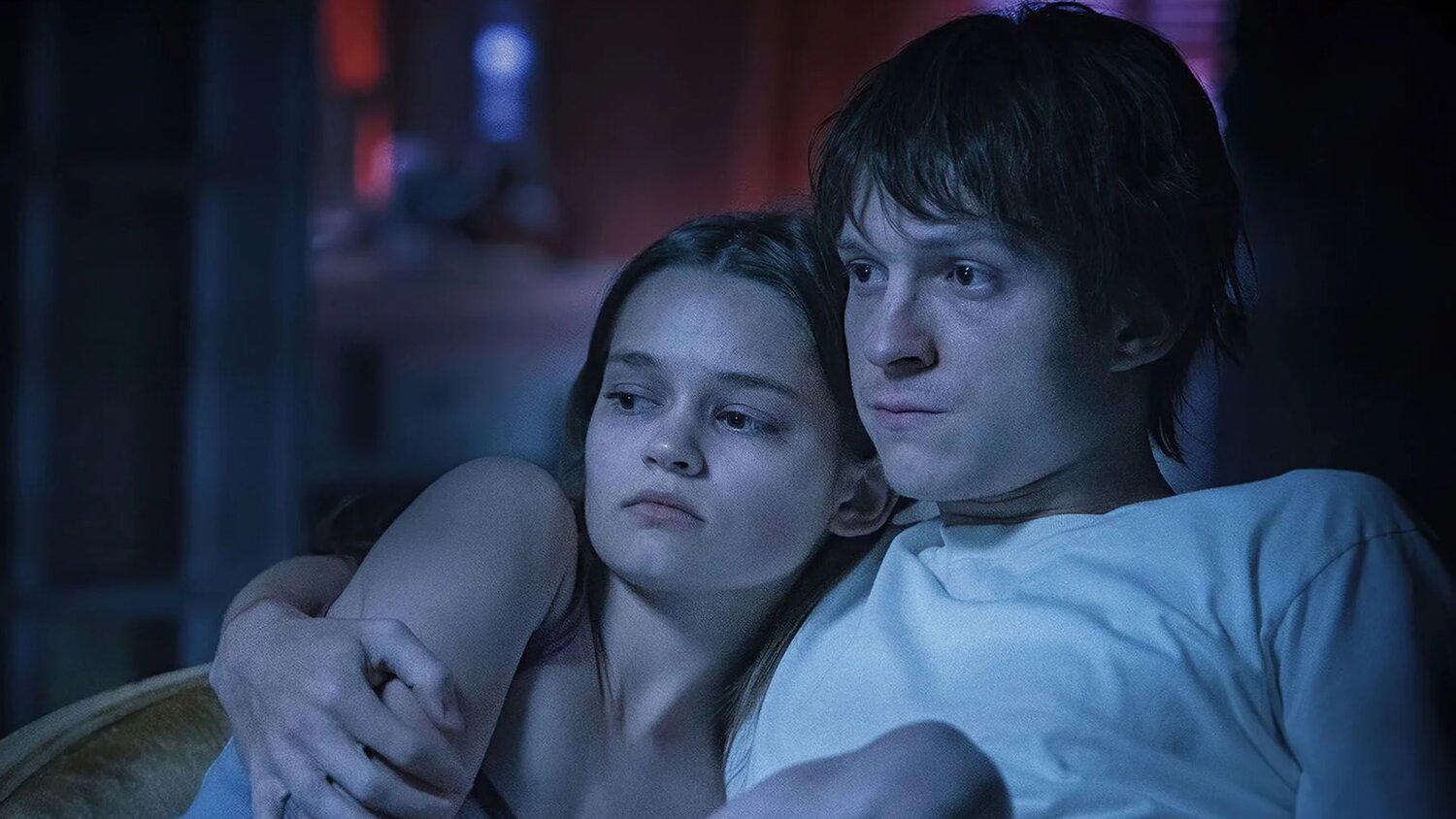 After Joe and Anthony Russo directed Avengers: Endgame, they set their sights on the true story of Nico Walker, a former Army medic who returned from Iraq with extreme undiagnosed PTSD and fell into opioid addiction and to fuel his addictions and pay his debts, he began robbing banks.

If you’re looking for an inspirational uplifting story in the hard times that we’ve been living in, this movie is not it. This movie is super freakin’ dark and depressing as hell. I was in a great mood before I watching this movie, but after I watched it, I was not happy. It triggered a bout of depression and I had to turn on Seinfeld after I watched it to help pull me out of the darkness that the film took me to.

The movie was incredibly well-made! The Russo Bros. did an amazing job telling this story, and Tom Holland gave an outstanding performance along with his co-star Ciara Bravo, who played the love of his life, Emily. But damn… it hurt to watch because of the subject matter. It made my soul ache! It felt like through a big chunk of the movie I was just watching this adorable couple shoot up heroin and seeing the light fade from their eyes in the process. It wasn’t fun watching Tom Holland become a junkie!

I kept telling myself throughout the film that it will get better because his character Nico did turn his life around, I thought there would be a part of the film that focused on Nico going through the process of recovery. That was the part of the story I was interested in and looking forward to seeing, but it never came! That story was glossed over in like the last five minutes of the movie!

When previously talking about the film, Joe Russo explained: “He travels a great distance over a 15-year period. The movie’s broken up into six chapters that reflect those different periods, and each one has a different tone. It’s shot with different lenses, different production design. One’s got magical realism. Another chapter is absurdism. Another is horror…There’s a bit of gonzo in it. It’s raw in its tone. He’s a character in existential crisis.”

I thought one of those chapters would really dive into Nico getting better. But nope, they completely glossed over the redeeming aspect of the story. I don’t need more depression in my life during these already troubling times. This story could have easily been shifted into something more inspirational, but they put all of the focus on the main character hitting rock bottom.

The interesting part about the whole thing would have been to see Nico and his girlfriend Emily pull themselves out of this pit of darkness, misery, and anguish. But that just ended up being a footnote in the film. I will say, the movie will never make you want to try heroin. It’s a great anti-drug film.

The Russo Bros. certainly have a talent for telling stories with their movies. Again, their direction of this film was top-notch work and Holland was brilliant. But, for me, the subject matter was super rough. I love stories of redemption, and I thought this movie would have that. But, this film led me into a pit of despair that left me in a super depressed state after watching it.

You’ve got to be in a certain state of mind to watch this movie. I wasn’t prepared for what this movie would deliver when I started watching it. So, when you do decide to watch it, prepare your mind accordingly for the subject matter.