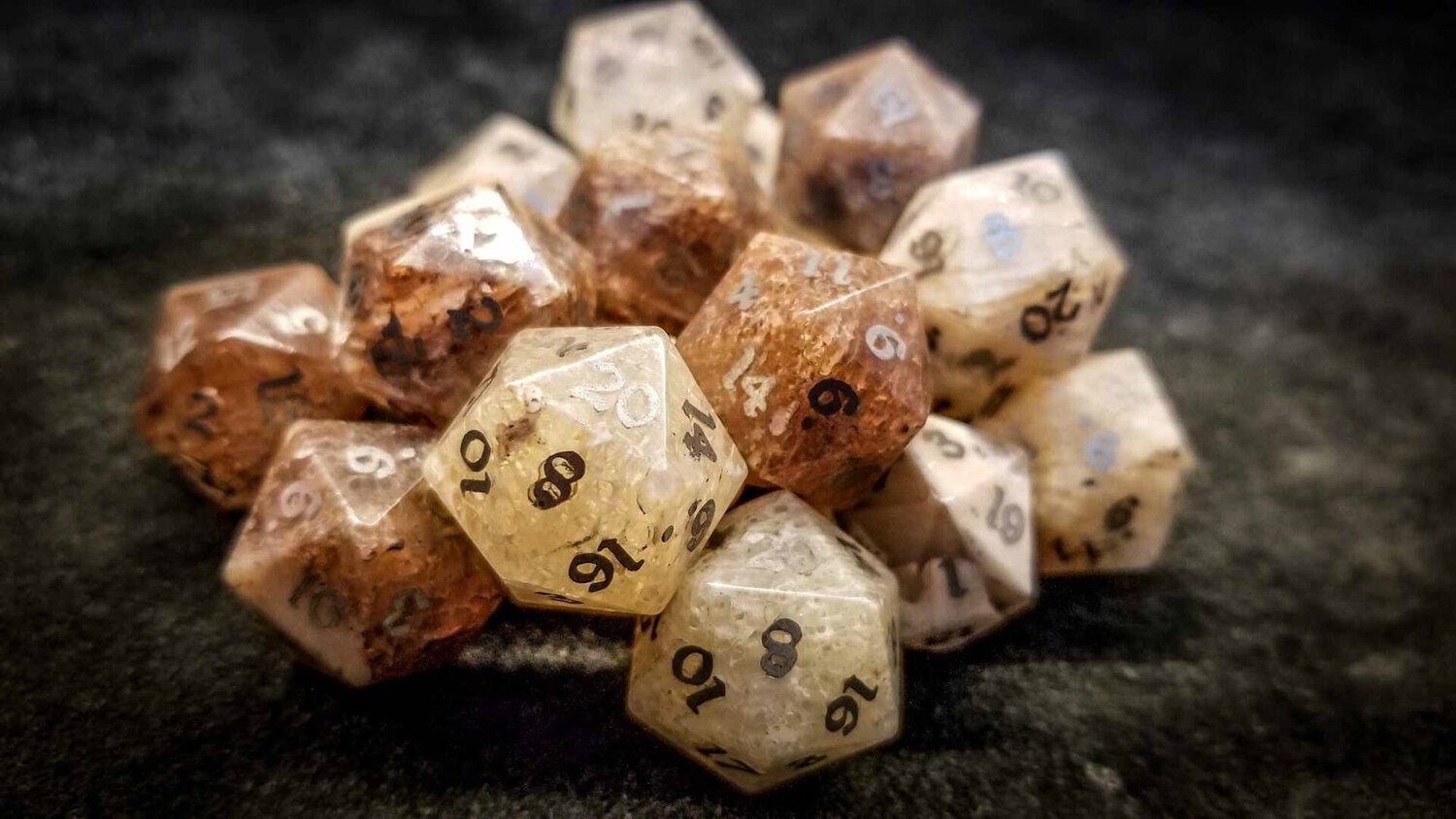 Looking for some macabre Dungeons & Dragons dice to play with? Look no further than these Memento Mori D20 Dice, which are made from actual human bones. For real!

The bones that these dice are created from come from bones that were donated to science and used in medical universities. It’s explained:

Over the years we have crafted dice from innumerable materials, one we’re most famous for is our Necromancer’s Line of Dice crafted from various animal bones and horns. Taking that to the next level, these macabre D20 are crafted from human bones sourced from retired skeletons once used in medical universities. Thus preserving these bones as a gaming inspired Memento Mori. Each dice has been inlaid with numbers crafted in Sterling Sliver. Each Memento Mori D20 rests securely within its own custom Reliquary gaming case.

There’s no way that these people who donated their bones to science ever thought they would be turned into dice! While some people might think this is dark and twisted, I think it’s kinda cool. Maybe some of the dice are haunted! I imagine some people may have some ethical issues with this. Here are some additional details:

Each Memento Mori D20 comes secured in its own Reliquary gaming case. In their traditional form, reliquaries most common use was to hold the relics of Saints, quite often this was a piece of bone. In that spirit, we have come full circle in creating our own true reliquary filled with a fragment of bone once used to glean hidden knowledge only ascertainable from the dead.

The Reliquary is crafted from beautiful Black Walnut and suede leather engraved with a unique Memento Mori image on its surface.

Each Reliquary also contains a certificate of authenticity for the Memento Mori D20 contained within and can be used as a padded dice rolling tray.

If you’re interested in ordering a set of human bone dice, you can do that here. It’ll cost you $293 each.