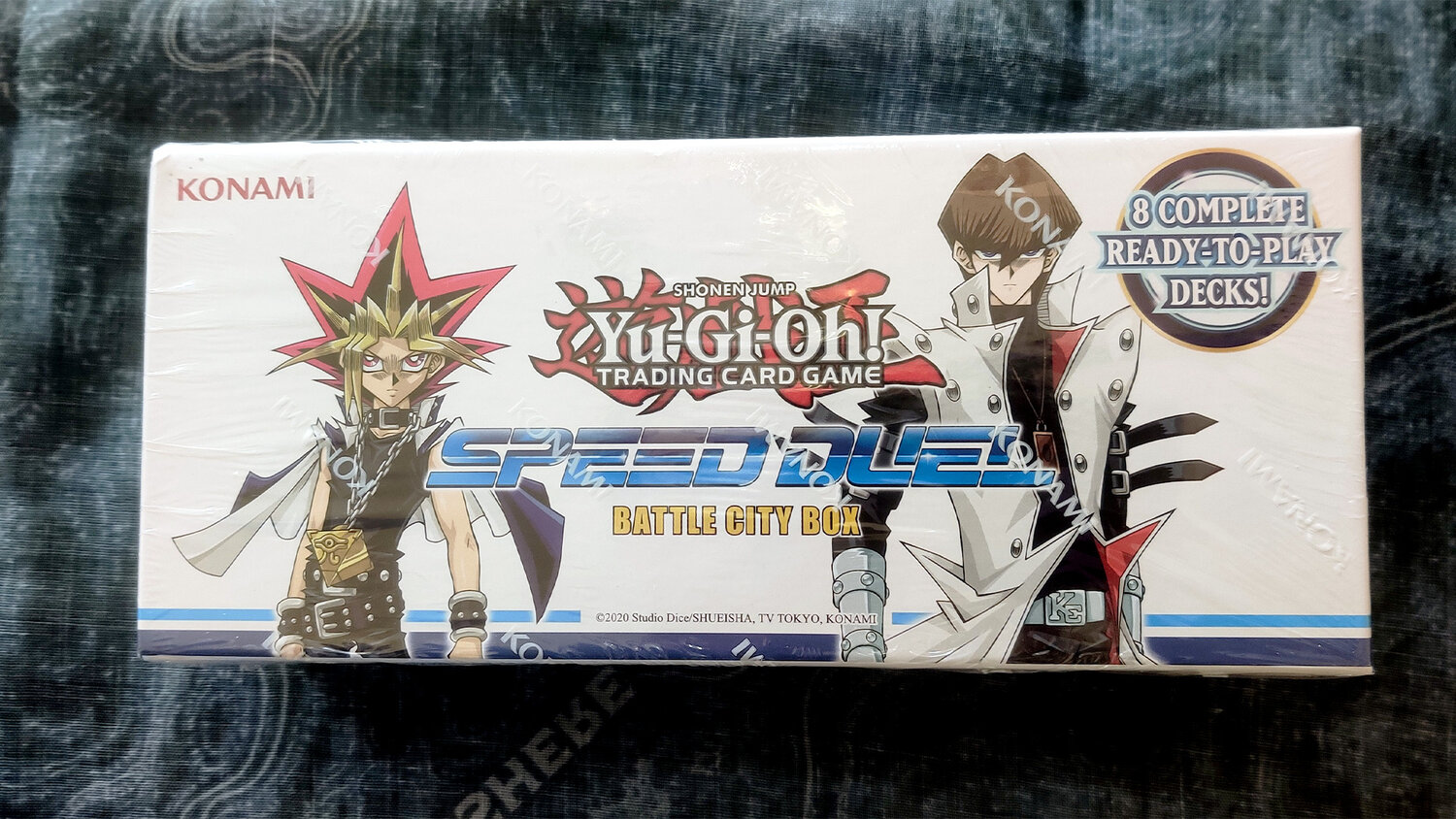 Last month, Konami released the Speed Duel Battle City Box for the Yu-Gi-Oh! TCG and I finally got mine! I’ve been pretty excited for this to come in and actually see what all is in it. I do want to clarify a couple things. On the website, it says that you get 8 Secret Rares from a pool of 24. The box says you get 5 from a pool of 21. The only thing I can think of is that they are including the Egyptian God Cards in that count of 24. That being said, the cards are gorgeous.

We do get 20 Skill Cards including 16 brand-new ones which is fun, 8 pre-built decks so you can run a quick house tournament, and extra cards to do some tweaking. The decks are fine overall, except for the one that appears to be an Espa Roba and Joey build. It’s a really weird mix of cards that just confuses the heck out of me. I wish that I lived with seven friends right now though to have a fun little Speed Duel tournament. What has you most excited about these boxes?