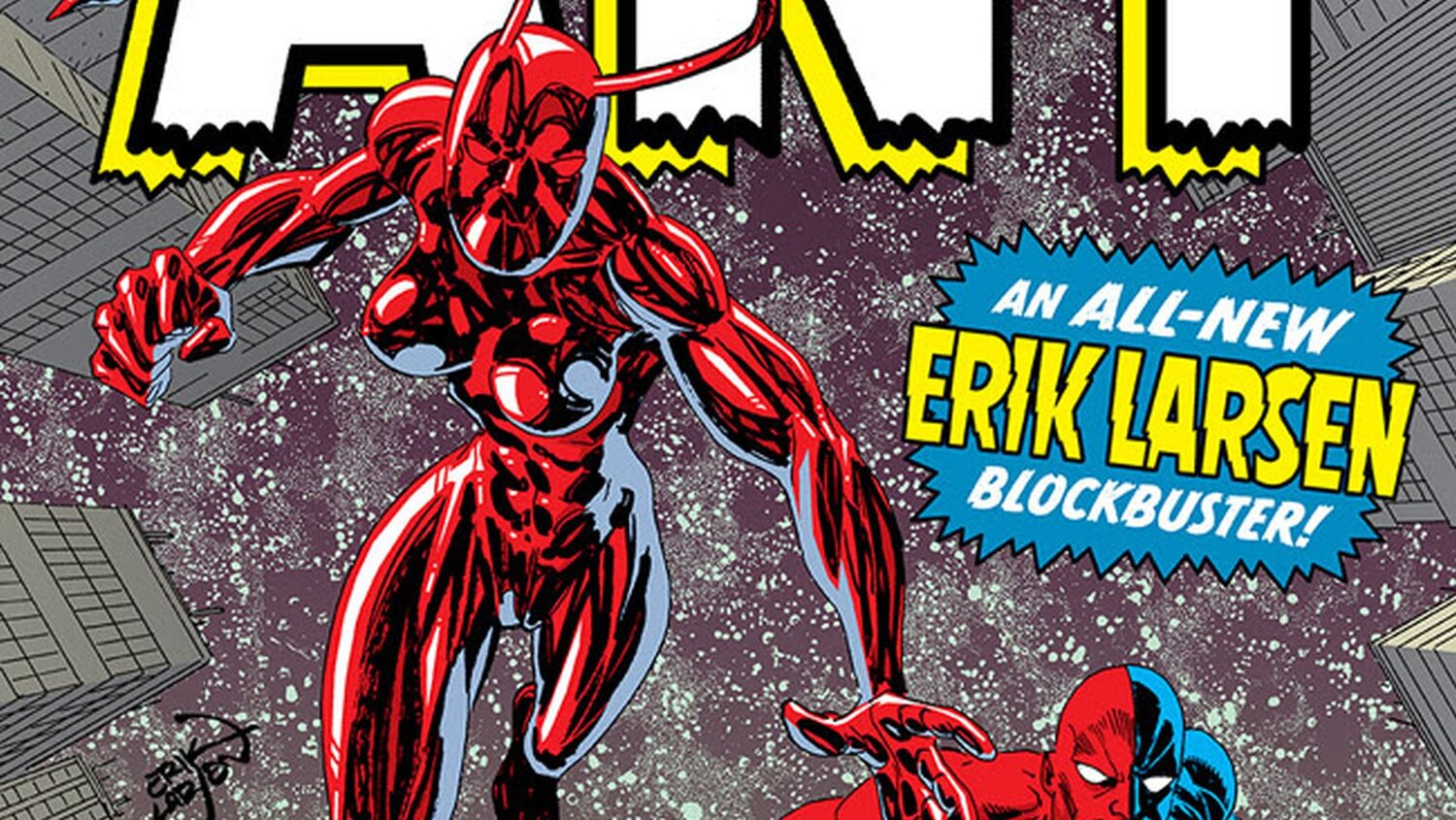 Ant #11 was released fourteen years ago in 2007. Now, Erik Larsen of Image Comics is finally bringing fans the long awaited finale one-shot in Ant #12 this June. Ant was originally created by Mario Gully and was brought into the catalog at Image Comics by Larsen who worked with Gully on a story to end the series. Unfortunately, a string of bad circumstances stopped this final issue from coming about and eventually, Gully moved on to pursue other goals. However, Larsen explains that he couldn’t let it go and there’s more on the way.

Back when I was the publisher I brought Mario Gully’s Ant over to Image and Mario and I talked at great length as to how the book could be retooled in order to be integrated into the Image Universe. I ended up putting a lot of thought into the character and concept. I saw the character’s potential from the very start.

At some point Mario offered to sell me his creation. He knew how much thought I’d put into her. Hell, I’d laid out a full-length story for him—and I couldn’t resist.

I just couldn’t leave it as an unfinished work. I felt compelled to write, pencil, ink and even color the story.

Finishing this story got me into the groove. I was experimenting with a new art style. I was playing with color. I was having a blast and I didn’t want to stop.

I found there was a lot I wanted to say and a lot that I wanted to do. I started digging in on an origin story and it just kept expanding and expanding. Pretty soon I had all kinds of plots dancing around in my head and numerous directions the book could go. Work has begun on a new ongoing Ant book. But first—the concluding chapter of the old one—at long last.

Ant #12 will be available for fans to read on June 9. You’ll be able to get physical copies through local comic shops and digital copies through Amazon Kindle, Apple Books, comiXology (affiliate link), and Google Play.