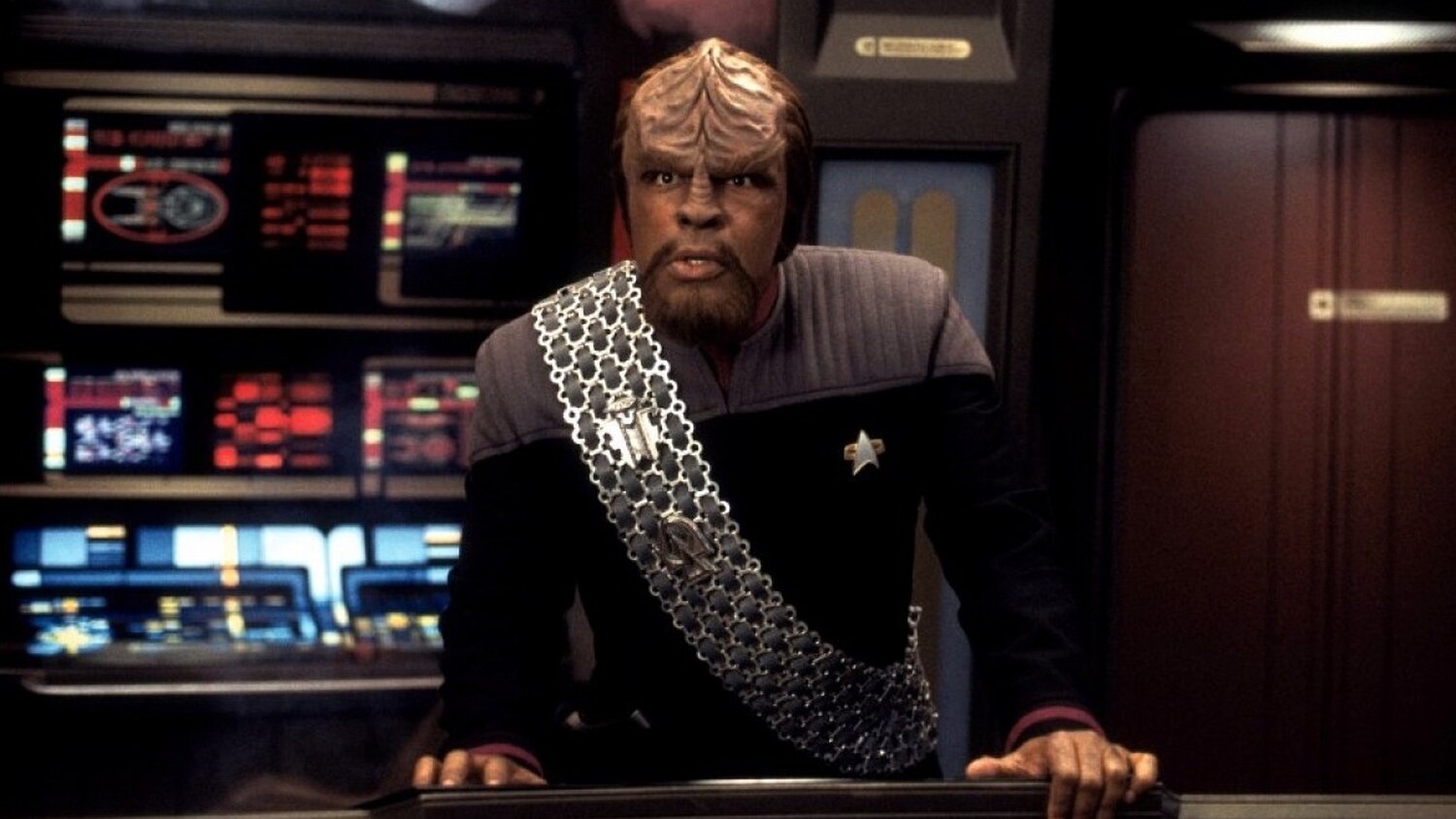 Star Trek: The Next Generation actor Michael Dorn wants to return to the Star Trek franchise, and he has been pitching a Captain Worf spinoff series to the franchise producers. In the series, Worf would be the Captain of a Klingon vessel and it would focus on Klingon culture.

During a recent interview with Trek Movie, Dorn offered an update on how things have been going in his efforts to get this series made:

The Worf series concept is set after Worf left Starfleet to return to the Klingon Empire, and he went on to offer some other details saying:

“And so two things happen. They start letting other races into the Klingon world. And the only way they can do that is by letting in Starfleet officers. That’s sort of the way it’s done. ‘We’ll let in other people, but first Starfleet offers because we understand Starfleet. They’re soldiers, we’re soldiers.’ The second thing they have to do is their resources are limited and dwindling, because the Klingon universe is just like the Federation. They have planets and worlds and societies that they own, but they do it in a brutal way. And so they have to go out to every one of these worlds and either give them their freedom, or try to work with them, which is something that’s anathema to Klingons.

I’d love to see a series like that get made. From what I understand, in the Picard Universe, Worf is the Captain of the U.S.S. Enterprise-E. It wouldn’t be hard to re-introduce the character in Picard and then follow his story from there with a spinoff. It might not be exactly the concept that Dorn is pitching, but they could definitely incorporate elements of his ideas into it.

Would you be interested in seeing Worf get his own series?