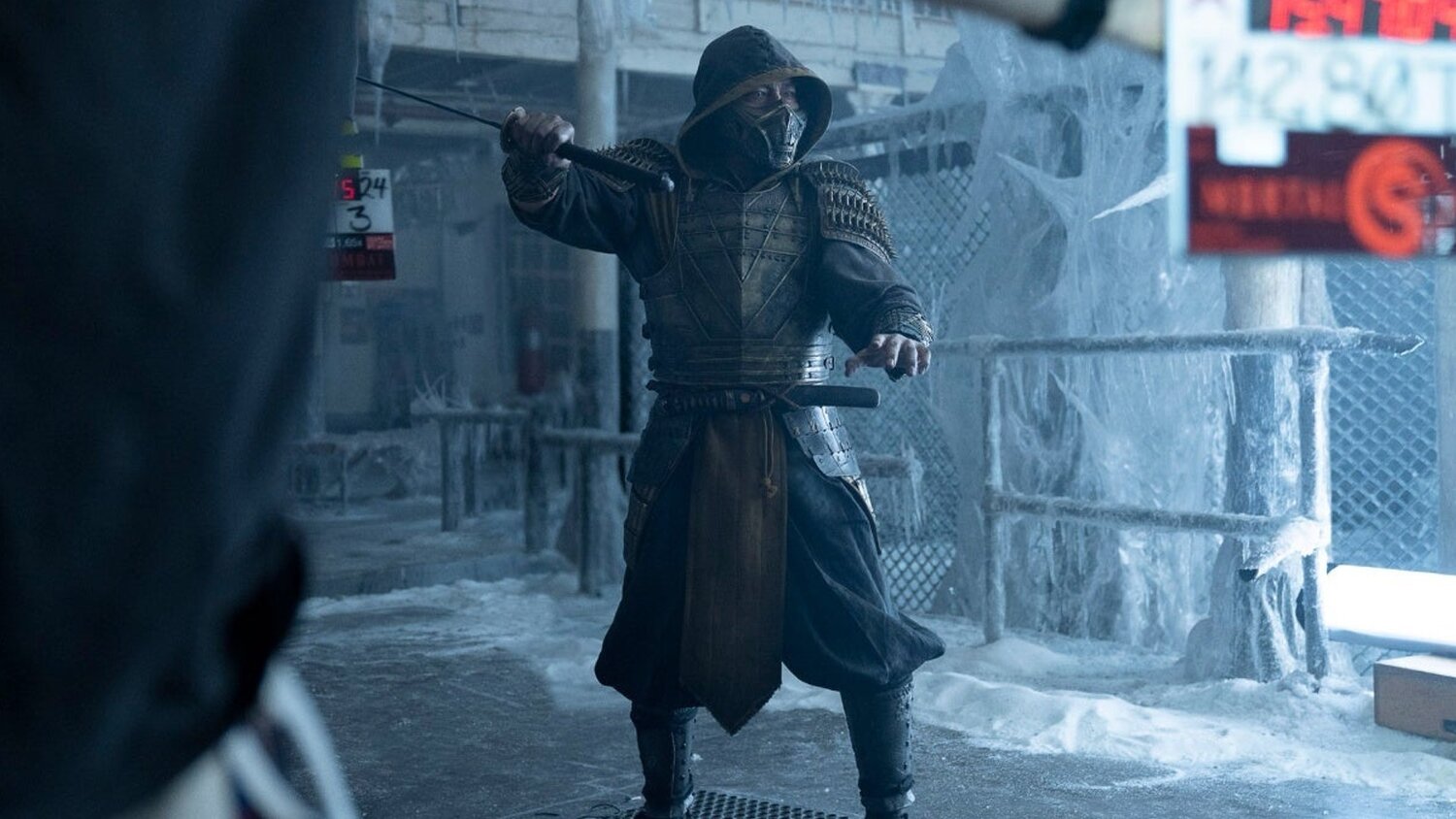 When the first trailer for the upcoming Mortal Kombat movie dropped, fans were thrilled by the footage that was shown. It looks like director Simon McQuoid has made a pretty awesome, wicked violent Mortal Kombat film!

During an interview at a set visit for the film, the creative team discussed the violence in the film. Some things that the fans want information on is the amount of blood that will be seen in the film and the epic fatalities. I’ve also included two behind-the-scenes photos from the film.

When specifically asked how much blood was involved with the making of the film, McQuoid said:

“An audience feels the power of that authenticity because you believe it. I never wanted to turn anyone off by this ever getting… you know, there’s a lot of blood, but it’s sort of, when I wanted a serious moment, I didn’t want it to get comedic because you know, we’re sloshing in blood. So it was a tonal thing that made you like pause. You know, you really felt it rather than people just sort of, ‘Well, that’s funny,’ because it’s a wide angle with blood spraying everywhere. It’s a tonal thing so, but there’s plenty of blood.”

So, if you’ve been hoping to see a lot of blood, that’s exactly what you’re going to get. But, it’s going to be presented in an authentic way, and when it comes to the fatalities in the movie, they also wanted to take those finishing moves somewhat seriously. Producer Todd Garner shared some details on the fatalities, explaining there were problems with bringing them into the film because of the MPAA, but he did say:

“First of all, it’s CG characters, so it’s not real. So obviously the bar being raised for the violence. I’m under the restrictions of the Motion Picture Association of America. So I have to live inside those rules. So we’re going to do as much as we can and that would be what it’s… Going to definitely be R-rated, definitely be violent.”

He goes on to talk about the violence in the game and how it might be a bit too much, saying, “There’s crazy shit you do in the games. I don’t know if you really want to see Ludi [Lin] get his head ripped off.” Obviously, he doesn’t know the kind of fans that enjoy playing these games. Having heads ripped off is part of the appeal of the game.

Here is the official synopsis for the upcoming Mortal Kombat movie:

MMA fighter Cole Young, accustomed to taking a beating for money, is unaware of his heritage—or why Outworld’s Emperor Shang Tsung has sent his best warrior, Sub-Zero, an otherworldly Cryomancer, to hunt Cole down. Fearing for his family’s safety, Cole goes in search of Sonya Blade at the direction of Jax, a Special Forces Major who bears the same strange dragon marking Cole was born with. Soon, he finds himself at the temple of Lord Raiden, an Elder God and the protector of Earthrealm, who grants sanctuary to those who bear the mark. Here, Cole trains with experienced warriors Liu Kang, Kung Lao and rogue mercenary Kano, as he prepares to stand with Earth’s greatest champions against the enemies of Outworld in a high stakes battle for the universe. But will Cole be pushed hard enough to unlock his arcana—the immense power from within his soul—in time to save not only his family, but to stop Outworld once and for all?

The James Wan-produced film is scheduled to be released in theaters and on HBO Max on April 16th. Below you’ll find some behind-the-scenes photos from the set.