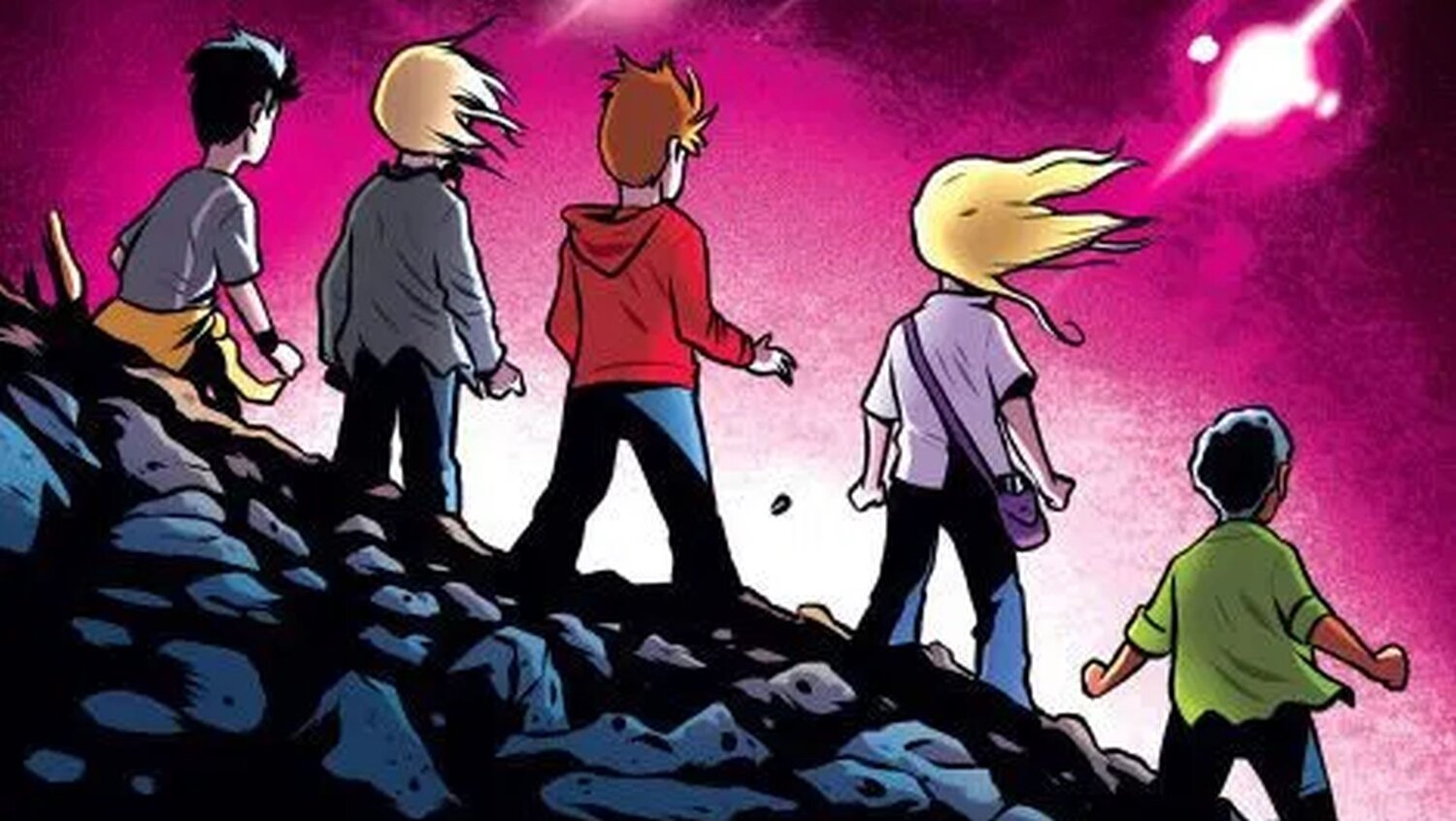 I loved Animorphs as a kid even if I only got about five books in. I honestly didn’t remember a lot, but I do have a number of fond memories of reading them. Well, Scholastic recently released the first graphic novel adaptation for the series, Animorphs: The Invasion, which adapts the first book. They were kind enough to send me a copy, and I loved reading it. The original book is written by K. A. Applegate and then Chris Grine adapted them to the graphic novel format. You can purchase a physical copy from your local bookstores like Barnes & Noble or digital copies are available through comiXology.

In case you just don’t know, Animorphs is a story about some kids (age is a little ambiguous but under 16 for sure) who one day find a dying alien who gives them the ability to transform into animals to find some evil, mind-controlling alien slugs named Yeerks. That is an oversimplification, but I feel it’s pretty accurate. It’s some good YA action fun, and it doesn’t pretend to be anything else.

As I previously stated, I remember some very basic things about the books like the main characters and the basic premise, but I don’t remember the finer details. That said, I loved reading it as a graphic novel. Being able to see things instead of reading descriptive text is so nice for me. Grine’s artwork is a lot of fun and overall fits. I especially love the look of the Hork-Bajir. Those things look dope! The only thing is that I always thought the main characters were roughly 14, but his art makes them look more like 11-12 year olds. This isn’t a big deal, but it is something that caught me off guard at first.

The characters feel like kids. They act like kids, talk like kids, and definitely look like kids. Even if they’re kids though, it’s easy to relate to them. You’ve got Tobias who feels like no one really cares about him and then he gets this ability to feel free by transforming and like he can finally make his life his own. Marco doesn’t want to become a hero because he’s scared. He’s a kid who’s already lost his mom, and he doesn’t want his dad to lose him too. They’re kids, but relatable.

This is a pretty nice read. Now, this was the first book (out of 54) so there’s no solid conclusion to the story. In fact, a fair number of stories are left open, but that’s exactly as it should be. I’m personally very excited to continue revisiting this series. Is it the best series out there? No. Is it fun to read? Heck yeah! This actually has me more intrigued in the upcoming film being made.