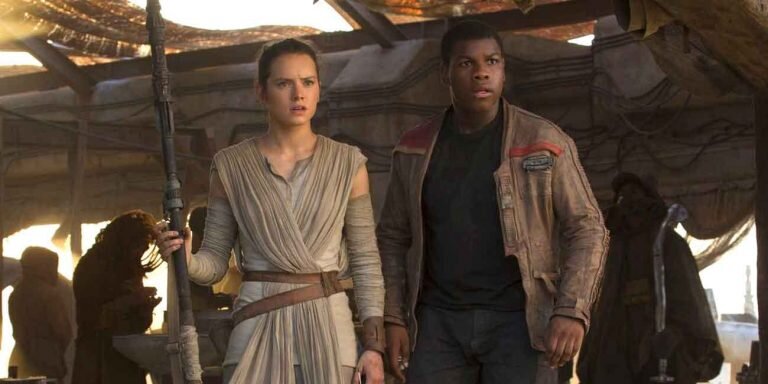 Alan Dean Foster is known for his vast collection of sci-fi novels that he has written, including the Star Wars novels Star Wars: From the Adventures of Luke Skywalker (1976), Splinter of the Mind’s Eye (1978), The Approaching Storm (2002), and The Force Awakens (2015). The story of The Force Awakens was highly-anticipated, and we all know how that turned out film-wise, but Foster wrote the novel with a couple of differences, and in a recent interview with Midnight’s Edge, Foster explained that some of his ideas had to be cut out of his book before it could be published.

“I did my usual thing when I do these adaptations of trying to fix things that I think need fixing in the story and fixing in the science. Some things they said to take out, and some things they left alone…I’m going to tell you one thing they made me take out because enough time has passed, I don’t think it matters. The first thing was, there was obviously the beginnings of a relationship between John Boyega’s character and Daisy Ridley’s character. And I expected to see that developed further in Episode VIII. And zero happened with it, and we all know why zero happened with it and there’s no need to go into it in-depth, but that’s, sadly, just the way things are.”

It is odd that the film did seem to point to that relationship having more of a future than it ever got. The pair were hardly on screen together in the next film, and it was too bad, as some would say Boyega’s character Finn seemed underutilized. Foster went on to add that the other change the studio forced him to make was removing a line of dialogue in which Rey fixes a part of the Millennium Falcon and Han Solo says, “Don’t get cocky, kid,” because he thought it would be a fun callback to his famous line from the original movie. “I thought that was a wonderful way of connecting the character to the first film and the first story,” he said. “I thought fans would love that, and they made me take it out.”

Who knows why little choices like this were made, or why a lot of big choices were made in the final trilogy for that matter? It’s all a bit of a waste from the perspective of the fans. It’s interesting to see that there were others out there who were really hoping to connect the trilogy to its origin, but what can you do? What is the biggest change you would have liked to have seen made to the final three films?