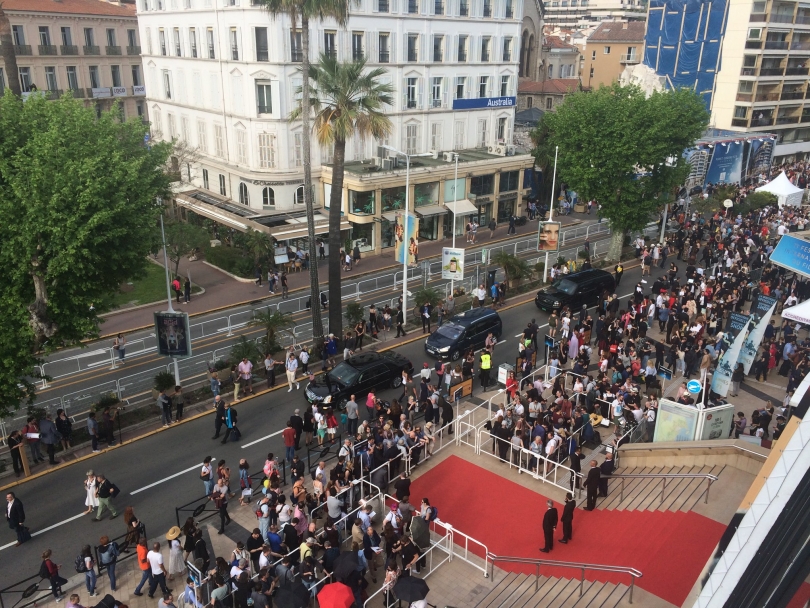 The 2020 Cannes Film Festival won’t look like the Cannes Film Festivals of previous years for obvious reasons. There won’t be a central gathering of thousands of people in one place, and so it won’t have the same sense of ceremony and importance that it’s had in years past. It is, however, still going ahead in one form or another – and there are still films that the festival’s artistic directors intend to highlight. Because they’ve been kind enough to share a few details ahead of schedule, we now know what those films are.

Until June comes around, we won’t know the precise format that this year’s (presumably virtual) festival will take. Thierry Fremaux, the festival’s chief artistic director, has spoken of the concept of ‘Cannes hors les murs‘ – or to translate that into English, ‘Cannes outside of walls.’ That implies an open invitation for the world to get involved, and so even if we’re not physically going to France this year, it could still be the most ‘attended’ film festival in history. Whenever or however the festival happens, these are the movies that are likely to garner the most attention.

Anything created or directed by Spike Lee is always likely to get the attention of a film festival, and so it’s no surprise at all to hear that ‘Da 5 Bloods’ ranked highly on the list of films that Cannes intended to screen this year. The intended June release date of the movie works perfectly for Cannes, and it sounds like this could be both the biggest and the best Spike Lee film for several years.

‘Da 5 Bloods’ is a war film with a cast of mostly unknown performers, and it takes place in the aftermath of Vietnam. Don’t mistake that for a familiar tale, though – this is no ‘Rambo.’ Instead, it focuses on the way that four African-American war veterans are treated when they come home from the lamentable war, and their subsequent embarking on a quest for hidden treasure. The details are being kept vague, but Netflix has been very enthusiastic about its prospects.

A Disney-Pixar movie might sound like a strange choice for the Cannes Film Festival, but then ‘Soul’ doesn’t sound like it’s going to be your average Disney-Pixar film. The company has changed direction significantly in recent years and attempted to move closer to its roots in terms of entertaining children. They’re so serious about this that they’ve pulled away from marketing anything that even comes close to adult entertainment; they even pulled their Marvel-themed online slots off websites a little over a year ago. It’s generally understood that the character-driven range of online slots was a big moneymaker for both the company and the online slots website that hosted them, but they didn’t fit with the revised Disney corporate image, and so they’re gone.

For that reason, we can probably expect that ‘Soul,’ which is being described as a comedy animation, is the sort of heart-warming tale that we associate with the Disney of our youths. It might also be a tear-jerker; from what we understand of the plot, it’s about a jazz musician whose soul gets trapped in some kind of limbo and must seek redemption and fulfillment before earning the right to return to Earth before his physical body dies. Disney doesn’t often get existential, and so it’s easy to see why Cannes found the idea to be noteworthy.

‘The French Dispatch’ is actually a truncation of the full name of this delightfully quirky-sounding movie – in full, it’s known as ‘The French Dispatch of the Liberty, Kansas Evening Sun.’ Wes Anderson and Roman Coppola have worked together on the comedy-drama, so it’s another film coming from a high-pedigree development team. The presence of Benicio del Toro, Tilda Swinton, and Adrien Brody among the cast also tells us that it’s going to be a very big deal when it arrives in movie theaters this October.

As star-studded as the cast might be, and as gifted as the people behind the camera clearly are, the plot sounds like it may be a little too niche to resonate with the mass public. Anderson describes it as a ‘love letter to New York journalists’ (prompting much excitement among the New York press) but is set in a fictional French town during the 1960s. Reading between the lines, it appears the film might be a statement about the importance of the freedom of the press, albeit one that’s heavily dressed up in metaphors. It might be more artistically interesting than commercially successful, but we’ll see.

So little is known about this new Nanni Moretti movie that people can’t even agree on its English-language title. ‘Three Stories’ is the version we’ve seen repeated most often, but ‘Three Floors’ might be the title it eventually comes with in order to avoid confusion. In Moretti’s native Italian, the movie is called ‘Trei Piani’ – and he’s been waiting to release it for quite some time. Moretti started work on the film in 2018, and filming came to an end in May of 2019.

The movie, which marks the first time that Moretti as a director has adapted someone else’s work rather than his own, takes the tale of a novel that was originally set in Tel Aviv, Israel, and relocates it to Italy. ‘Three Stories’ might work better than ‘Three Rooms’ as a play on words, because the plot focuses on the lives and activities of three different families living in the same upmarket apartment complex in the same city. We don’t want to give away much more than that, but it won’t be a dystopian horror in the style of Ben Wheatley’s grim 2015 film ‘High-Rise,’ adapted from a book by J.G. Ballard. Expect subtle social commentary.

While we might not be able to take a trip to France, we can all still enjoy fantastic films, and these four, in particular, look like they would be highlights of any film festival in any year. Don’t just take our word for that, though – be sure to check them out yourself when they become available!