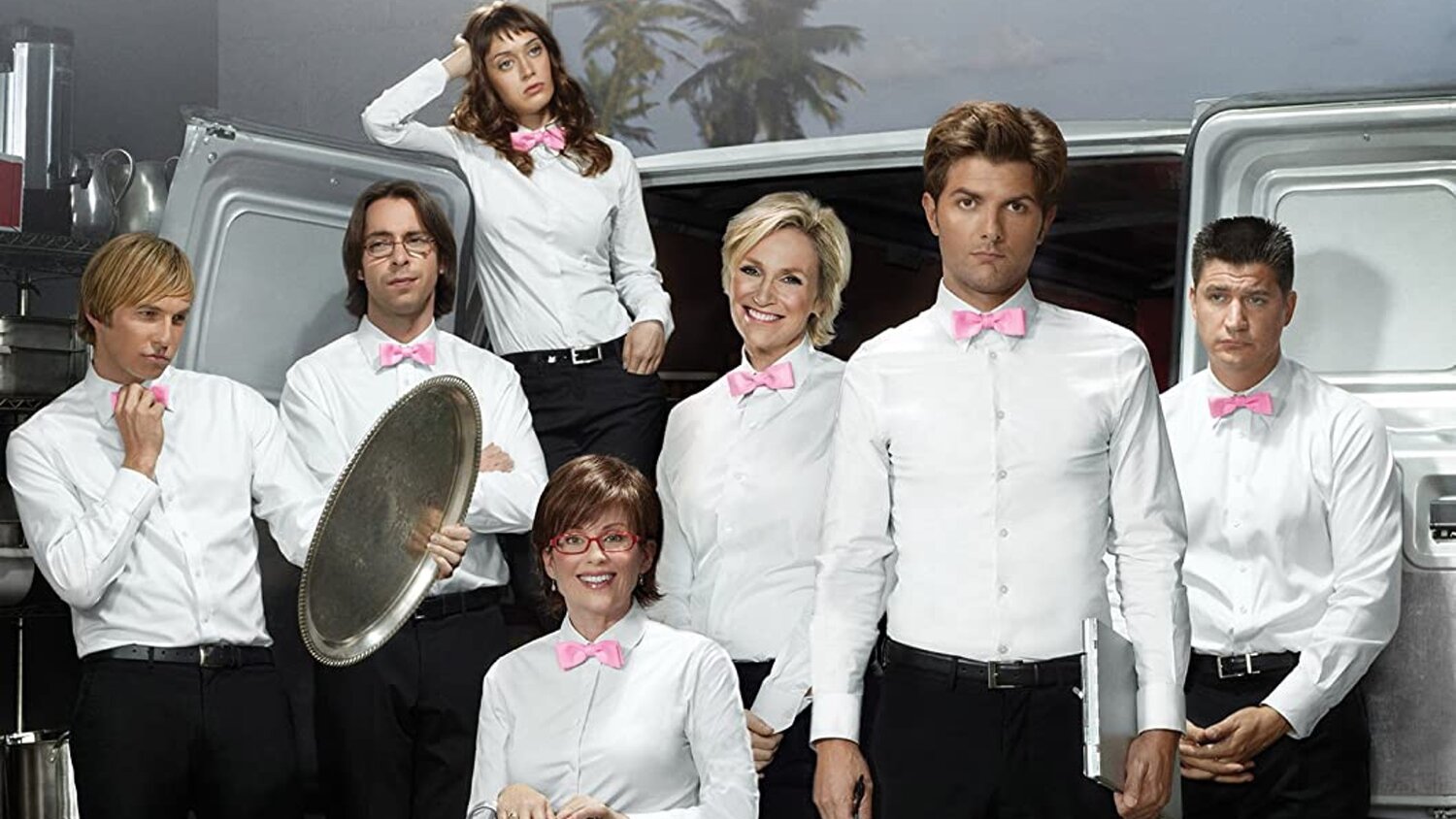 The 2009 comedy series Party Down, which starred Ken Marino, Adam Scott, Jane Lynch, Martin Starr, Ryan Hansen, Lizzy Caplan, and Megan Mullally, is getting a revival series thanks to Starz.

The original series centers on a group of struggling actors and writers trying to make it in Hollywood, relegated to working for a catering service to make ends meet. Each of the season’s ten episodes was built around a different catering event for the Party Down crew.

It was a great show that I encourage you to watch if you haven’t already. The revival is being developed by the same creative team at the original series, which includes Rob Thomas, John Enbom, Paul Rudd and Dan Etheridge.

There’s no word on if the original cast will come back for the revival, but I certainly hope that they do. But, the careers of these actors have blown up, so I imagine it wouldn’t be easy to get them back together again. But, Thomas did previously say he’d like to find a way:

“At the end of 2019, the Party Down cast and producers were all reunited at a retrospective for the show hosted by Vulture. We had such a good time that we wanted to find a way to get the team back together again. The cast is so busy these days that finding a window where we can do it may require trigonometry, but we’re determined to make it happen.”

Maybe they actually found a way to make it happen! Enbom will serve as showrunner on what is looking to be a six-part limited series. Christina Davis, President of Original Programming for Starz said in a statement:

“Before the cast of Party Down became well-known television and movie actors and award winners, they were all wearing the same pink bowties as part of a less than competent team of Los Angeles cater-waiters while chasing their dreams of stardom on the Starz series. Fans have been waiting more than ten years for this revival to happen and we’re thrilled to be in development with Rob, Paul, Dan and John at the helm.”

It’ll be interesting to see how this comes together. Are you happy to hear that a Party Down revival series is being made?