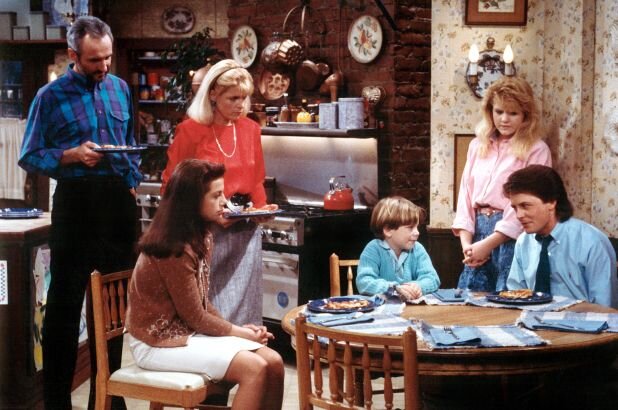 The show is hosted by Seth Rudetsky and James Wesley, who said of the fundraiser series:

“We’re so thankful that our audiences continue to generously donate to StarsInTheHouse.com, which goes directly to The Actors Fund, helping anyone in the artistic community with essential needs like financial support to buy groceries, pay rent and pay doctor’s bills. We’re overwhelmed with gratitude that we raised over $15,000 during Tuesday’s all-day ‘Vote-a-thon’ broadcast.”

They added, talking about this episode:

“During this time of what seems like unending national stress, we find that our audiences are drawn to reunions of what we call ‘comfort tv,’ those tv shows from yesteryear that brought us all so much joy,” they added. “Some of our most popular episodes featured TV shows like Taxi, Frasier, and Melrose Place, and we have no doubt the Family Ties reunion is going to be one of our most viewed!”

This is so fun and exciting! Family Ties is one of my all-time favorite series and I revisit it often. It holds up so well over three decades later, with timely topics and hilarious writing that is still so funny as well as heartfelt. If you’re a fan of the show, check out this episode of Stars in the House on November 10th at 8:00pm ET.