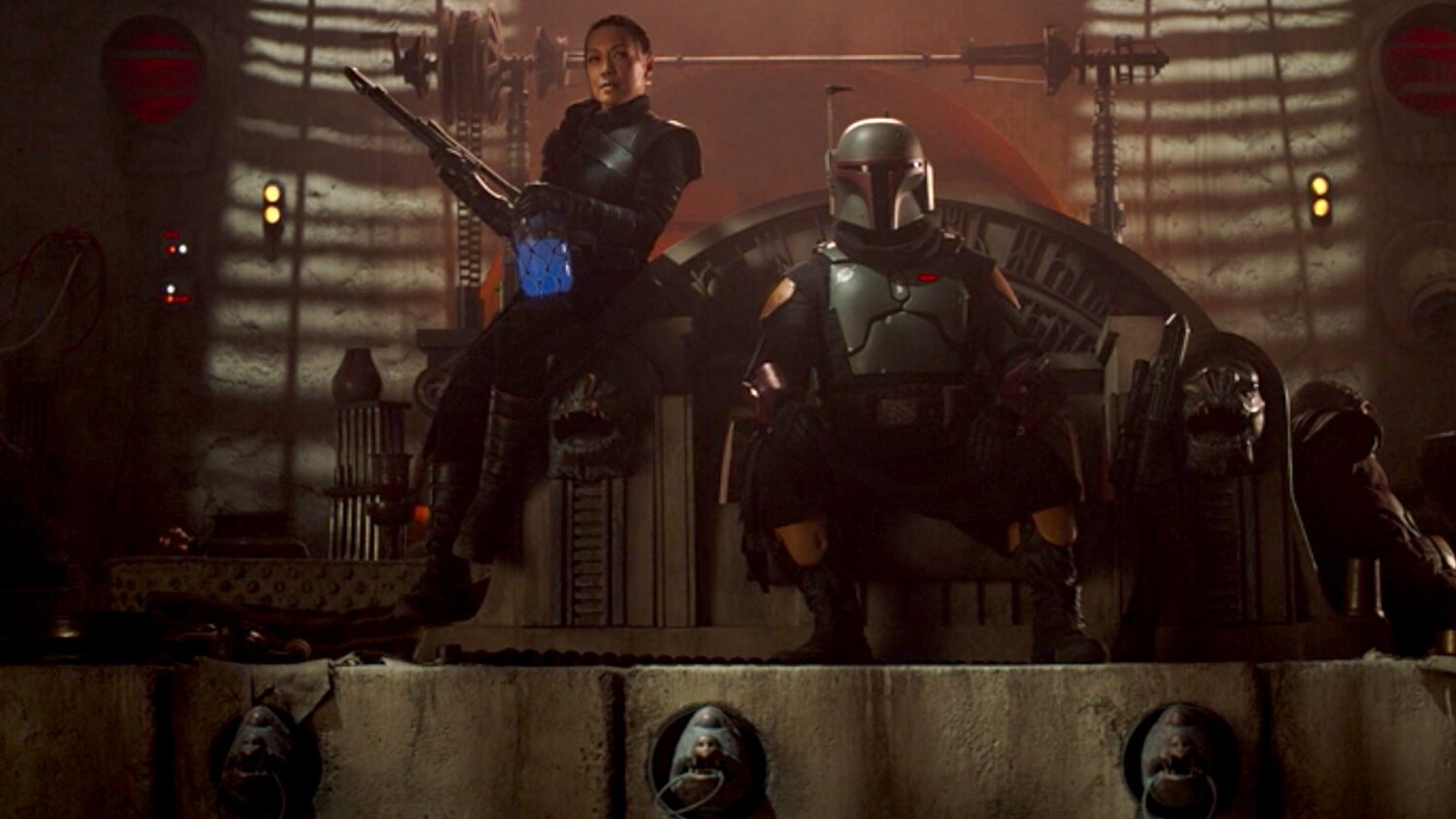 A report from Variety also indicated that the Star Wars shows are hoping to mimic the success of the Marvel Cinematic Universe. The upcoming three additional Star Wars series spinning out of The Mandalorian, including Boba Fett, will all co-exist in the same timeline, reportedly building to an event where they will all come together.

The upcoming Boba Fett series was set up with Fett and Fennec Shand journeying to Jabba’s Palace on Tatooine. It’s here that we see Fett kill Jabba’s former majordomo and chief of staff, Bib Fortuna, and then throw his body to the floor. After he’s dead Fett takes the throne as Shand takes her place at his side.

Most fans speculate that Boba intends to become the leader of his own crime syndicate operating out of Tatooine, with Shand serving as his right hand woman. There’s obviously a lot more to it.

I believe that the “book” of Boba Fett contains a list of names that have wronged or crossed Fett over the years and that he is going to go after them, hunt them down, and kill them. I think this series is Boba Fett’s revenge story!

If Mace Windu survived his fall, there’s no doubt that he is at the top of Fett’s hit list. After all, he did watch as Windu cut his dad’s head off. This is just speculation on my part, but that would sure make for a great series! Regardless, I’m excited to see what Lucasfilm has got planned.