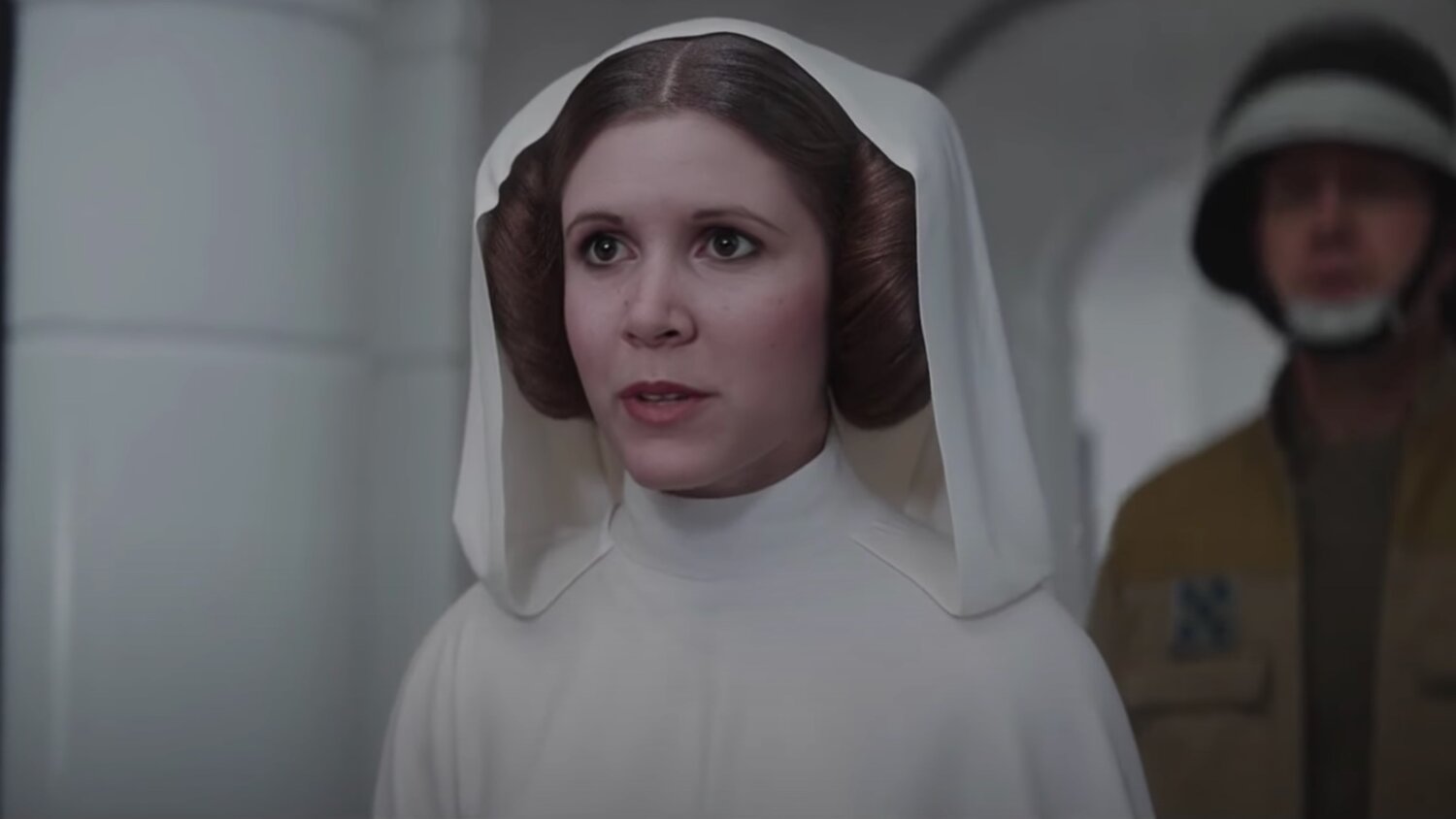 When Star Wars fans saw Peter Cushing’s Grand Moff Tarkin and a young version of Carrie Fisher’s Princess Leia brought to life in Rogue One: A Star Wars Story everyone flipped! While the CG tech used to create these characters wasn’t perfect and a little distracting it was still cool.

Well, thanks to deepfake tech, a fan has made the appearances of these characters in the film look even better! YouTube user Shamook did the work you’ll see here, and it’s pretty impressive! He shared the following note with the video:

With the release of Rogue One: A Star Wars Story, we see that we’re not completely done with CGI humans, although perhaps we should be. The film digitally resurrects actor Peter Cushing to play Grand Moff Tarkin. Cushing died in 1994, but his estate gave the production approval to use his likeness to bring back the character for the new movie. It’s a terrible miscalculation on the part of director Gareth Edwards; an attempt to be respectful that seriously backfires and makes the character a constant distraction rather than a vital piece of the story.

As you’ll see, this is a much better version!