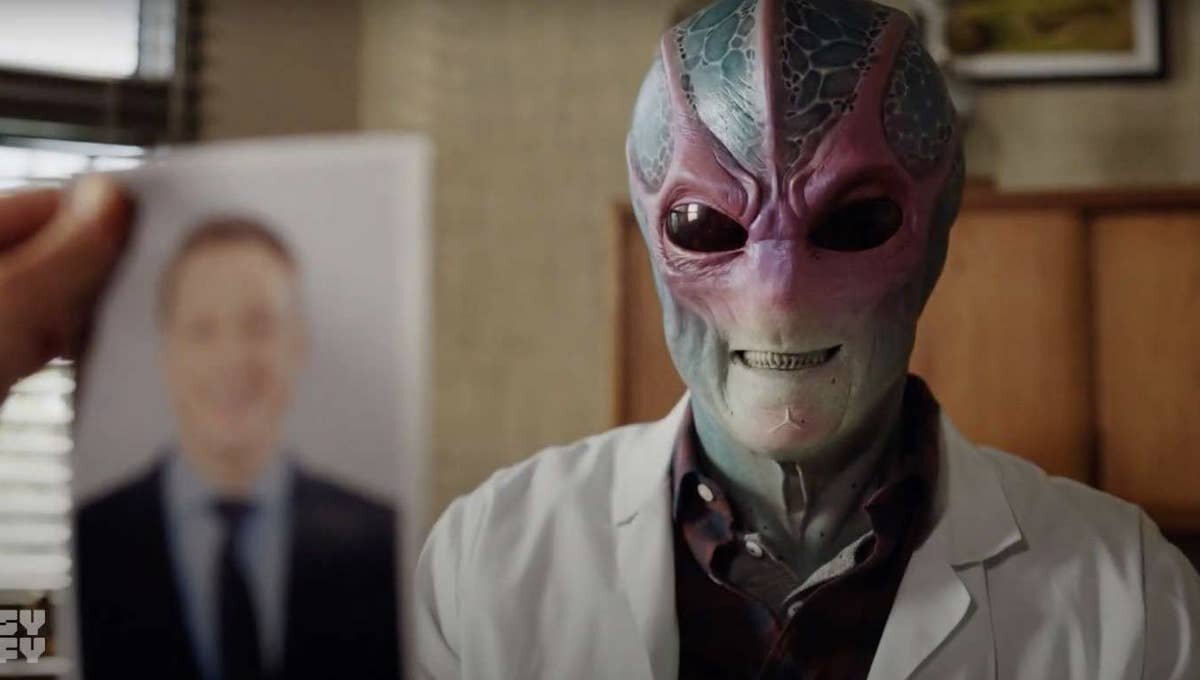 SyFy has renewed their comedy series Resident Alien, starring Alan Tudyk, for a second season. The series is based on the Dark Horse comic of the same name by Peter Hogan and Stephen Parkhouse, and it follows a man named Harry (Tudyk), who is actually an alien that has crash landed on Earth, and is passing himself off as a small-town human doctor. “Arriving with a secret mission to kill all humans, Harry starts off living a simple life, but things get a bit rocky when he’s roped into solving a local murder and realizes he needs to assimilate into his new world.”

Tudyk is joined in the cast by Sara Tomko, Corey Reynolds, Alice Wetterlund, and Levi Fiehler. Chris Sheridan adapted it for television and serves as executive producer.

This is a quirky and fun series that I have been enjoying. Tudyk is such a funny character actor, and it’s been nice to have another light comedy to tune into lately. Season 1 of Resident Alien wraps up at the end of March, and you can catch up on the show for free on Peacock.