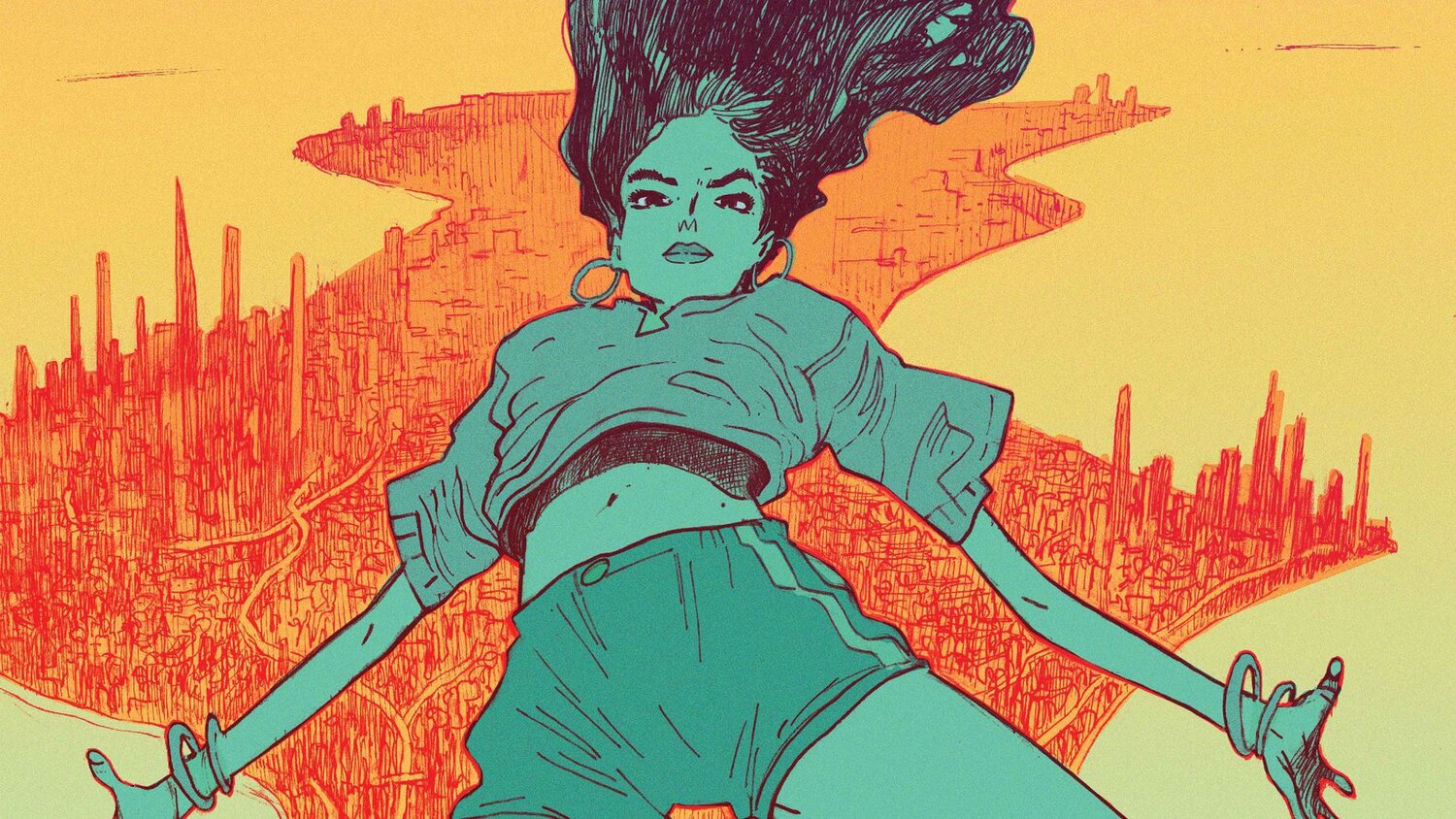 Comics creator Ram V (Swamp Thing) and artist Filipe Andrade (Captain Marvel) are teaming up to bring about a new original series called The Many Deaths of Laila Starr. This series definitely sounds interesting and unique as we follow Death who has found themselves in the body of a young woman named Laila Starr in Mumbai.

With humanity on the verge of discovering immortality, the avatar of Death is fired and relegated to the world below to live out her now-finite days in the body of twenty-something Laila Starr in Mumbai. Struggling with her newfound mortality, Laila hatches a plan and soon discovers a way to be placed at the time and location where the creator of immortality will be born . . . But will Laila take her chance to permanently reverse the course of (future) history, or does a more shocking fate await her within the coils of mortal existence?

Talking about the series, V said:

THE MANY DEATHS OF LAILA STARR is a strange, funny, odd and occasionally morbid comic about death, love, innocence and the human condition. Where I come from, gods are flawed, perhaps more so than people. Life is an endless cycle of trying to get things right, and death? Death is only the beginning. Judgments are few and far between and all things are rife with contradictions as they should be. So Filipe Andrade and I would like to welcome readers to this near-future Mumbai, this immensely beautiful mess of human lives where a god must first contend with death…many deaths, before she may begin to understand a thing or two about life.

THE MANY DEATHS OF LAILA STARR is a story about love and connection, but also about the beauty and cruelty of it. Ram writes beautiful words touched by a mystic and exotic perfume. I want to transport and involve the reader in this trippy and vibrant world.

The Many Deaths of Laila Starr #1 is set to release in April 2021 with physical copies available through local comic shops or digital copies through outlets including comiXology, Google Play, iBooks, and Madefire. The main cover comes from Andrade with variant covers being available from David Mack and Anand RK.