Static Shock Gets His Name From His Electromagnetic Powers

While his alias is just “Static,” “shock” is a more fitting description for the majority of things he is capable of, thanks to his ability to create, manipulate, and enhance electromagnetic energy. For instance, Static can independently operate various electronic devices, including ones that would normally require a direct current, and even fix them in no time. That is due, in part, to his power of making any metal levitate, which is how he is able to fly on his “Static Saucer.”

His powers also have greater range than that (literally) and allow him mentally tune into police transmissions, radio stations, and make calls without using a normal phone. He has even been known to be able to tune out people’s attempt to read or control his mind, as well as use electokinesis to speed up the healing process. Seems like it is not hard to look on bright side when you have powers like Static, despite the dark place he went to acquire them. 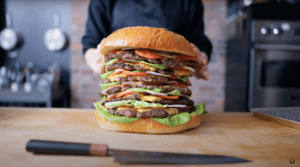