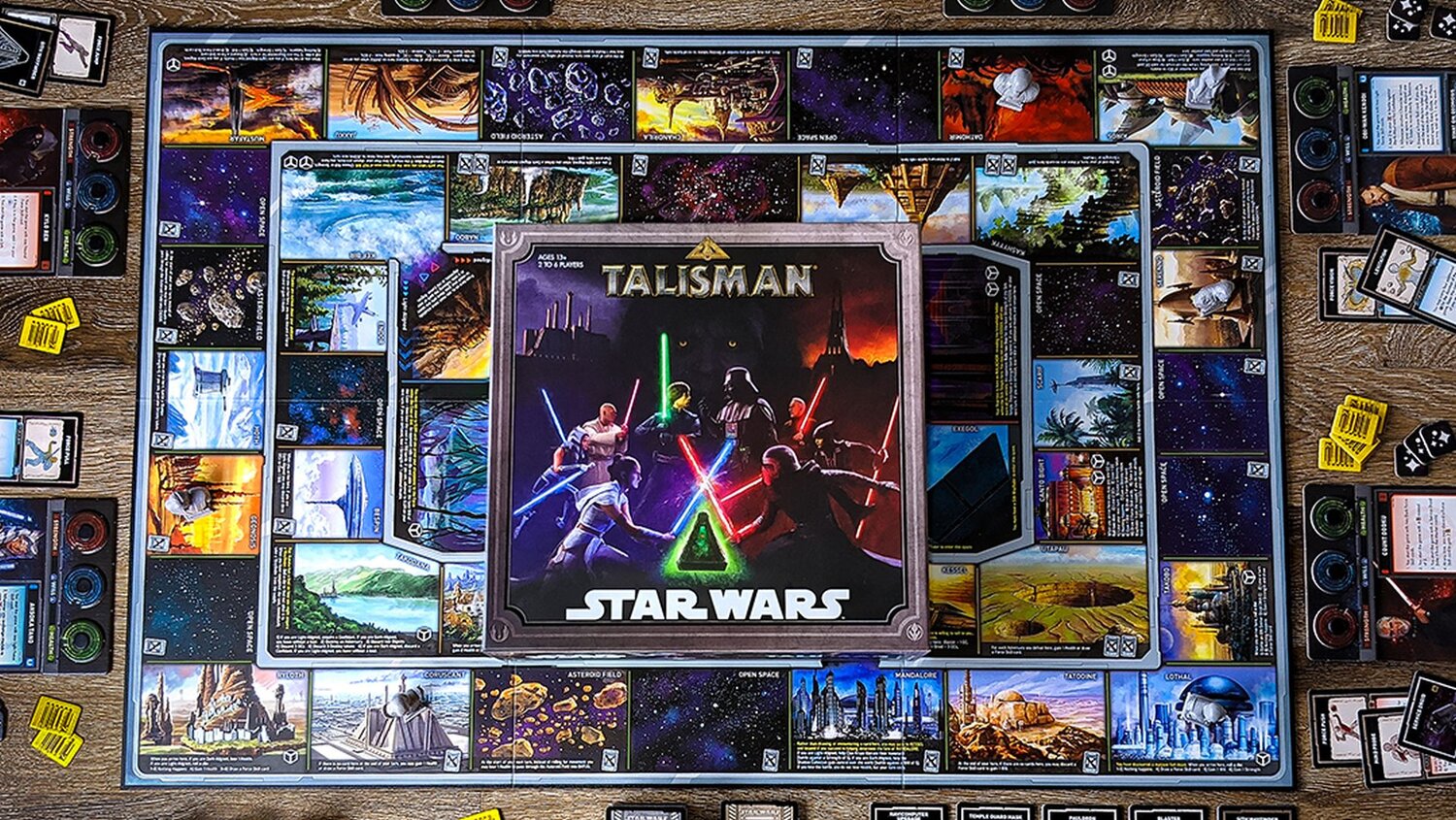 Talisman is a classic board game that has what feels like a cult following. The Op recently announced that Talisman: Star Wars is now available in Europe, the Middle East, and Africa (EMEA) which is pretty exciting. Unfortunately, it looks like the rest of the world still has to wait, but the game does look pretty cool. You and up to 5 of your friends can now find out who is the real master of the Force.

The unpredictable setting beloved by fans of Games Workshop’s award-winning game Talisman meets the skies and planets of the entire Star Wars saga. In Talisman: Star Wars, players travel through the three sections of the game board, competing against one another to be the first character to reach Emperor Palpatine in his central Throne Room. The frontrunner must then present a Sith Wayfinder to confront the powerful master and make a fateful choice to either stand beside him or end his evil influence for good!

Players will have 12 characters to choose from with custom-sculpted busts to serve as pieces. There’s a great lineup including: Obi-Wan Kenobi, Mace Windu, Rey, Luke Skywalker, Ahsoka Tano, Ezra Bridger, Darth Vader, Kylo Ren, Count Dooku, Darth Maul, The Grand Inquisitor, and The Seventh Sister. Talisman: Star Wars is the third officially-licensed Talisman game and is available in the above regions for $69.99.