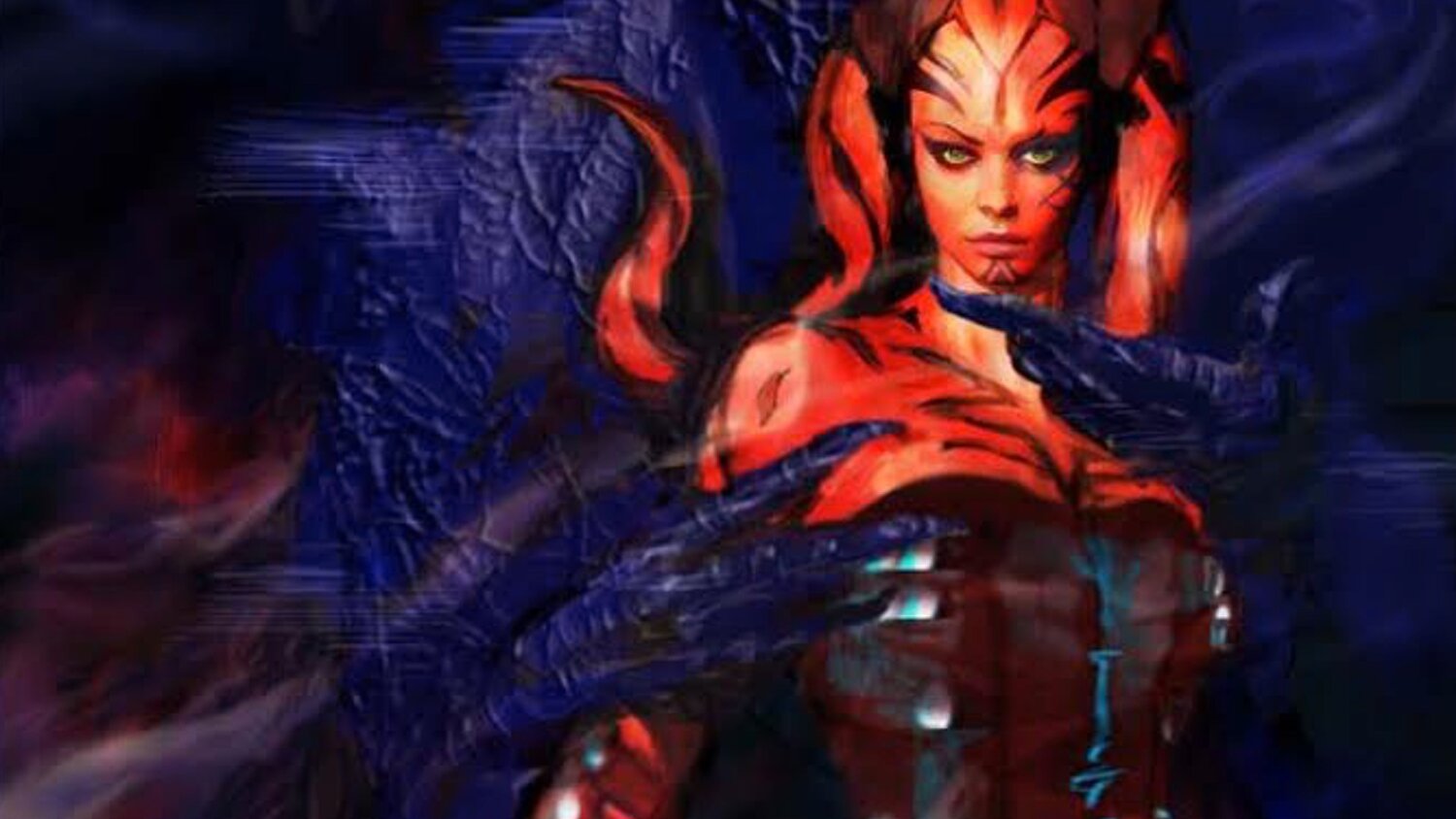 We recently learned from a new Star Wars book titled The Star Wars Archives 1999-2005 that examines the complete story of the prequel films that George Lucas was looking to resurrect Darth Maul for the sequel trilogy and that he would have an apprentice named Darth Talon. In regards to that Lucas said:

“Darth Maul trained a girl, Darth Talon, who was in the comic books, as his apprentice. She was the new Darth Vader and most of the action was with her. So these were the two main villains of the trilogy.”

Some concept and storyboard art has now been shared by Lucasfilm creative art manager Phil Szostak giving us a look at the designs for Darth Talon.

Darth Talon made her first appearance in 2006’s Star Wars: Legacy comic series, and she was going to form a partnership with a resurrected Darth Maul in Lucas’s original plans for Star Wars Episodes 7-9. This version of the trilogy would have also seen Leia become Supreme Chancellor of the New Republic.

The version of Darth Talon that Lucas was looking to include in the trilogy would not have been the same as the one in the comics, but it would have been influenced by her.

So why didn’t any of this happen? Lucas explained that the whole project fell apart due to an ambitious timeframe and Lucas’s desire to spend time elsewhere:

“At that time I was starting the next trilogy; I talked to the actors and I was starting to gear up. I was also about to have a daughter… it takes 10 years to make a trilogy… I’d still be working on Episode 9! … Finally, I’d decided I’d rather raise my daughter and enjoy life for a while.”

You can check out the concept art below and tell us what you think.