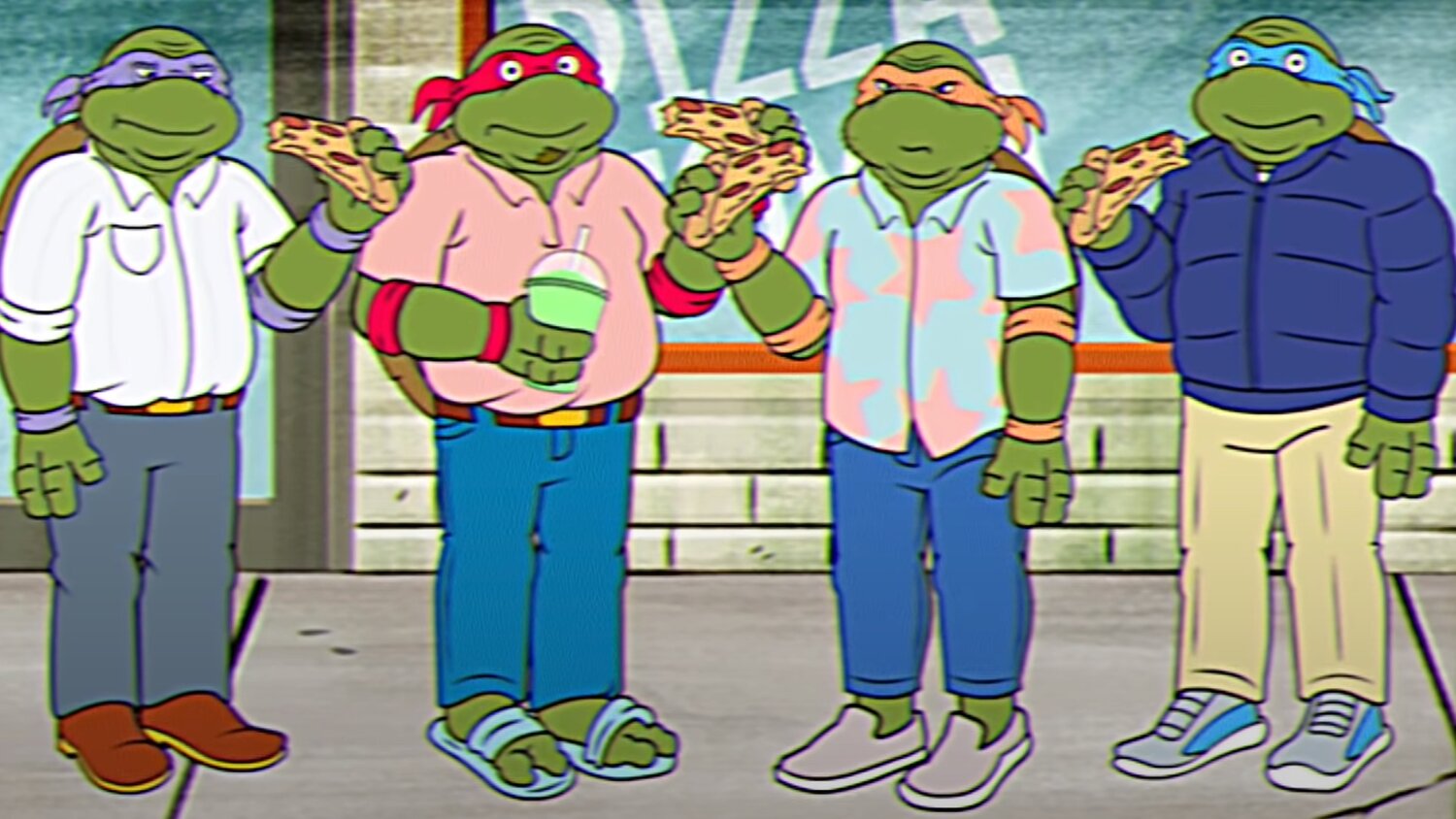 In this episode, we see Michelangelo going through erectile dysfunction issues, Donatello learns that his daughter may not be coming home for Christmas, and Raphael’s family think he’s an idiot for supporting an unnamed president, but you all know who they’re talking about.

Enjoy this depressing take on the classic 1980s animated series!