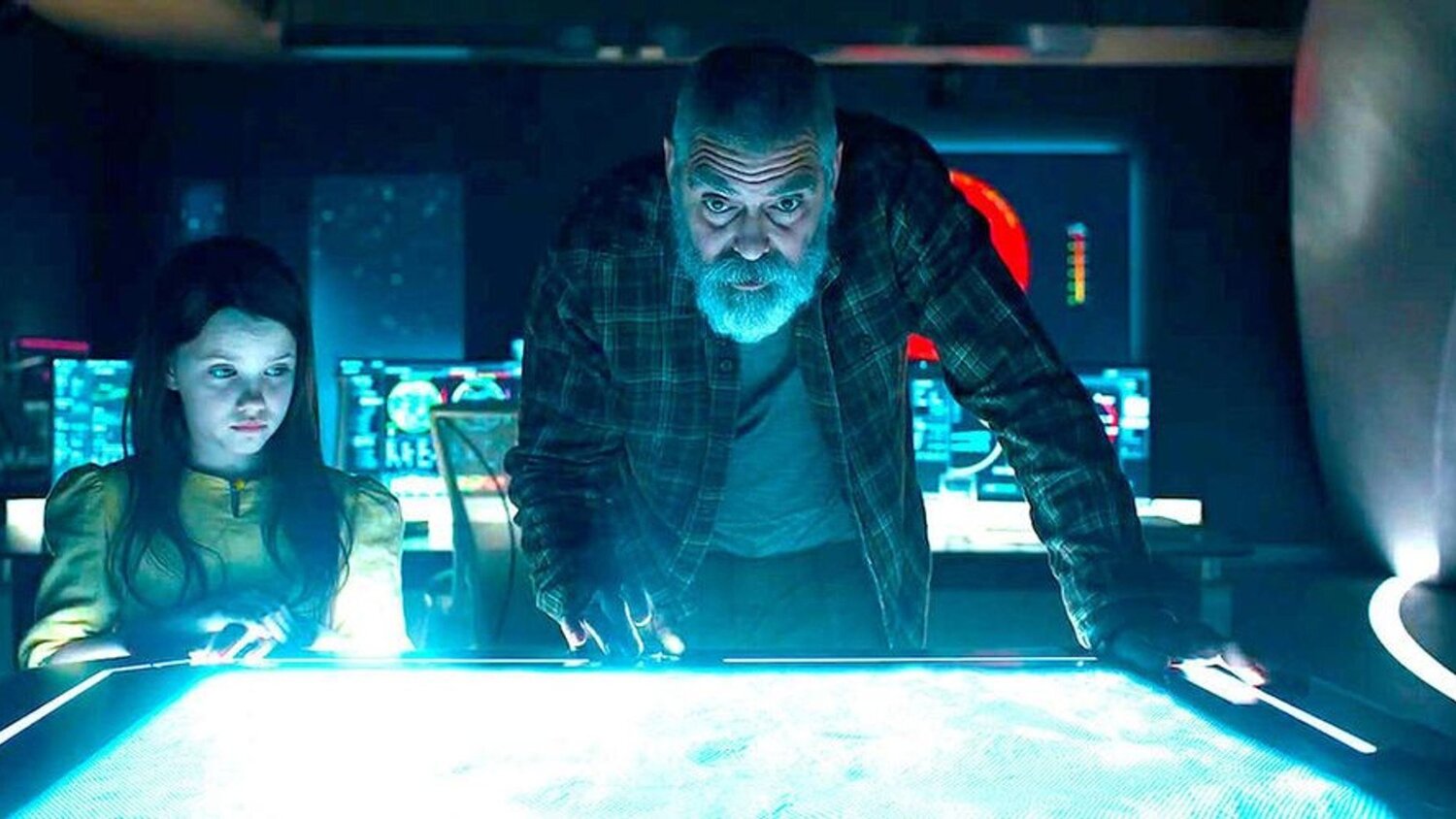 Snow? Isolation? A beard on someone who usually doesn’t have one? The Midnight Sky has a lot more similarities to being quarantined this winter than I think we all expected. George Clooney and Felicity Jones star in this sci-fi adventure that boasts a number of other big names and curiosities. However, some of the moments, set pieces and plot points make this film feel fairly average and shallow instead of its attempts to be surreal and introspective.

If you ever wanted to see George Clooney bearded, unkempt and barfing, this film has that in spades. He does a pretty good job with his character being believably grumpy and tired, but it feels somewhat unnatural when he tries to add some levity and fun in this experience. It’s not his acting that’s the issue or any of the characters performances, the writing just seems a little poorly balanced and oddly paced.

The effects are pretty good, especially being an original on Netflix and partially done through the pandemic. They are well convincing and totally passable, but it is evident that various scenes (especially the ones in space) are done almost completely in CGI. There are a few beautiful moments and artistically, visual moments, but they aren’t carried too far because of the thin plot.