Eric Kripke is anxious. It’s two days before Thanksgiving and the veteran showrunner is already hard at work on the third season of The Boys. He’s three episodes into scripting, things are moving, but something is gnawing at him from deep inside.

“It’s become really fun and breezy to write again,” Kripke admits over Zoom. “That worries me. It’s feeling enjoyable. I should be in intense, deep introspection for this.”

Kripke has every reason to be precarious. In less than a year, he’s given Amazon a critical and commercial smash, and they’re running with it. They gave the early green light for Season 3, and they’ve even commissioned a spinoff series.

Opportunity is expanding right before Kripke’s eyes — and fast. Fortunately for him, Kripke thrives amidst this kind of aggressive expansion, seeing how he more or less redefined the sandbox for television writers years ago with Supernatural.

Like Supernatural, though, Garth Ennis and Darick Robertson’s subversive comic series about misanthropic superheroes offers Kripke a chance to flex his muscles when it comes to world building. In fact, it begs for a guy like him.

The execution speaks for itself. Two seasons in, Kripke has strung together a pervasive web of heroes and villains, a complex arrangement that has afforded some of the year’s most scathing commentaries on our current culture.

“We should always be punching up at the people who are more powerful than us and have more authority,” Kripke stresses. “I think that demonstrates a humanistic worldview.”

That perspective isn’t lost on the show’s devoted fans, among them being Barack Obama. The former commander-in-chief recently praised the series online for “[turning] superhero conventions on their heads to lay bare issues of race, capitalism, and the distorting effects of corporate power and mass media.”

He’s not wrong, and those thoughts line up directly with Kripke’s own vision for the show. Read ahead as Consequence of Sound‘s Showrunner of the Year breaks down his approach to the source material, chews on its myriad themes, shares his favorite needle drops, and explains why The Boys is the perfect Trojan horse for Trump’s America. 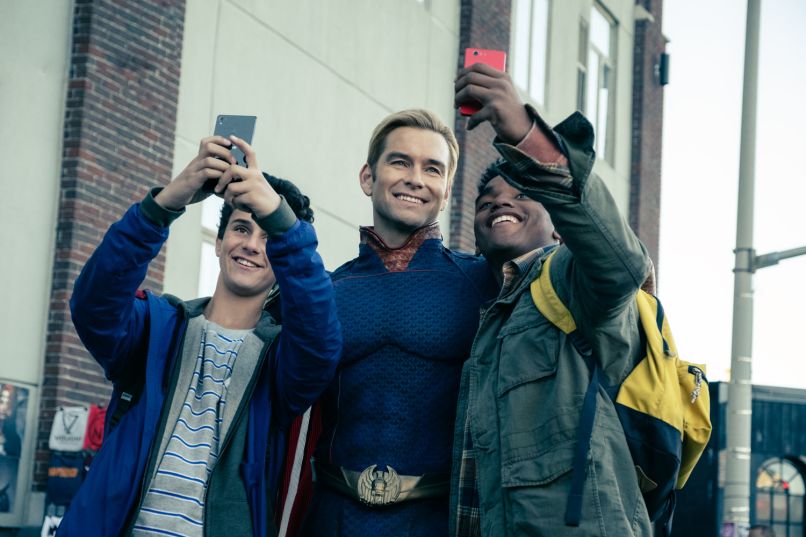 All good genre is subversive metaphor for the real worId. I think the writers and I stumbled into a universe that really perfectly encapsulates the exact second we’re living in — just from Garth Ennis’ incredibly prescient book from over 10 years ago. He presupposed what would happen if there was a complete blending of celebrity and authoritarianism, which was probably embryonic at that time and has since taken over the world.

We took that notion, and said, “Well, that happens to perfectly describe Trump, Boris Johnson, the populist movements, nationalism, America First, white supremacy, and white nationalism…” It was so perfect a metaphor that we just ran with that ball. We got very educated about current events, we were all news junkies, and very intentionally writing inspired by things that were happening in the news that frightened and infuriated us. Then we used the metaphor of superheroes to Trojan Horse it in the middle of this action show.

On the Lack of Nuance in Modern Culture 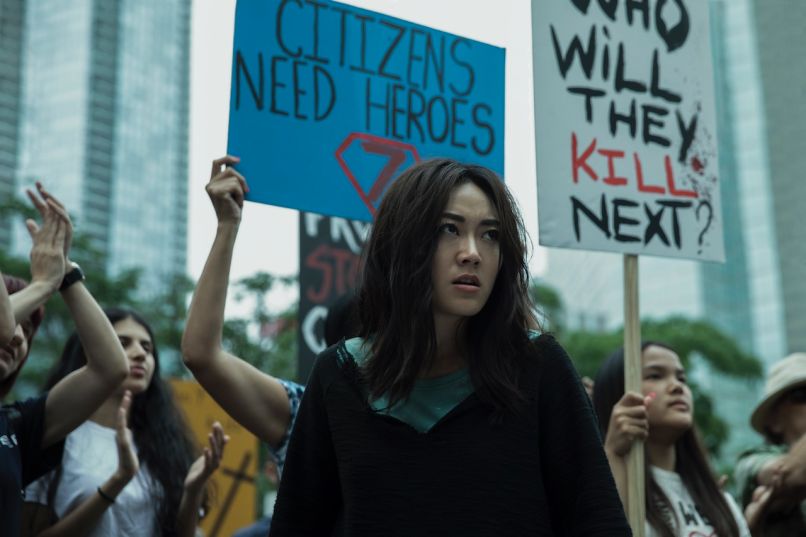 It drives me a little crazy. The problem is that our culture has embraced tribalism and villainizing someone who doesn’t agree with you, and looking at the world in black and white when it’s actually very gray. There are a lot of reasons, obviously, and it’s partisan politics and a sort of zero-sum way our leaders have encouraged us to look at the other side.

I think social media is just a huge, huge part of this. That ability to say whatever you want facelessly, without repercussion or responsibility, has just allowed people to express anger, and angry words affect people. They really do.

Then on top of that, there are the algorithms that keep everybody siloed in their own world. It’s just wild that someone who is a right wing Fox News consumer can go through weeks of their life never reading any of the things I read and vice versa. America used to have, thanks to mass media, a shared experience. And that just doesn’t really happen too much anymore. It’s super horrifying.

There was never any resistance from my studio or my network. I think, by and large, the majority of viewers understood that it’s satire. And we have a very specific rule that we try to follow, which is, it was George Carlin who originally said it: “You always want to punch up. You never want to punch down.”

So, sometimes a joke will make us laugh, and we’ll love it. Then as I ruminate on it, I’ll see that we’re making fun of somebody who or something that actually doesn’t have a lot of power. We shouldn’t be doing that. We should always be punching up at the people who are more powerful than us and have more authority. I think that demonstrates a humanistic worldview.

Seth Rogen said to me, in the beginning, and I really took it to heart, “You can really be as outrageous as you want as long as you really make it clear to the audience that your heart is in the right place.” I feel like, by and large, that’s worked. The one thing I will say, though, and it says quite a lot about America, is that Season 1 had some hard targets, man. We were going after religion. We had to go after corporations and performative wokeness. Those are some heavy targets, and I got almost no blowback from the public.

[Regarding the threats I did receive], it’s only human nature to have to react to anger or hate directed right at you. I’m not gonna lie and say, “No, I think it’s funny.” It affects me. It troubles me and everything, but I think it’s part of my job to not let it affect the work and not let it force me to second guess myself and what I’m doing here. So, no, I take a moment, feel appropriately horrified, and then process my way past it and get back to the work of writing the show.