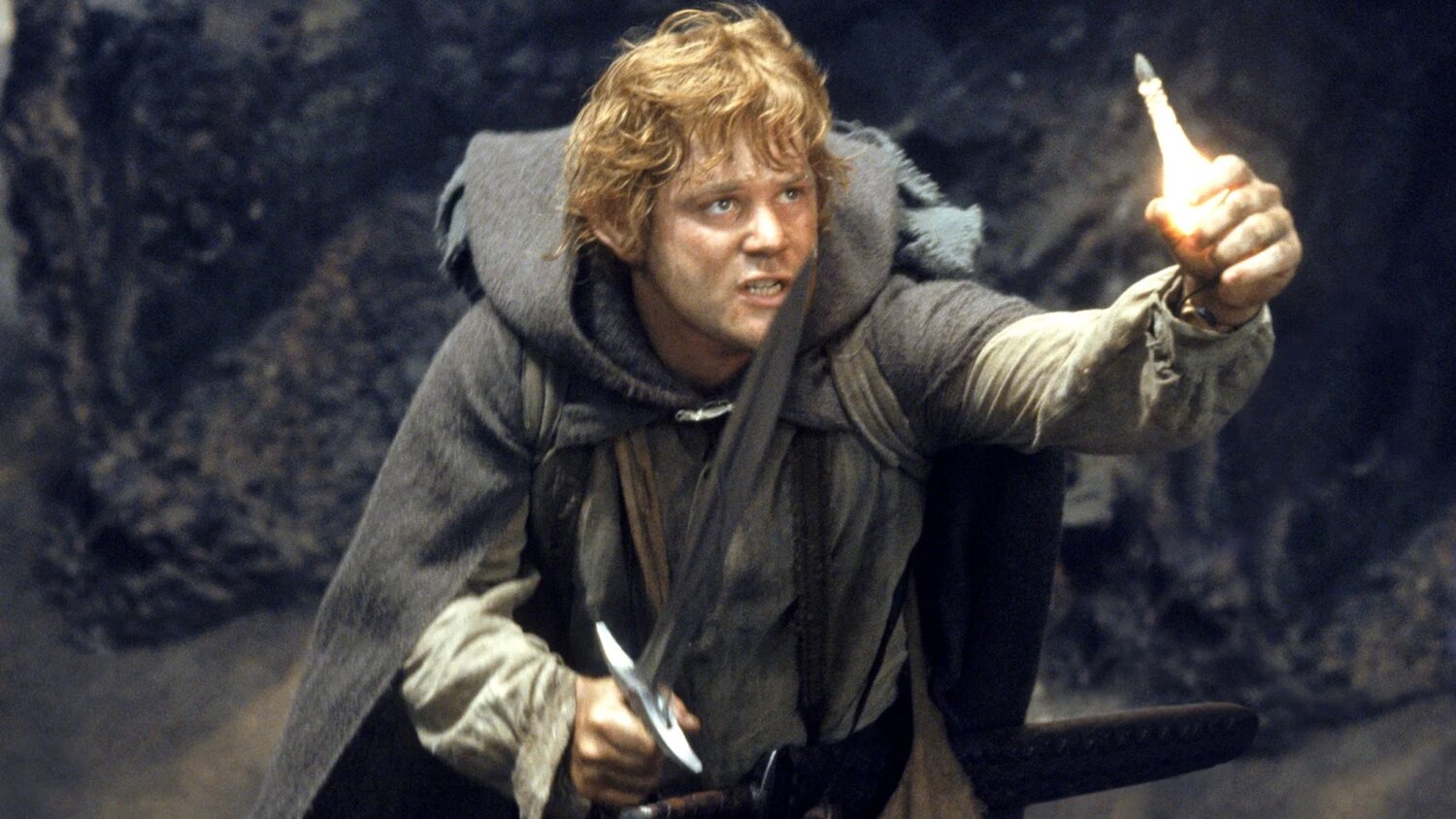 Just a few days ago, we reported a story about Sean Astin in the role of Samwise Gamgee on the set of The Lord of the Rings. Astin recalled that while working on the epic trilogy, director Peter Jackson gave him some tough love to get his head right while playing the role. He called him out in a scene that they had redone many times, saying that he “just didn’t believe” what Astin was doing in the scene, and that was just what he needed to refocus and get his head back in the space necessary to play the part.

In the same podcast with the crew at ReelBlend, Astin talked about the effort it took to use his make believe skills to pull off many of the scenes which utilized CGI in the films. In the CGI-heavy films of the day, many of the creatures in the films were represented by a tennis ball hanging on a stick. Looking at a tennis ball and having to imagine it’s a terrifying monstrous creature is a pretty big stretch when it comes to acting! But Astin seemed to do a pretty good job most of the time. He said of the experience:

“When we first started filming, the film-culture approach to creatures in green screen was Jurassic Park. It was Sam Neill with a pole with a tennis ball on the end of it. And it was like, ‘OK, the T-Rex is the tennis ball.’ But ultimately, at a certain point, if you really focus on the X, the tape X or the tennis ball… it actually, to my eye, it looks like you’re looking behind the animated character. So to me, what I prided myself on at the beginning was being able to see Gollum, or see the spider, or see the cave troll. Like, I could see it [with] my imagination. I just believed it and I could play a scene with an actual cave troll, right there in my mind.”

It was an easier feat when the first film was being made and the franchise hadn’t become the incredible phenomenon it ended up being. Astin said he fumbled a bit in the second film, The Two Towers, saying:

“I spent a week with Jeff Murphy, one of the second unit directors, filming the Shelob fight sequence. And it was really exhausting. You got this big backpack on, and you’re flopping yourself on the ground and scrambling around. And you know, you’d think to look at it like, ‘Oh, you’re a kid just play!’ But I don’t know. I was like, I was tired. It hurt, you know? But we kept doing it. We kept doing it. When we were doing this pickup, I couldn’t see the spider. The camera would come in, and I’d go, ‘Get away from him, you filth,’ or whatever. And I’m like, I can’t see the spider. I can see can some [film] festival. I can see the Oscars. I can see, you know, the Vanity Fair covers that we did. The movie had become this big cultural phenomenon, all the talk shows all the… everything that went along with Lord of the Rings, becoming a part of the culture for a minute there. And I was so disappointed in myself about not being able to see the spider at that moment.”

But, of course, we know he did end up pulling out the shot. He said:

I did, I did reacquire Shelob. And hopefully it shows on screen.

It absolutely does. Astin does an incredible job in the films, which is why Samwise is such a beloved character in those movies. It’s cool to hear the actor talk about his struggles so openly, and hear about what it was like to take on such a physically and emotionally demanding role. Check out the scene below, and let us know what your favorite Samwise Gamgee scene or line is in the comments.