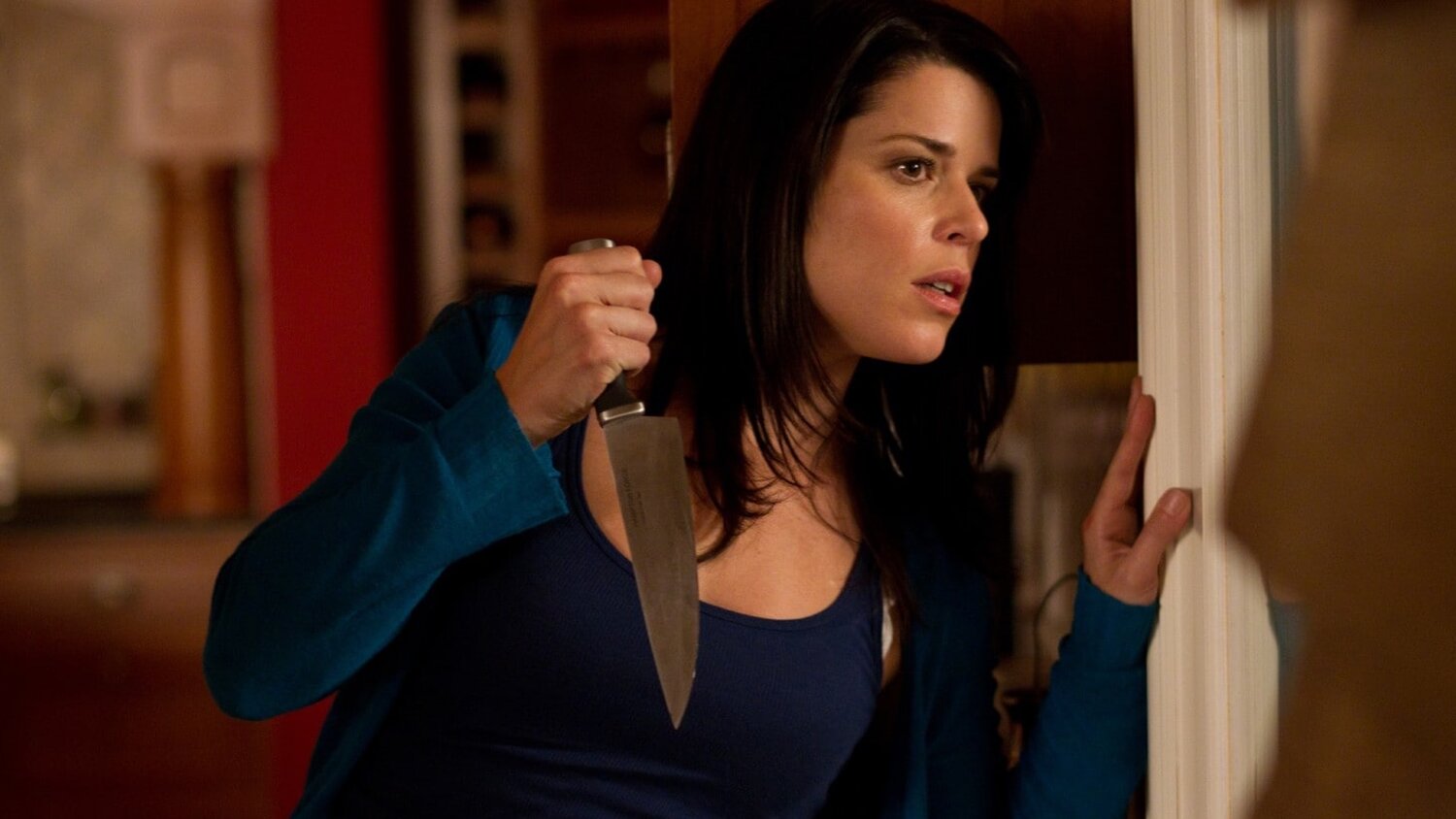 When it was initially announced that we were getting a new Scream movie, I was relieved to learn that it would be a sequel to Wes Craven’s films and not a reboot. Rebooting this franchise just seems ridiculous, especially since the franchise was already rebooted for the MTV series.

Scream will continue the story of the original films and it’s bringing back the legacy characters including Neve Campbell as Sidney Prescot, David Arquette as Dewy Riley, and Courteney Cox as Gale Weathers.

The film is being directed by Matt Bettinelli-Olpin and Tyler Gillett (Ready or Not) and they recently explained why the new movie is a direct sequel to the previous films, rather than a reboot. It seems like a no-brainer as to why they chose this direction, but Gillett explains:

“I think for us we had this fear, and Matt alluded to this earlier, going into reading the script. There’s just so much weight in what those four movies are. This by the way speaks to the legacy characters. The fact that there are so many characters that so many people want to know more about, want to have more story told with these characters. There’s just a level of love and respect for the world that Wes [Craven] and Kevin [Williamson] created. So for us it felt like the only way to do this right was to create connectivity. And a lot of it is also just what the Scream movies are, right? They’re about lineage. They’re about the evolution of pop culture and the evolution of the genre. And you can’t have something new without also giving a nod to what came before it. And paying respect, and giving a bow to what followed.”

That’s exactly what the fans of the original franchise want as well. Rebooting it without the original cast would have made absolutley no sense. They have to continue the story of these characters, and I’m excited to see what the next chapter of the story holds for them. With the directors having so much respect for what Craven and Kevin Williamson did with this franchise, I have high hopes that this sequel will be great.

Tyler Gillett went on to tease how the movie’s mysterious contents will feature both the legacy characters, as well as the group of newcomers, saying:

“And so for us it felt like that was the only right way to do it. To have a connection to the past, and to find a way to create new and interesting characters that would bring a new audience and an old audience together. And hopefully move the whole thing forward in a contemporary and terrifying and fun way.”

The new cast members include Jack Quaid (The Boys), Dylan Minnette (13 Reasons Why ), and Jenna Ortega (You, The Babysitter: Killer Queen). Additionally, actress Marley Shelton is back playing Judy Hicks.

As far as story details go, all we know right now is that “it will follow a woman returning to her hometown to try to find out who has been committing a series of vicious crimes.”