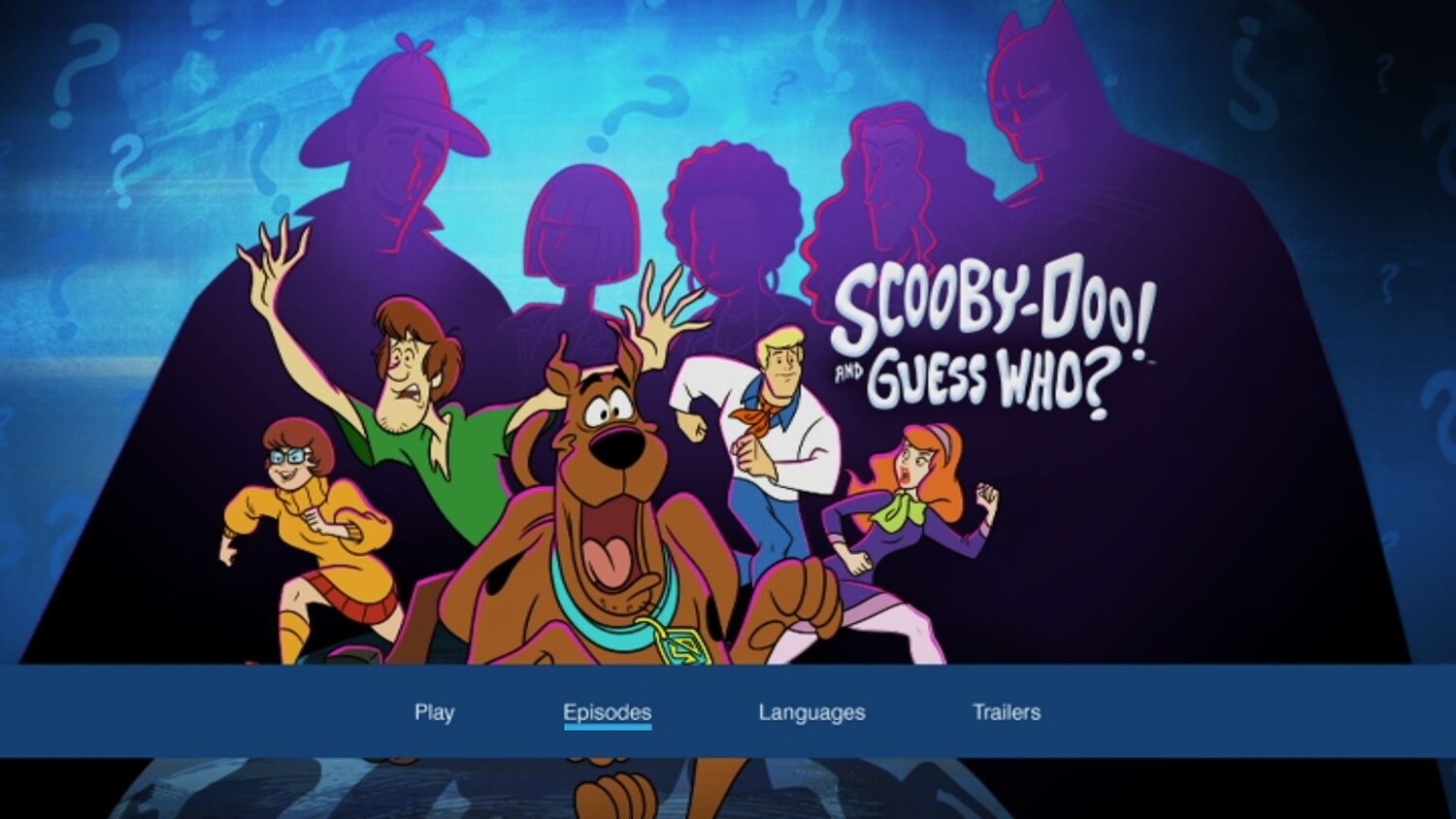 As far as the DVDs are concerned, they’re okay. It’s nice to have physical copies of media sometimes instead of relying on streaming it, but I’m sad that it’s DVDs and not Blu-rays. You really can tell a difference sometimes. The menu (pictured above) is very basic but functional and not nearly as bad as other DVDs I’ve seen. I am a little sad that there are no bonus features though. It would’ve been nice to have something (trailers don’t count in my opinion) behind-the-scenes.

Now let’s talk about the actual show. I’ve briefly talked about it before, but Guess Who? is a solid iteration of Scooby-Doo. Yes, I think they did some missteps, but it’s still fun to watch, even for children. Each episode is roughly 20 minutes and includes a celebrity guest star. This ranges from fictional characters like Batman and Wonder Woman to real life celebrities like Mark Hamill, Steve Buscemi, and Jim Gaffigan.

The mysteries are fun to watch and typically well thought out, but the real flavor for the show comes from those guest stars. The more you care about the celebrity, the more you’ll enjoy the episode. That’s why I’m confused by some of their choices. What kid cares about Steve Urkel (played by Jaleel White) or Jeff Dunham and Darci Lynne Farmer? Yes, these celebrities are designed to target parents, but I don’t know many parents who even know this series exists. I feel like more modern celebrities are the ones that probably work best for the kids. That being said, most kids probably don’t know any of the real-life celebrities as it stands, so maybe this says more about how much I care about them.

The animation style is an interesting one. It feels like they tried modernizing the classic series which gives it a strong retro vibe which should appeal to many. Once again, this isn’t my favorite look, but it does have a certain charm. The voice cast is also incredible with Grey Griffin as Daphne, Matthew Lillard as Shaggy, Kate Micucci as Velma, and Frank Welker as Fred and Scooby.

Out of the 26 episodes in the first season, my favorites include “What a Night, for a Dark Knight!,” “Hollywood Knights!,” and “I Put a Hex on You!.” The celebrities are Batman, George Takei, and The Hex Girls respectively.

Scooby-Doo! and Guess Who? may not be my favorite series in the franchise, but it is a good one. I would definitely consider checking it out with your kids, especially if you’re from the ‘80s. I wish that there was a Blu-ray version for better quality video, but you can also purchase the HD version through digital outlets. You can also stream it through Boomerang.