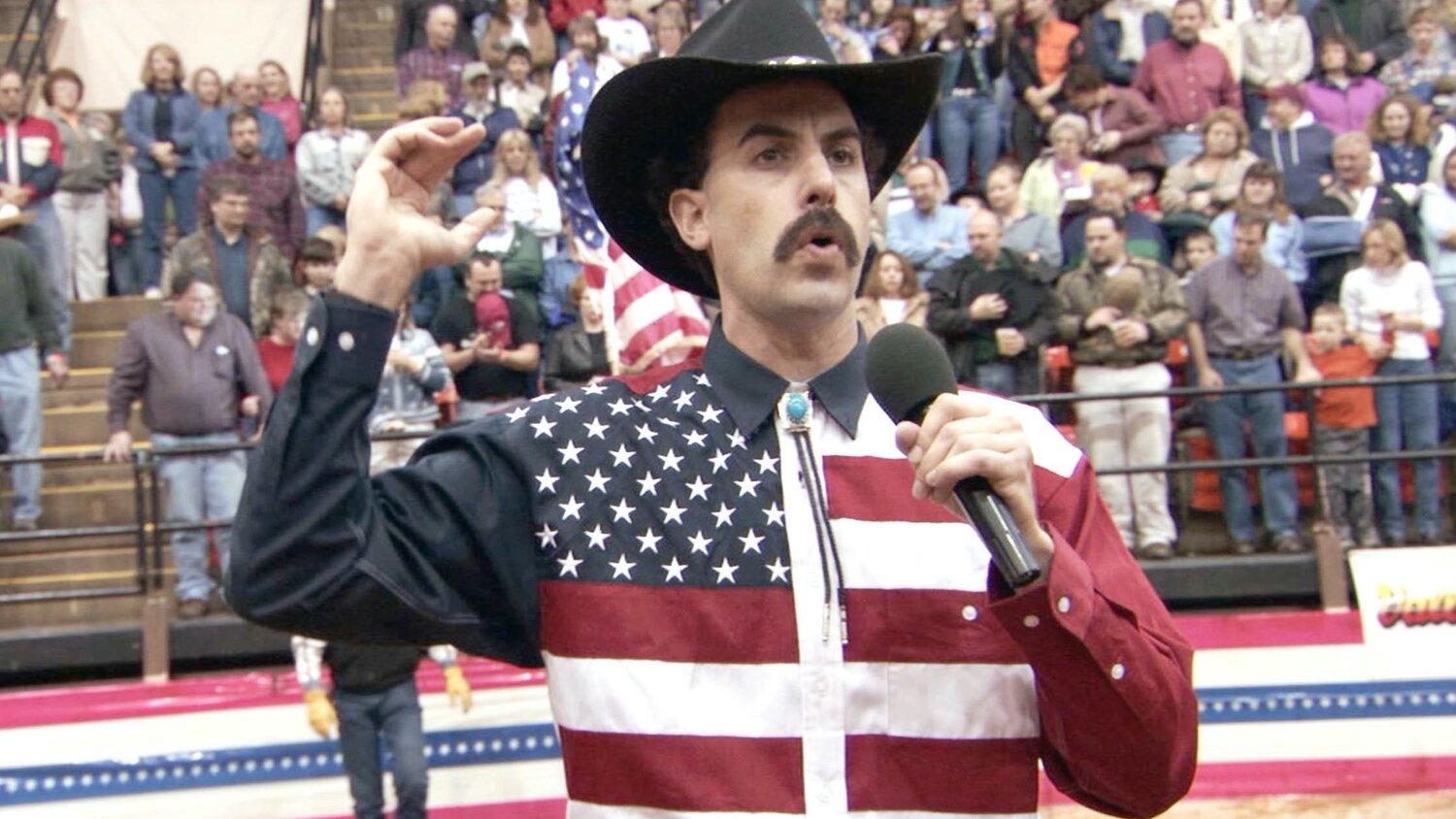 Amazon Studios has acquired the rights to Sacha Baron Cohen’s Borat sequel, which is reportedly titled Borat: Gift of Pornographic Monkey to Vice Premiere Mikhael Pence to Make Benefit Recently Diminished Nation of Kazakhstan. The movie will be released in late October ahead of the presidential election.

According to The Playlist, the Borat sequel finds Cohen’s Kazakh journalist “thinking he’s a big movie star after the success of the original 2006 film made him famous, so he’s trying to hide from the public by pretending to be someone else, and starts meeting and interviewing people incognito.”

The movie has been said to explore a lot of things including Donald Trump’s relationship with the late, notorious sex trafficker Jeffrey Epstein. Mike Pence and Rudy Giuliani will also make appearances in the movie. I’m not sure what a pornographic monkey has to do with anything, but this is Borat, and I guess we’ll find out.

According to Deadline, “Baron Cohen and cohorts flew to various parts of the U.S. and internationally to shoot the film. As he did on the first Borat, the follow-up film Brüno, and his Showtime summer series Who Is America, Baron Cohen risked his life multiple times to shoot the scenes in this film. Indeed, I’m told by sources that he had to wear a bulletproof vest on two different shooting days and on many days, there were risky and dangerous scenarios in shooting.”

Baron Cohen actually managed to do a good job keeping the film under wraps, and he rushed to complete the film and get it released before the presidential election, for obvious reasons.