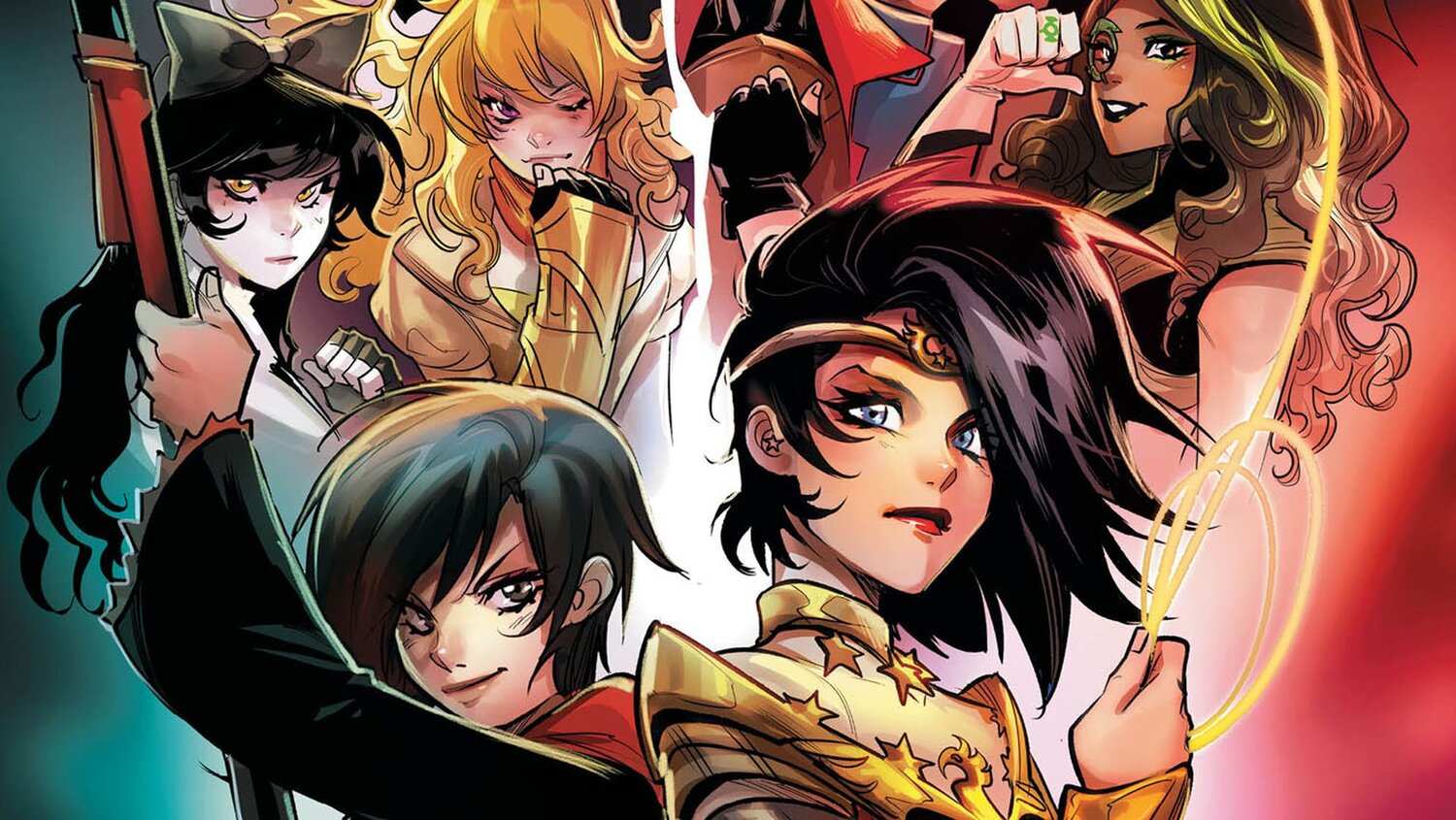 DC and Rooster Teeth are partnering up again and delivering a new comic series that looks absolutely incredible. In RWBY/Justice League, fans will get to see some classic DC heroes reimagined in the world of Remnant, and it looks freaking awesome! We’re going to see new versions of Superman, Batman, Green Lantern, Wonder Woman, Aquaman, Flash, and Cyborg. I wonder what their semblances will be.

The DC Universe and the world of RWBY collide in this new miniseries! Discover the Bruce Wayne, Clark Kent, and Diana Prince of Remnant as Team RWBY comes face-to-face with new versions of DC’s paragons of justice. A new Grimm is running rampant around the island of Patch, and Ruby and Yang must team up with a young farm boy to stop it! Meanwhile, Blake meets a mysterious woman who’s appeared on Menagerie, but what is her purpose? And why does she act like she hasn’t been around modern society?

The series will last for seven issues and is written by Marguerite Bennett with art by Aneke. The covers for all seven issues will be provided by Mirka Andolfo. RWBY/Justice League will be a weekly, digital-first series with the first issue dropping on March 9. The seven print copies will begin releasing on April 27 as a monthly series with each print copy having two digital issues.