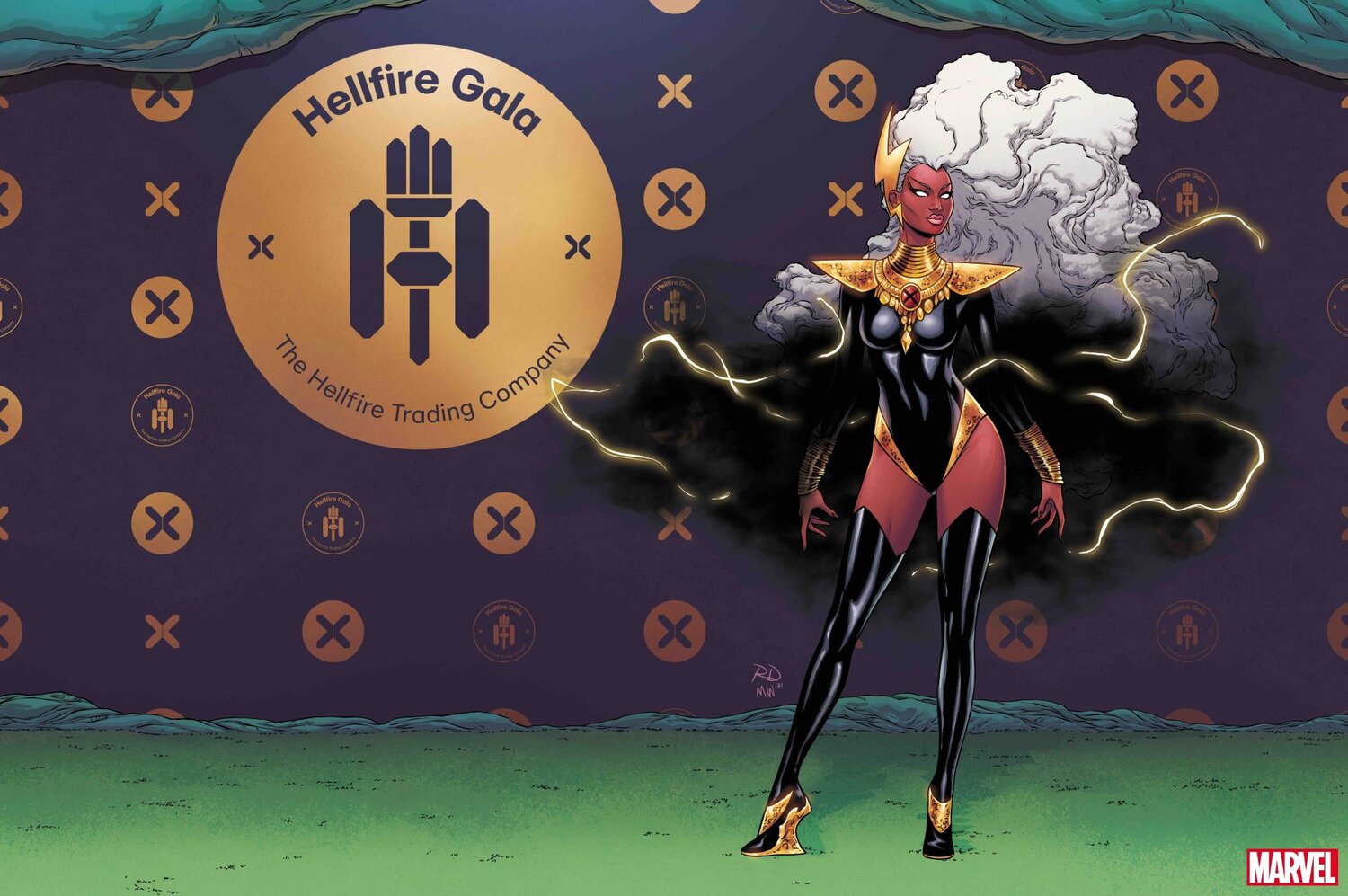 This June, X-Men fans will be able to read about the inaugural Hellfire Gala. During this event, the first team of Krakoan X-Men will be announced and plans for mutantkind will be unveiled. Fans will be able to read the events of the gala across 12 issues of their favorite ongoing X-Men series in addition to the new Planet-Size X-Men one-shot. Of course, this is a gala which means that those in attendance will need appropriate formal wear. Artist Russell Dauterman recently revealed the looks he came up with to Entertainment Weekly. This includes top-tier characters like Storm, Rogue, Cyclops, Emma Frost, and more. Talking about the designs, Dauterman said:

X-Men costumes are one of my favorite things. As a teenager that’s what I would draw the most—doodles of an X-character in all their looks. So, I’m absolutely thrilled—designing costumes for the mutants is top-of-the-list, dream job stuff. The Hellfire Gala is unique and exciting for the X-Men, and this opportunity is really special for me—I tried to have that come across in the character designs. As Emma Frost said, ‘The whole world is watching us now. We must be nothing less than fabulous.’

My general thought was that the Gala aesthetic should be high-fashion X-Men costumes (mutant clothes), not high-fashion human clothes. So I looked at a lot of fashion reference, but tried to think, ‘What would the X-costume version of this be?’ The looks reference and take inspiration from couture by Alexander McQueen, Iris van Herpen, Balmain, Moschino, Givenchy, Versace, Gaultier, Gucci, and more. I also drew from the characters’ past costumes. When I started the project, I was on a Zoom call with the X-writers and editors—we talked about the general direction for the designs, and they sent me reference that they’d been collecting. That was a super helpful jumping off point that I built on with my own research.

You can share which outfit is your favorite on Twitter by using the hashtag #XmenHellfireGala. The Hellfire Gala will kick off on June 2 in Hellions #12, Marauders #21, and X-Force #20. I think my favorite look is either Rogue or Kate Pryde.